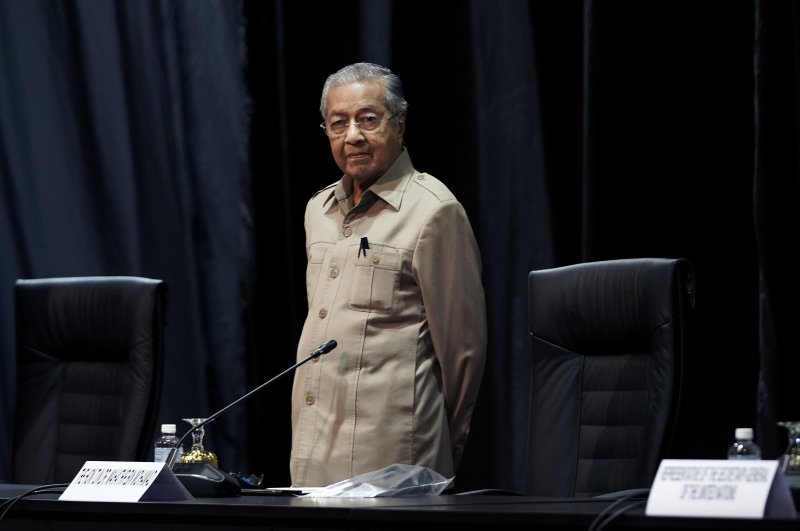 Mahathir, 94, the world's oldest leader, also suffered another blow after his Bersatu party switched allegiance and said it has decided to nominate its president as prime minister.

Mahathir on Thursday said the king would let the lower house of Parliament vote next Monday to elect a new prime minister and that a snap election would be called if there was an impasse. But the house speaker on Friday rejected Mahathir's bid to hold a vote, saying it didn't follow proper procedures and preempted an official decree from the king.

The palace later broke its silence, saying in a statement that the king, Sultan Abdullah Sultan Ahmad Shah, had taken note of the house speaker's decision. It confirmed that the king had been unable to find a candidate with majority support to form a government after interviewing all 222 lawmakers, but said he would “continue to seek a solution in line with the federal constitution.” The palace will now reach out to leaders of political parties to let them nominate candidates for the top job, it said.

The country’s former interior minister, Muhyiddin Yassin, will be the prime ministerial nominee of the party of Mahathir. It signaled Mahathir was giving up on returning as premier himself for the third time but wanted an ally in the role. The former ruling coalition meanwhile said it was nominating Anwar Ibrahim. Anwar's camp is currently the biggest bloc, with control of 41% of the seats, 20 short of a simple majority. The men's stormy relationship dates back to the 1990s when Mahathir sacked Anwar as his deputy, and he was jailed on dubious sodomy charges.