US' Blinken raises concerns over human rights situation in India 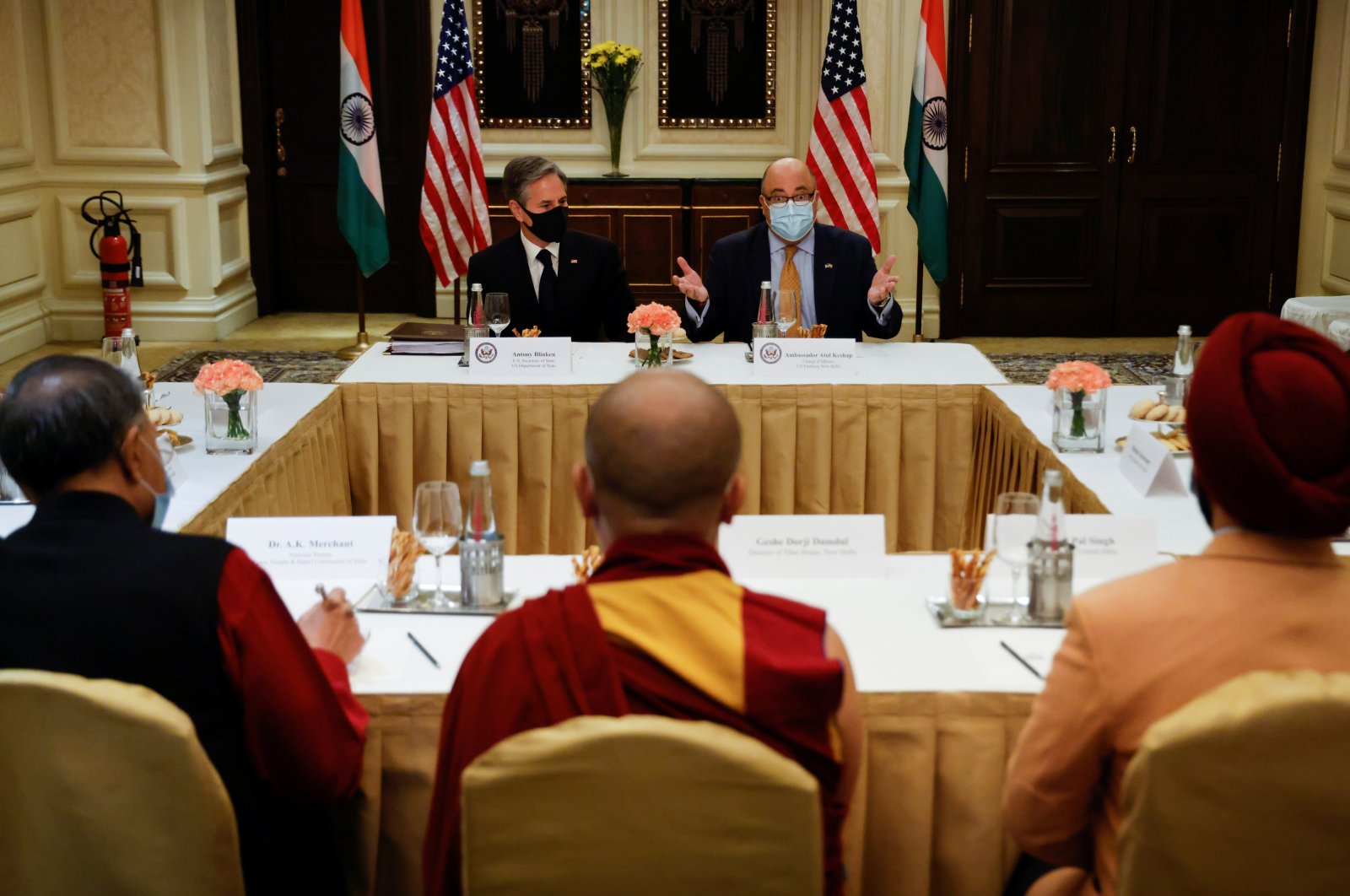 Rights groups say civil liberties and the space for dissent are under increasing attack in the world's biggest democracy under Prime Minister Narendra Modi's government.

Blinken told civil society groups – his first appointment before meeting Foreign Minister Subrahmanyam Jaishankar and Modi – that the United States and India are "connected by shared values" such as rule of law and freedom of religion.

But he added: "Both of our democracies are works in progress ... As I said before, sometimes that process is painful. Sometimes it's ugly. But the strength of democracy is to embrace it."

"At a time of rising global threats to democracy and international freedoms – we talk about a democratic recession – it's vital that we two world-leading democracies continue to stand together in support of these ideals."

Under Modi, India has made growing use of anti-terrorism legislation and "sedition" laws to arrest campaigners, journalists, students and others, critics say.

Earlier this month, an 84-year-old priest and tribal rights activist, charged with terrorism offenses, died after nine months in custody, prompting international outrage including from the U.N. High Commissioner for Human Rights.

The government denies cracking down on criticism and says people of all religions have equal rights.

In the talks proper, Indian officials were expected to express alarm over Taliban gains in Afghanistan and to press Blinken for more support in New Delhi's border standoff with China.

India is part of the Quad alliance with the United States, Japan and Australia, seen as a bulwark against China.

But according to Brahma Chellaney, strategic affairs expert at India's Centre for Policy Research, U.S. backing has "slipped a notch" since Joe Biden took over from Donald Trump as president.

"India is locked in a military standoff with China but unlike top Trump administration officials who publicly condemned China's aggression and backed India, no one in Team Biden has so far lent open support to India," Chellaney told Agence France-Presse (AFP).

India is worried that a possible takeover by the Taliban, which it sees as backed by its arch-rival Pakistan, will turn the country into a base for militants to attack India.

The Taliban welcomed virulently anti-Indian extremists when the Sunni Muslim militants ruled Afghanistan from 1996 to 2001.

A hijacked Indian airliner was flown to the Taliban bastion of Kandahar in 1999.

India, a firm backer of the Afghan government with billions of dollars in development aid, recently evacuated 50 staff from its Kandahar consulate due to the worsening security situation.

The talks in a monsoon-soaked New Delhi were also set to cover joint efforts on making COVID-19 vaccines and climate change.

India, on course to become the planet's populous country, is the world's third-biggest carbon emitter and is on the front line of the ravages of global warming.