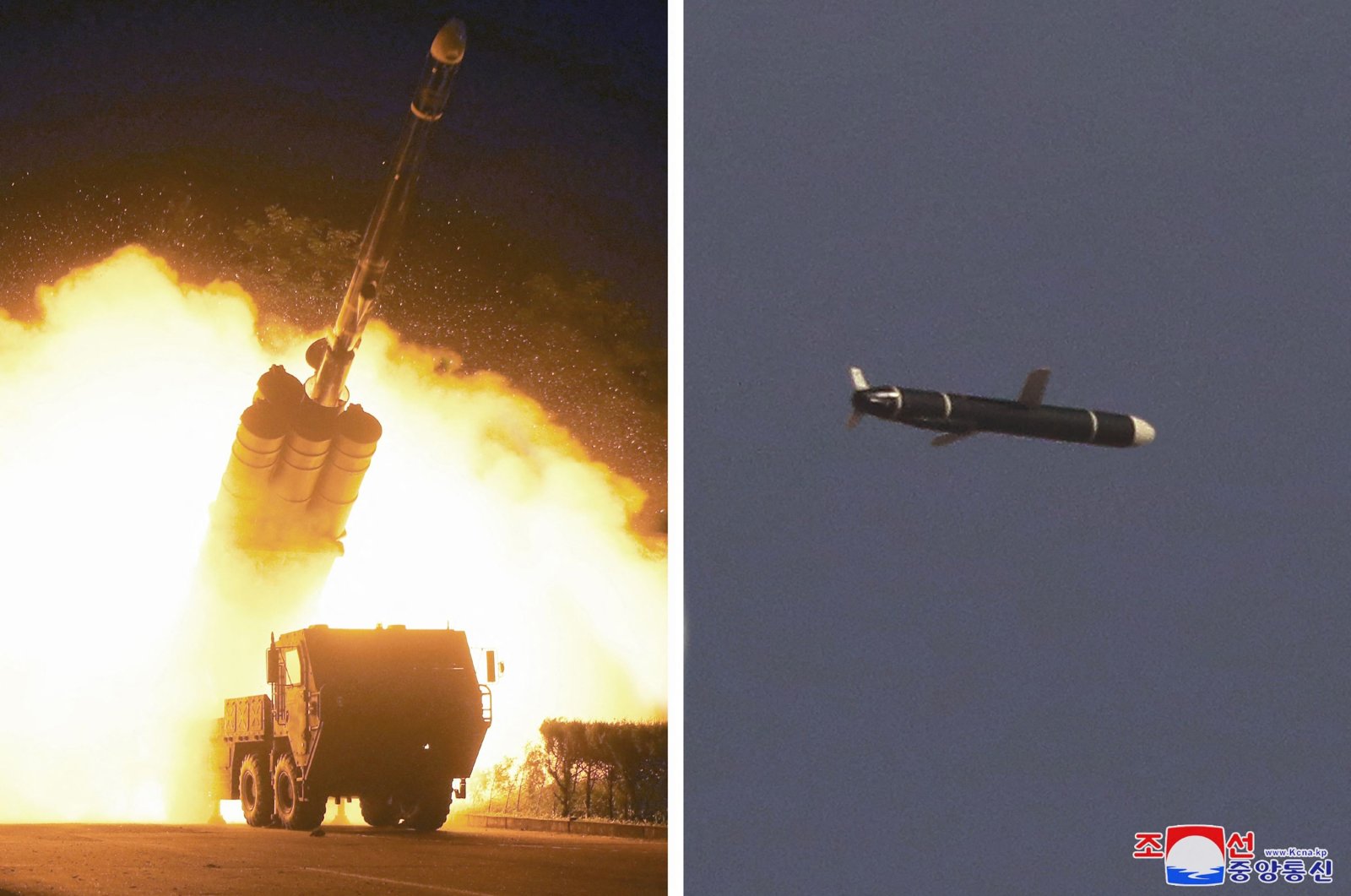 A new type of long-range cruise missile is test-fired in this undated set of pictures released from North Korea’s official Korean Central News Agency (KCNA) on Sept. 13, 2021. (KCNA via AFP)
by REUTERS Sep 14, 2021 10:16 am
RECOMMENDED

North Korea's state media announced Monday what it said were successful tests of a new long-range strategic cruise missile that analysts say could be the country's first such weapon with nuclear capabilities.

"The recent developments in the DPRK are a reminder of the importance of close communication and cooperation from the three countries," Sung Kim, the U.S. special envoy for North Korea, said in his opening remarks, using the initials of the Democratic People's Republic of Korea, its official name.

The three countries have been discussing ways to break a standoff with North Korea over its nuclear weapons and ballistic missile programs, which have drawn international sanctions.

The three agreed "dialogue and diplomacy were urgent to accomplish the complete denuclearization of the Korean Peninsula," South Korea's Foreign Ministry said in a statement.

Denuclearization has been a goal, although not clearly defined, since former U.S. President Donald Trump and South Korean President Moon Jae-in met with North Korean leader Kim Jong Un in 2018.

U.S. President Joe Biden's administration has said it is still prepared to engage with Pyongyang despite the recent missile test but has so far shown no willingness to ease sanctions.

Pyongyang has said it sees no sign of policy changes from the U.S., citing issues such as sanctions as well as joint military drills with South Korea, which it says are preparation for an attack.

While Washington is a close military and economic ally of both Japan and South Korea, ties between the Asian neighbors have often been strained over issues including sovereignty disputes, Japan's 1910-45 occupation of the Korean Peninsula and their wartime history.

Any joint approach to dealing with North Korea would also need to consider China, its main backer.