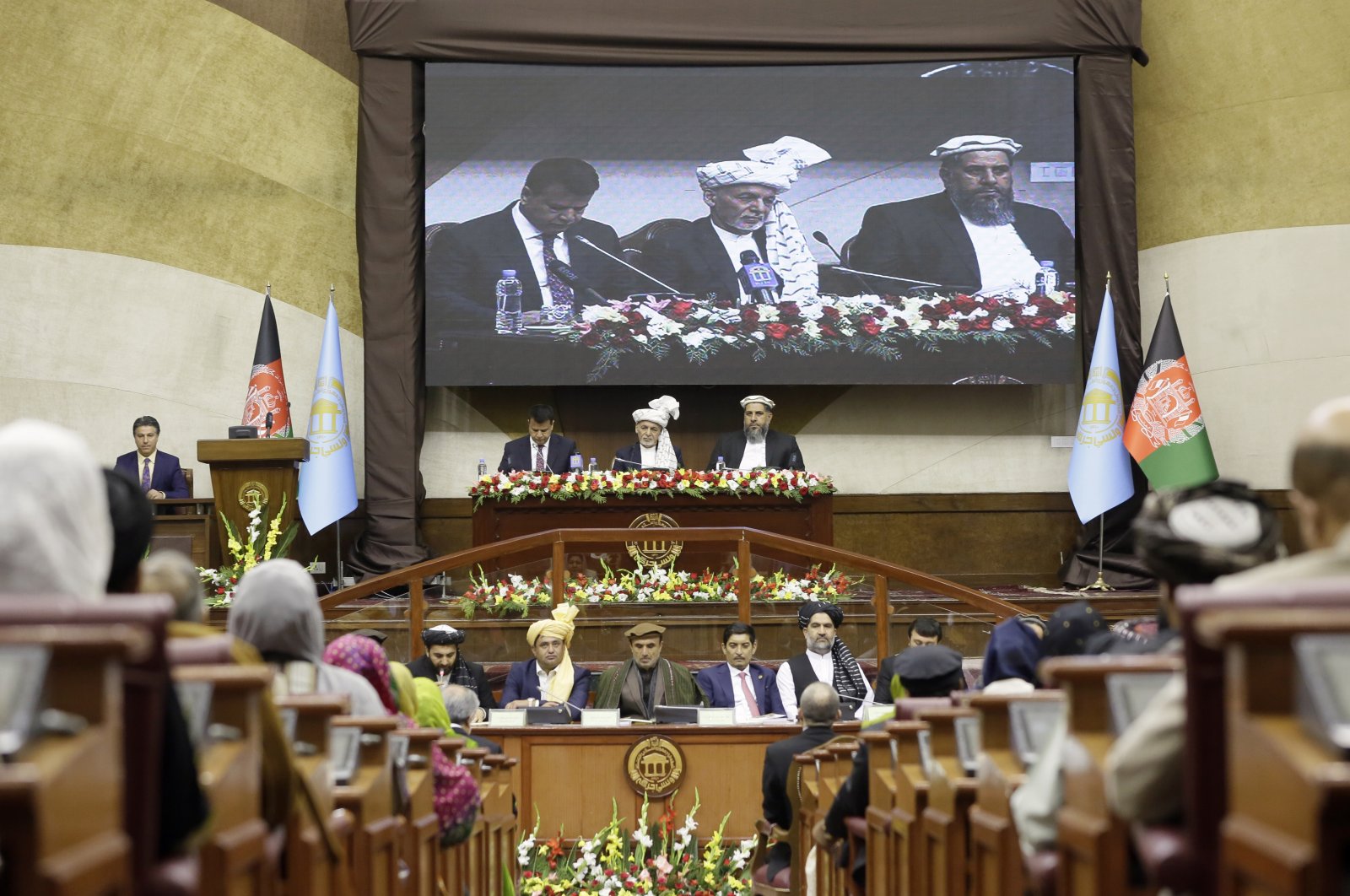 A U.S.-drafted peace plan for Afghanistan, reviewed by Reuters and The Associated Press (AP) on Monday, calls for the current government to be replaced with an interim administration until a new constitution is agreed and elections held while a joint commission monitors a cease-fire. The warring parties have long harbored deep objections to key ideas in the proposal, however.

The U.S. special envoy for Afghanistan, Zalmay Khalilzad, shared the "Transitional Peace Government" proposal last week with Afghan President Ashraf Ghani, opposition and civil society leaders, and Taliban negotiators. Under the interim government, the national parliament could either be expanded to include Taliban members or suspended until after the election, the plan suggests.

It also says that Afghanistan could "not host terrorists or permit terrorist-related activity on its soil" that threatens other countries, and that the Taliban would have to abandon safe havens and military ties "in neighboring countries."

Four political sources in Kabul who spoke on condition of anonymity, including a senior presidential palace official, confirmed the authenticity of a copy of the draft plan seen by Reuters. The plan has been reported by TOLO News and other Afghan outlets.

State Department spokesperson Ned Price told reporters on Monday: "Every idea we have put on the table, every proposal that is out there ... we understand that this process, at its core, must be Afghan-led and Afghan-owned."

The new U.S. administration of President Joe Biden wants to revive stalled peace talks before May 1, when the last 2,500 U.S. troops must leave Afghanistan under a February 2020 deal struck between the Taliban and the former Trump administration.

Secretary of State Antony Blinken last week proposed in a letter to Afghan leaders that Turkey hold a senior-level meeting "in the coming weeks to finalize a peace agreement."

In recent speeches, Ghani has said no interim government would be formed "as long as I am alive.” But Blinken was uncompromising in his letter, which was released by Afghanistan's TOLO TV.

"I am making this clear to you so that you understand the urgency of my tone regarding collective work,” he wrote. In the letter, Blinken said a May 1 deadline for a final withdrawal of U.S. troops is still on the table. Even with America’s $4 billion in aid to Afghanistan's National Security Forces, a U.S. withdrawal could mean quick territorial gains for the Taliban.

Ghani's first vice president, Amrullah Saleh, said the president had received the letter and was unmoved by its contents. He said Ghani was not ready to embrace the secretary of state's accelerated pace toward a settlement.

"We are neither concerned about the letter nor has it changed our position,” Saleh said, according to remarks carried by AP. He thanked the U.S. for its sacrifices and financial assistance over the past 20 years but said the Afghan government won't succumb to dictation. "We will make peace with dignity, but never ... an imposed peace,” he said at a ceremony on the anniversary of the death of a former defense minister. Ghani has been accused by his political opponents of trying to cling to power at all costs.

Fawzia Koofi, one of only four women at the negotiation table in Doha, warned against haste and a May 1 withdrawal of U.S. troops, saying it would cause chaos. She confirmed that all sides had received the U.S.-crafted draft agreement.

"One thing that is important is that Afghan ownership and Afghan leadership must be respected,” she said in a phone interview from Doha. "The process should not be rushed.”

Blinken's letter proposes a revised plan for a 90-day reduction in violence that would prevent the start of a spring offensive by the Taliban and would be followed by a permanent cease-fire laid out in the draft peace agreement. Both sides would stop fighting within hours of the agreement being signed, according to the draft. The Taliban would remove all its military and military structures from neighboring countries – a reference to Pakistan, where the leadership currently resides.

The Taliban have rejected a cease-fire and elections. But a Taliban leader told Reuters that while the insurgents would not join an interim government, they were not opposed to one being formed.

The draft agreement also calls for an independent commission to oversee cease-fire violations. The preamble of the U.S. document says the draft peace agreement is intended to jump-start negotiations. "It sets forth principles for governance, security, and rule of law and presents options for power sharing that could help the two sides reach a political settlement that ends the war,” it says.

The preamble portrayed the draft as a compilation of "ideas and priorities” of Afghans on all sides of the political spectrum. The draft lays out an ambitious road map that protects the rights of all, guarantees elections, demands transparency and a fight against corruption and the illicit drug trade.

It demands guarantees of non-interference from Afghanistan's neighbors and guarantees from Afghanistan that the country won't be used to attack or interfere with another. It proposes the establishment of a "peace government” that would oversee the writing of a new constitution and elections held immediately afterward. The new constitution is to protect the rights gained in the last 20 years since the toppling of the Taliban. According to the draft, the peace government would include separate, but equal branches, including the judiciary, and the executive branch. The draft also said there will be one national government, no parallel governments and no parallel security forces, which would mean an end to Taliban fighters and the many militias loyal to warlords holding sway in Kabul. It promises to protect Islamic values and while an independent judiciary would have the ultimate authority, the High Council for Islamic Jurisprudence would have an advisory role.

"The new peace plan offers a chance for a cease-fire, it offers a chance to bring the Taliban from the battlefield to the talks table to discuss thorny issues of religion and its role in (the state),” without giving them all the power, said Torek Farhadi, former Afghan government adviser. "Afghanistan is bordering on a failed state status and is sure to enter the category immediately after the withdrawal of the foreign forces absent a better political arrangement,” he said, " That is the reality of Afghanistan.”

Laurel Miller, a former acting U.S. special representative for Afghanistan and Pakistan, said the most "contentious" aspect of the U.S. plan is how power would be apportioned within the transitional government. Miller, who now works with the International Crisis Group (ICG), a conflict resolution organization, added that Taliban leaders "haven't even revealed their starting positions in any substance, much less contemplated something like this."

Meanwhile, the United Nations envoy for Afghanistan is due to arrive in Qatar on Tuesday to meet with the Afghan government and Taliban representatives this week, two sources familiar with the talks said. U.N. Secretary-General’s Special Representative for Afghanistan Deborah Lyons was also expected to meet Khalilzad and Qatari officials during the visit, the sources said.