US sails warship near Taiwan amid tensions with China 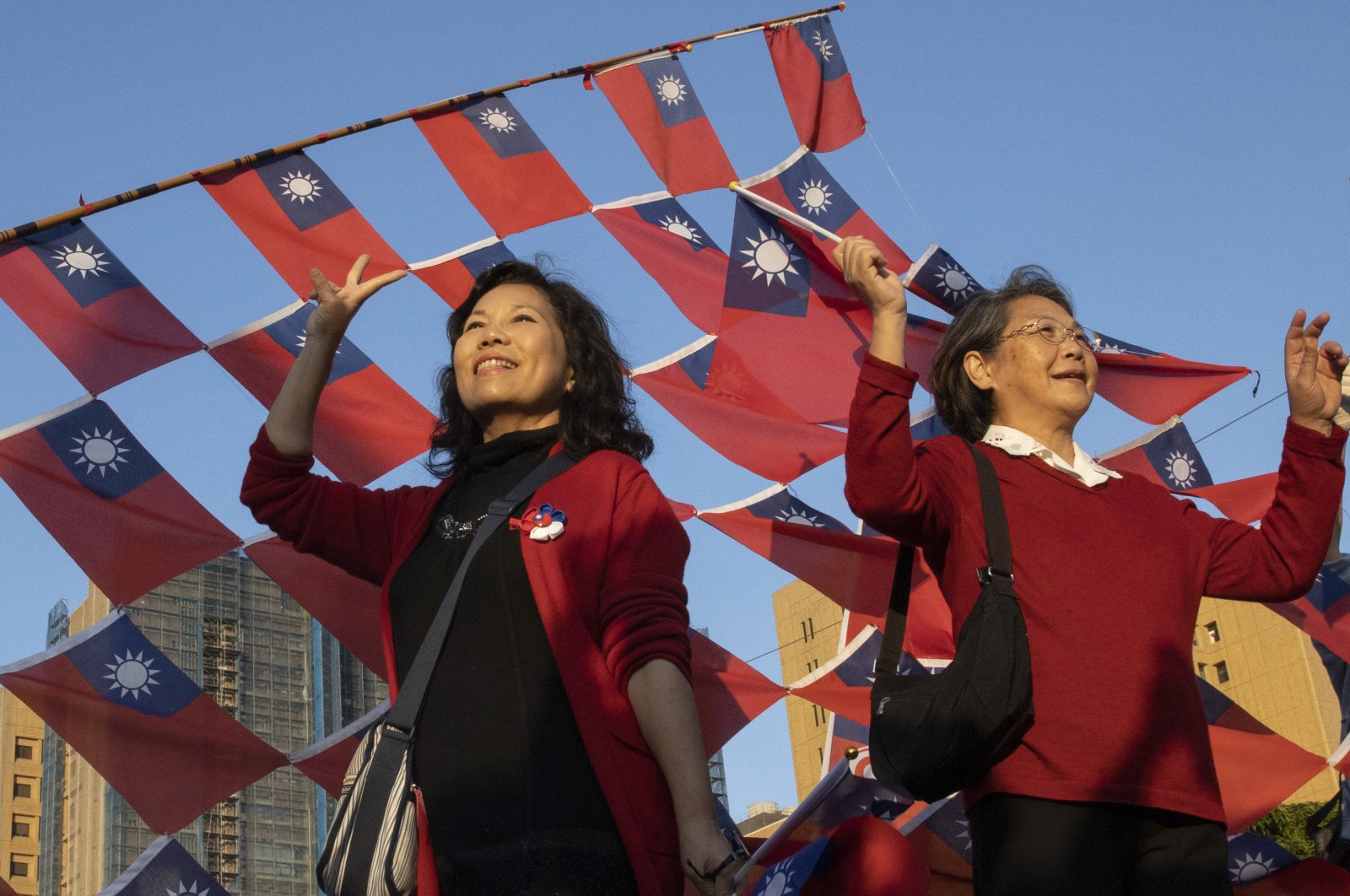 Supporters of the Nationalist or KMT party pose with the Taiwanese flag during a rally for the presidential election in Taipei, Taiwan, Jan. 9, 2020. (AP Photo)
by REUTERS May 14, 2020 1:24 pm
RECOMMENDED

The U.S. navy said on Thursday it had sailed a guided-missile destroyer through the sensitive Taiwan Strait, a week before Taiwan President Tsai Ing-wen's inauguration for a second term in office amid rising tension with China.

China, which considers Taiwan its territory, has been angered by the Trump administration's strong support for the island, such as increased arms sales.

Beijing-Washington ties have also been buffeted by fallout from the coronavirus pandemic and disputes over trade.

The U.S. Pacific Fleet, in a statement on its Facebook page, said the USS McCampbell had transited the narrow strait that separates Taiwan from mainland China on Wednesday, showing pictures of the ship under way.

Taiwan's defense ministry said the ship had sailed south on what it termed an "ordinary mission," adding it was continuing in that direction.

"We hope the U.S. side can appropriately handle the relevant issue, and play a constructive role in regional peace and stability, not the opposite," he said.

Tsai, who will be sworn in for her second and final term next Wednesday, won reelection by a landslide in January, vowing to defend Taiwan's democracy and stand up to China.

Both China and the U.S. have ramped up military activities near Taiwan in recent months, including regular U.S. sailings through the Taiwan Strait, and regular Chinese air force drills near the island.

China operates the Y-8 both as a transport and early warning and electronic warfare aircraft.

Taiwan has denounced the Chinese drills as attempts at intimidation and has told Beijing it should focus its efforts on fighting the coronavirus rather than menacing the island.

China considers Tsai to be a separatist, an accusation she strongly denies.

Late next week, China will open its delayed annual meeting of parliament, where it is expected to release its defense budget for the year, a number closely watched around the region as President Xi Jinping oversees a military modernization plan.