US to prioritize military in final days of Afghanistan evacuation 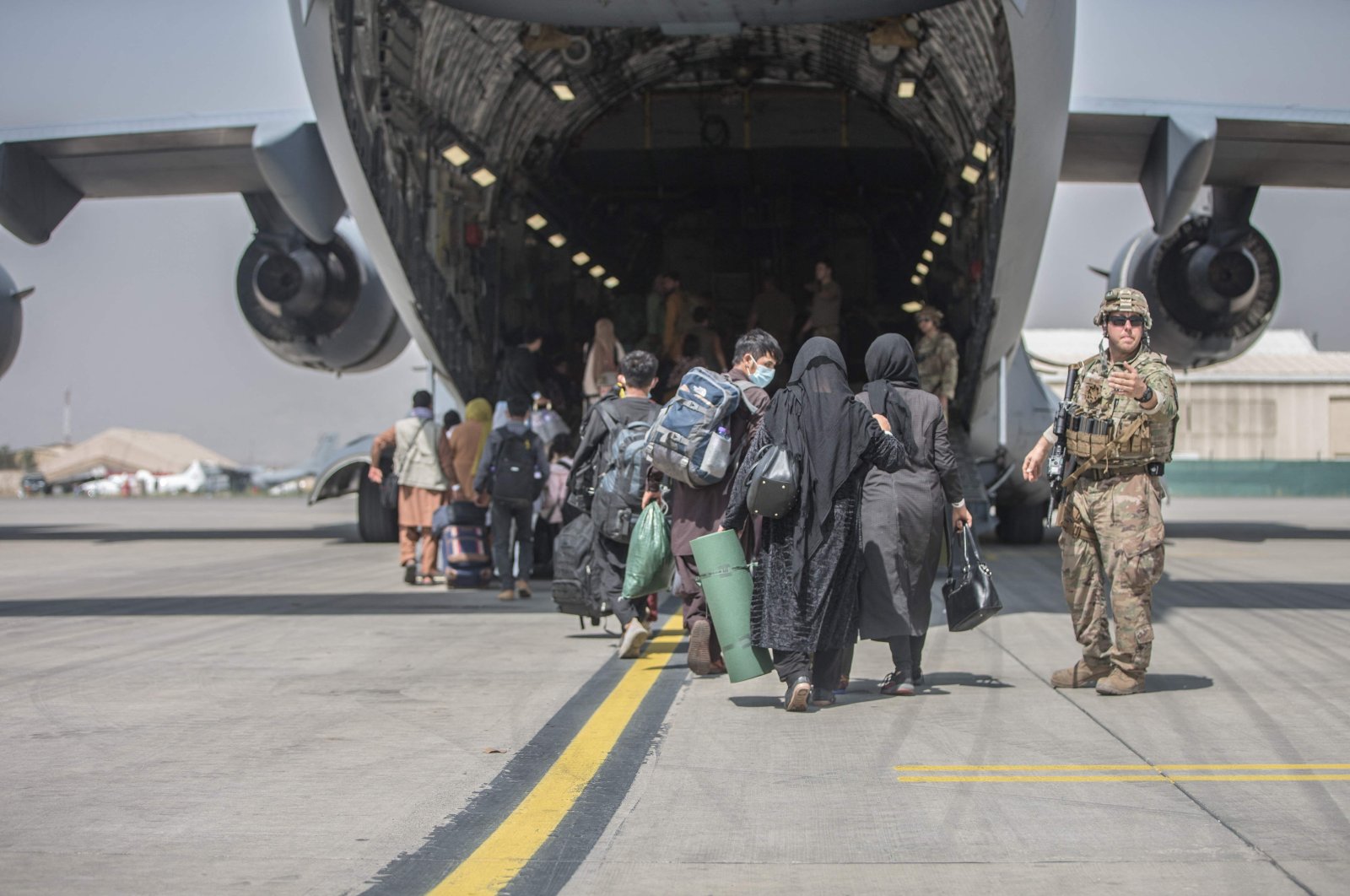 The U.S. military will continue evacuating people from Kabul Hamid Karzai International Airport until the Aug. 31 deadline if needed, but will prioritize the removal of U.S. troops and military equipment in the last couple of days, the Pentagon said Wednesday.

There are about 5,400 troops at the airport, a number that President Joe Biden says is set to go down to zero by the end of the month, depending on cooperation from the Taliban.

Army Maj. Gen. William Taylor, with the U.S. military's Joint Staff, told a news briefing more than 10,000 people were at Kabul airport waiting to be evacuated from Afghanistan.

He said that in the previous 24 hours, 90 U.S. military and other international flights had evacuated 19,000 more people, bringing the total evacuation number so far to about 88,000. He said one plane had departed every 39 minutes.

Pentagon spokesperson John Kirby said that a total of 4,400 American nationals had so far been evacuated from Kabul, but that he did not know how many were still there. Over the weekend, the number stood at about 2,500.

"If you're an evacuee that we can get out, we're going to continue to get you out right up until the end ... But in the last couple of days ... we will begin to prioritize military capabilities and military resources to move out," Kirby said.

In addition to American citizens, both at-risk Afghans and people from such other countries as Canada and Germany have been evacuated over the past 11 days.

Representatives Seth Moulton, a Democrat, and Peter Meijer, a Republican, both of whom served in the Iraq war before running for Congress, said in a statement on Tuesday that they went to Kabul to gather information as part of Congress’ oversight role.

Kirby said the two members of the U.S. House of Representatives who traveled to Afghanistan on Tuesday had taken up scarce resources.

"They certainly took time away from what we had been planning to do that day," he added.

According to the Secretary of State Antony Blinken, the U.S. has evacuated at least 4,500 citizens and their families from Afghanistan since mid-August.

Blinken told a news conference on Wednesday that there was no deadline on the effort to help people who want to leave Afghanistan, both Americans and others, and that that effort would continue "as long as it takes."

When the U.S. evacuation effort began, there were as many as 6,000 American citizens in Afghanistan who wanted to leave, based on a U.S. analysis, Blinken said. The remaining contacts now number around 1,000.

"For the remaining roughly 1,000 contacts that we had, who may be Americans seeking to leave Afghanistan, we're aggressively reaching out to them multiple times a day, through multiple channels of communication," Blinken said.

"From this list of approximately 1,000, we believe the number of Americans actively seeking assistance to leave Afghanistan is lower, likely significantly lower," he said, cautioning repeatedly that the numbers could be changing every hour.

He also said 45 to 46% of the more than 82,000 people who have so far been evacuated have been women and children.

Biden said Tuesday that although he is sticking with his self-imposed Aug. 31 deadline for ending the evacuation, he has asked Austin and Blinken to provide him with contingency plans in the event that timeline needs to be adjusted.