US unclear about May 1 ‘force posture’ in Afghanistan 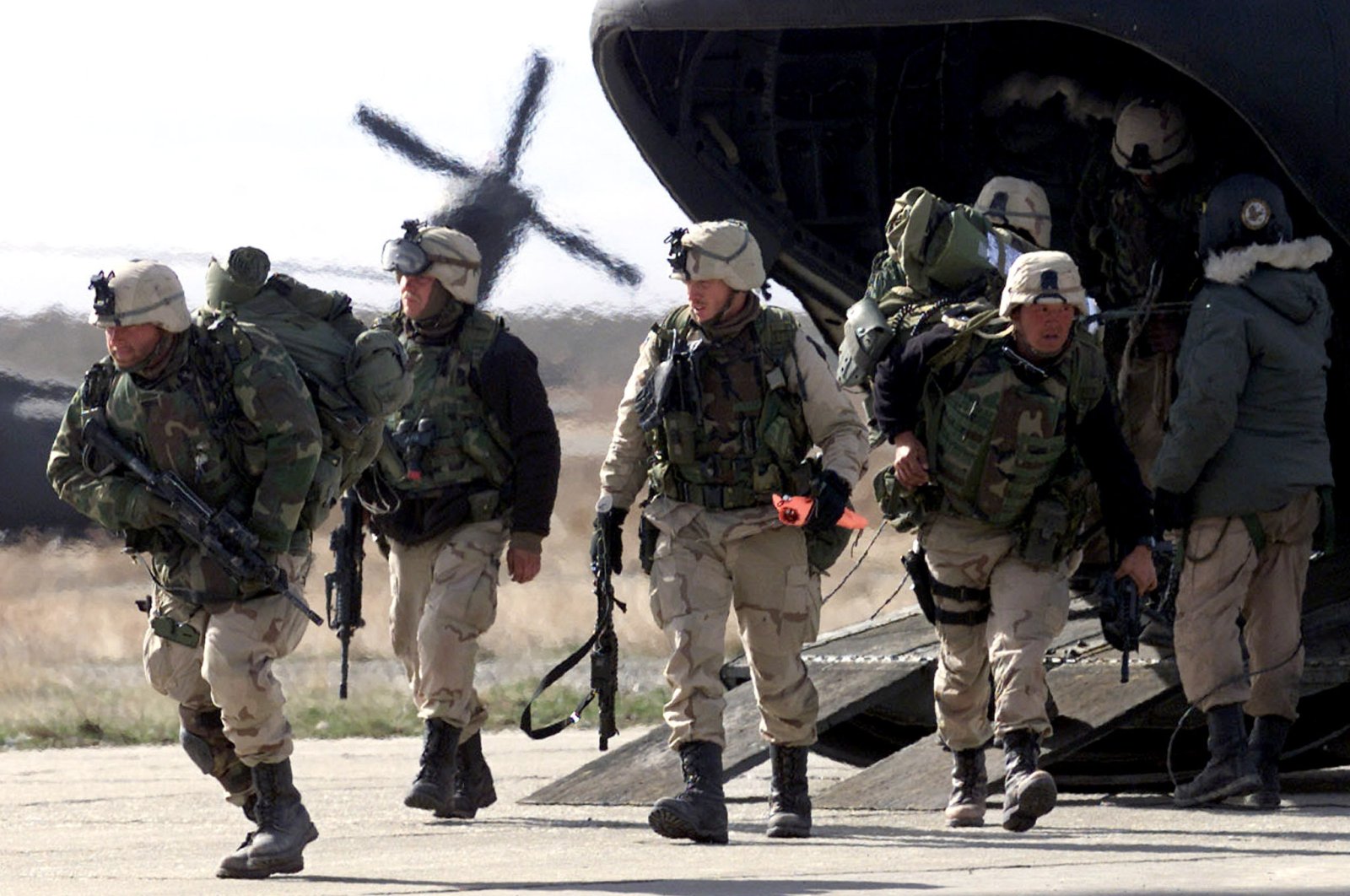 U.S. Army soldiers from the 101 Airborne in full battle gear disembark from a Chinook helicopter as they return to the Bagram base from a week of fighting in the Shahi Kot mountains in eastern Afghanistan, March 11, 2002. (Reuters)
by REUTERS Mar 08, 2021 4:34 pm
RECOMMENDED

The U.S. government said on Sunday all options remain on the table for its remaining 2,500 troops in Afghanistan, saying it has made no decisions about its military commitment after May 1.

The State Department comments came after reports emerged that U.S. Secretary of State Antony Blinken had made a new urgent push for a United Nations-led peace effort that included a warning that the U.S. military was considering exiting Afghanistan by May 1.

Blinken in a letter to Afghan President Ashraf Ghani said the United States is "considering the full withdrawal of forces by May 1st as we consider other options."

The letter, confirmed by senior Afghan officials, was sent to Ghani and Abdullah Abdullah, chairperson of the peace council, and was discussed and explained to Afghan leaders by U.S. peace envoy Zalmay Khalilzad during his visit to Kabul last week, the officials said.

"The letter was handed over to President Ghani and myself two days before the visit of Khalilzad," Abdullah told a gathering in Kabul on Monday. A State Department spokesperson declined to confirm the letter's veracity but said Sunday the U.S. has "not made any decisions about our force posture in Afghanistan after May 1. All options remain on the table."

According to the letter, the U.S. is pursuing high-level diplomatic efforts "to move matters more fundamentally and quickly toward a settlement and a permanent and comprehensive cease-fire."

The letter said the U.S. would ask the United Nations to convene foreign ministers and envoys from Russia, China, Pakistan, Iran, India and the U.S. "to discuss a unified approach to supporting peace in Afghanistan."

It added that the U.S. will ask Turkey to host a senior-level meeting of "both sides in the coming weeks to finalize a peace agreement." Blinken said in the event of a U.S. military withdrawal that he was concerned "the security situation will worsen and that the Taliban could make rapid territorial gains," adding he hoped Ghani would "understand the urgency of my tone."

Peace negotiations between the Afghan government and the Taliban insurgents in the Qatari capital of Doha have largely stalled as U.S. President Joe Biden's administration reviews how to handle the peace process, including troop withdrawal.

Blinken mentioned that Washington had not concluded the review. "We are considering the full withdrawal of our forces by May 1st, as we consider other options," he said in the letter. Violence in Afghanistan has increased recently as peace talks between the Taliban and the government have made no progress. Both sides have said they were getting ready for a "tough" spring offensive.

On Saturday, Ghani said his government was ready to discuss holding fresh elections in a bit to push forward peace talks. Afghan officials and western diplomats said that during Khalilzad's visit to Kabul he discussed the idea of an interim government after bringing Afghan leaders together for a multilateral conference outside the country.

A Taliban spokesperson in Doha said the group has received a proposed draft plan for the peace process and was reviewing it. Ghani has strongly opposed the idea of the interim government and said any new government should be formed through elections.