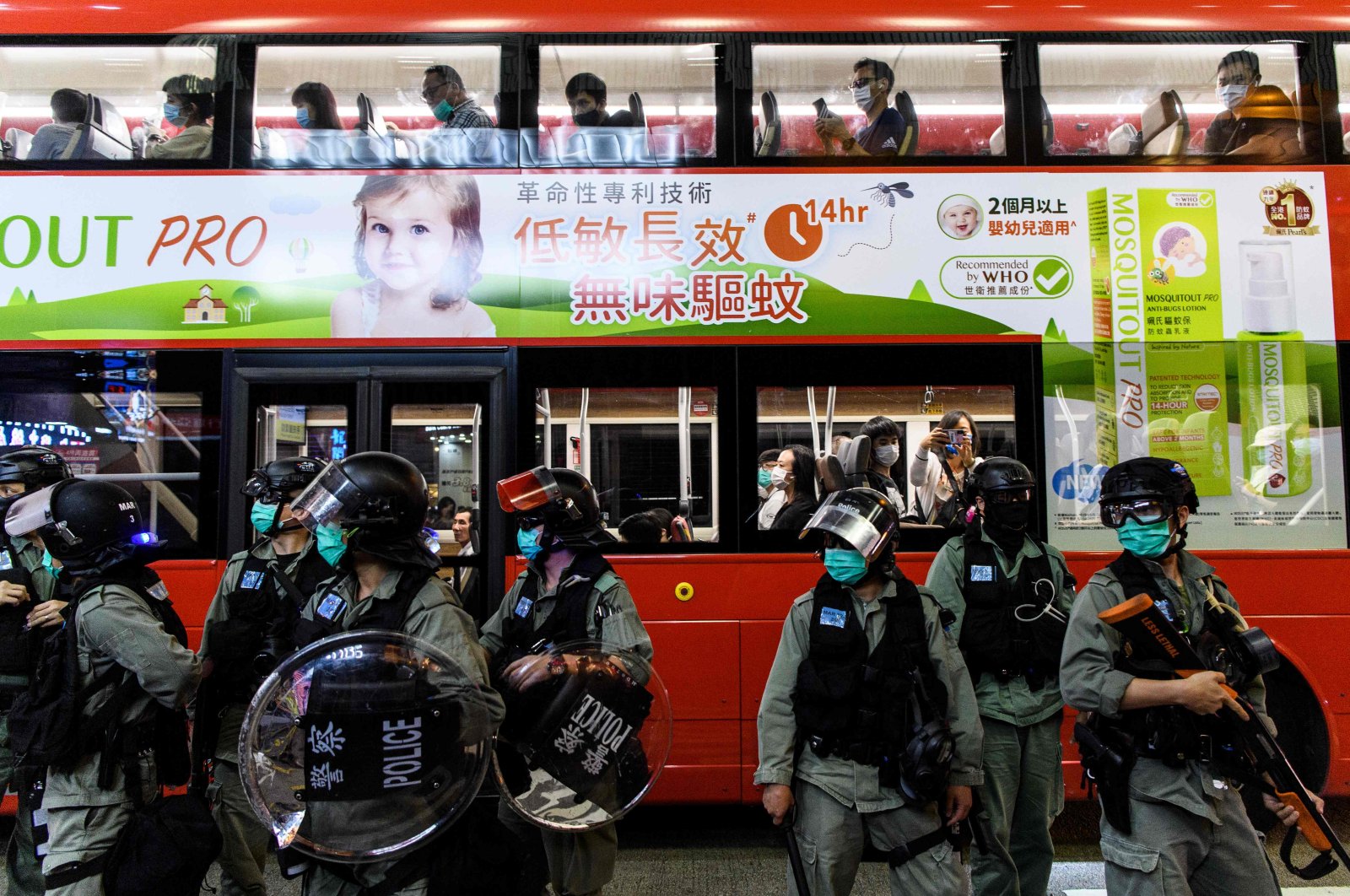 Commuters are driven past a group of riot police on a street after an anti-government protest took place in a shopping mall, Hong Kong, May 13, 2020. (AFP Photo)
by Compiled from Wire Services May 15, 2020 1:25 pm

Accusations of police brutality must not be used as "a weapon of political protest," Hong Kong's police watchdog said in a report on Friday, adding that the Chinese-ruled city appeared to be getting dragged into an "era of terrorism."

The Independent Police Complaints Council (IPCC) said its report did not tackle the individual accountability of officers but recommended a review of guidelines for the use of teargas and training for officers in public order policing.

The IPCC studied officers' behavior in the months after June 2019, a period in which the Asian financial hub was roiled by some of the biggest and most violent demonstrations in decades. "It cannot be overemphasized that allegations of police brutality must not be made a weapon of political protest," the report said. "That is a legal and not a political matter."

Hong Kong was battered by seven months of democracy protests last year that upended the city's reputation for stability and left it deeply polarized. The protests were initially sparked by a now-scrapped bill to allow extraditions to China's party-controlled courts. But they soon snowballed into a popular revolt against Beijing's rule after years of rising fears that the city's freedoms were slipping. Millions attended peaceful marches, but violence routinely broke out with masked protesters throwing petrol bombs and rocks against riot police armed with teargas and rubber bullets.