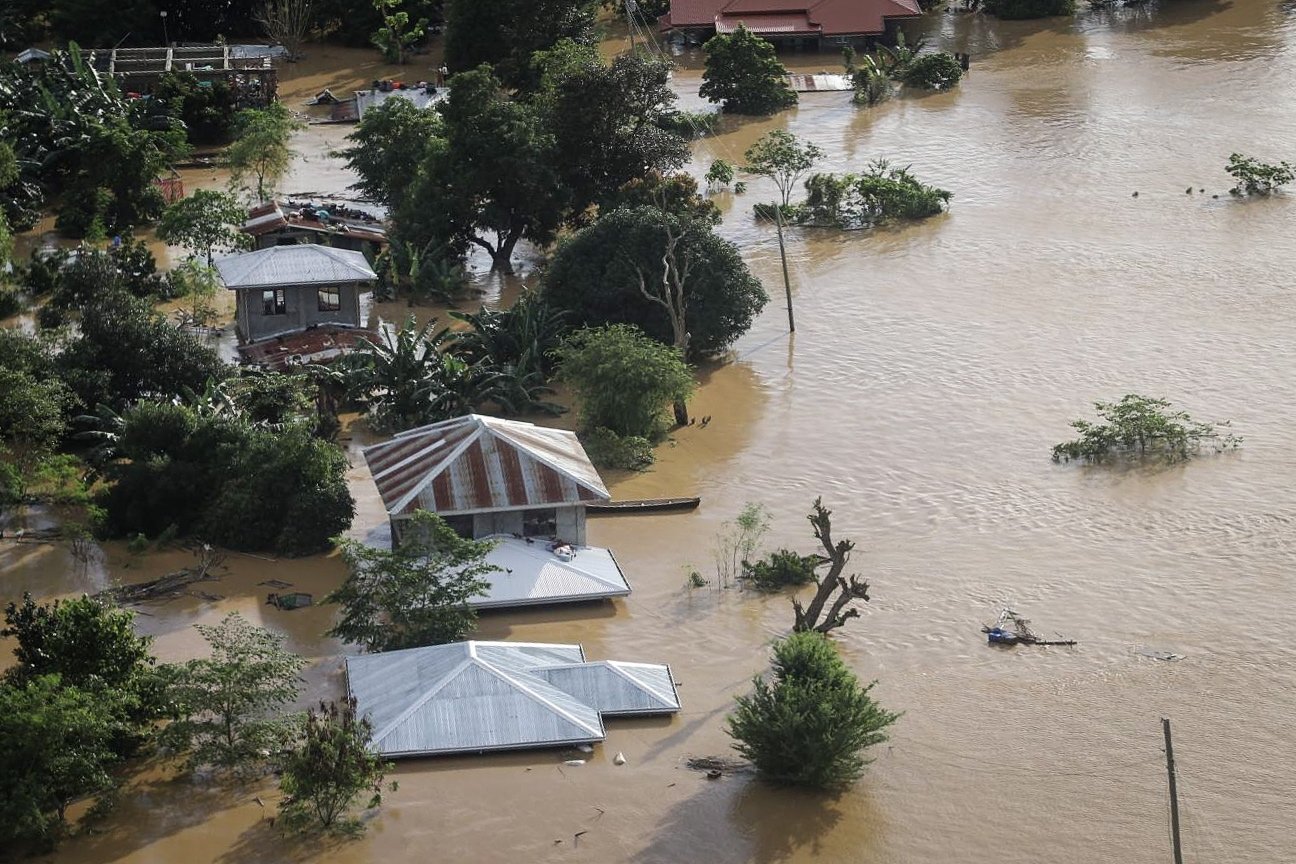 A handout photo made available by the Philippine Coast Guard shows an aerial view of houses submerged in water following the aftermath of typhoon Vamco in the Cagayan region, northern Luzon, Philippines, Nov. 14, 2020. (EPA Photo)
by Reuters
Nov 15, 2020 1:55 pm

The death toll from the deadliest cyclone to hit the Philippines this year has reached 67. Many areas remain submerged in the northern region which was hit by the worst flooding in more than four decades, officials said on Sunday.

President Rodrigo Duterte flew to Tuguegarao province to assess the situation in the Cagayan Valley region, which was heavily flooded after Typhoon Vamco poured down on swathes of the main Luzon island, including the capital, metropolitan Manila.

Twenty-two fatalities were recorded in Cagayan, 17 in southern Luzon, eight in Metro Manila and 20 in two other regions, said Mark Timbal, the disaster management agency spokesperson.

Twelve people were still missing and nearly 26,000 houses were damaged by Vamco, he added.

"This is the worst flooding that we had in the last 45 years," Cagayan Governor Manuel Mamba said during a briefing with Duterte. "We see that it is worsening every year."

The accumulated effects of weather disturbances and huge volumes of water from a dam affected thousands of families in Cagayan, some of whom had fled to rooftops to escape two-story-high floods.

Six cyclones hit the Philippines in a span of just four weeks, including Vamco and Super Typhoon Goni, the world's most powerful this year.

Mamba also complained of the forests being stripped in Cagayan, prompting Duterte to order him to curb logging operations in the province.

"We always talk about illegal logging and mining, but nothing has been done about it," Duterte said.

Relief and rescue operations continued in Cagayan, even as the nearby Magat Dam was still releasing water, two days after releasing a volume equivalent to two Olympic-size pools per second, based on government data.

Vamco, the 21st cyclone to hit the Philippines this year, also caused the worst flooding in years in parts of the capital.