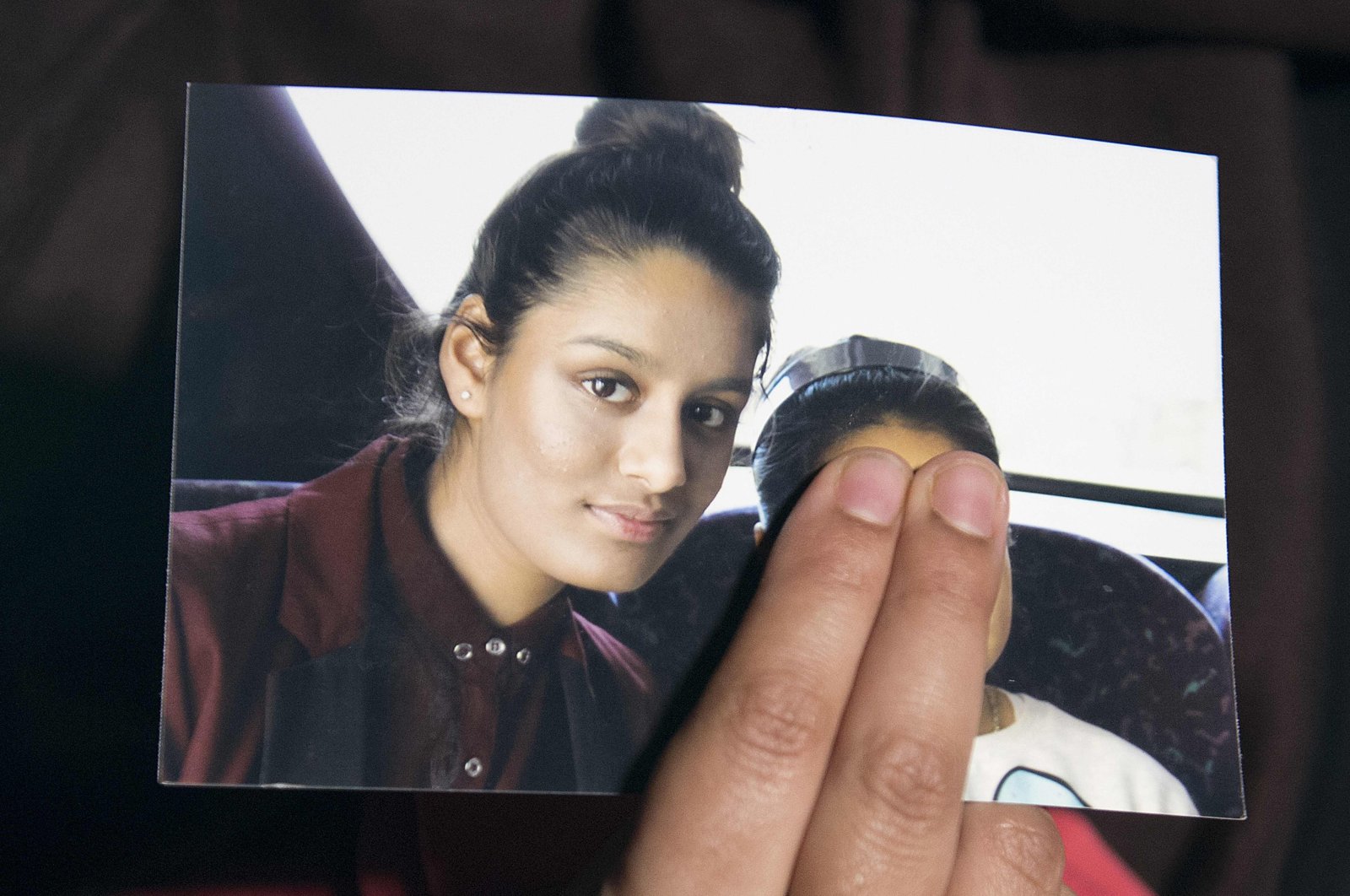 Renu, the eldest sister of British-born Shamima Begum, holds a picture of her sister while being interviewed by the media in central London, Britain, Feb. 22, 2015. (AFP Photo)
by Compiled from Wire Services Jul 16, 2020 3:44 pm
RECOMMENDED

A British-born woman who as a teenager ran away to join the Daesh terrorist group won the right Thursday to return to Britain to fight for the restoration of her citizenship, which was revoked on national security grounds.

Shamima Begum, who was born to Bangladeshi parents, left London in 2015 when she was 15 and went to Syria with two school friends. In Syria, she married a Daesh fighter and lived in the terrorist group's self-declared capital.

She was discovered, nine months pregnant, in 2019 in a detention camp in Syria. Her newborn baby died soon after she gave birth. Two of her other children also died under Daesh rule. Britain stripped her of citizenship on security grounds as its domestic intelligence agency considered her a security threat.

But three judges from England's Court of Appeal unanimously agreed Begum could have a fair and effective appeal of that decision only if she were permitted to come back to Britain.

"Fairness and justice must, on the facts of this case, outweigh the national security concerns," judge Julian Flaux wrote in a ruling. "I consider that Ms. Begum’s claim for judicial review of the decision of SIAC (Special Immigration Appeals Commission) ... succeeds."

The judge said that if Begum, who is now 20, was considered a security threat, and if there was sufficient evidence, she could be arrested on her return to Britain.

"If the Security Service and the Director of Public Prosecutions consider that the evidence and public interest tests for prosecution for terrorist offenses are met, she could be arrested and charged upon her arrival in the United Kingdom and remanded in custody pending trial,” the decision further said.

Begum angered many Britons by appearing unrepentant about seeing severed heads and saying a suicide attack that killed 22 people in the English city of Manchester in 2017 was justified.

She had pleaded to be repatriated to rejoin her family in London and said she was not a threat.

Britain's interior ministry said the court's decision was "very disappointing" and that it would apply for permission to appeal against it.

"The government’s top priority remains maintaining our national security and keeping the public safe," an interior ministry spokeswoman said in a statement.