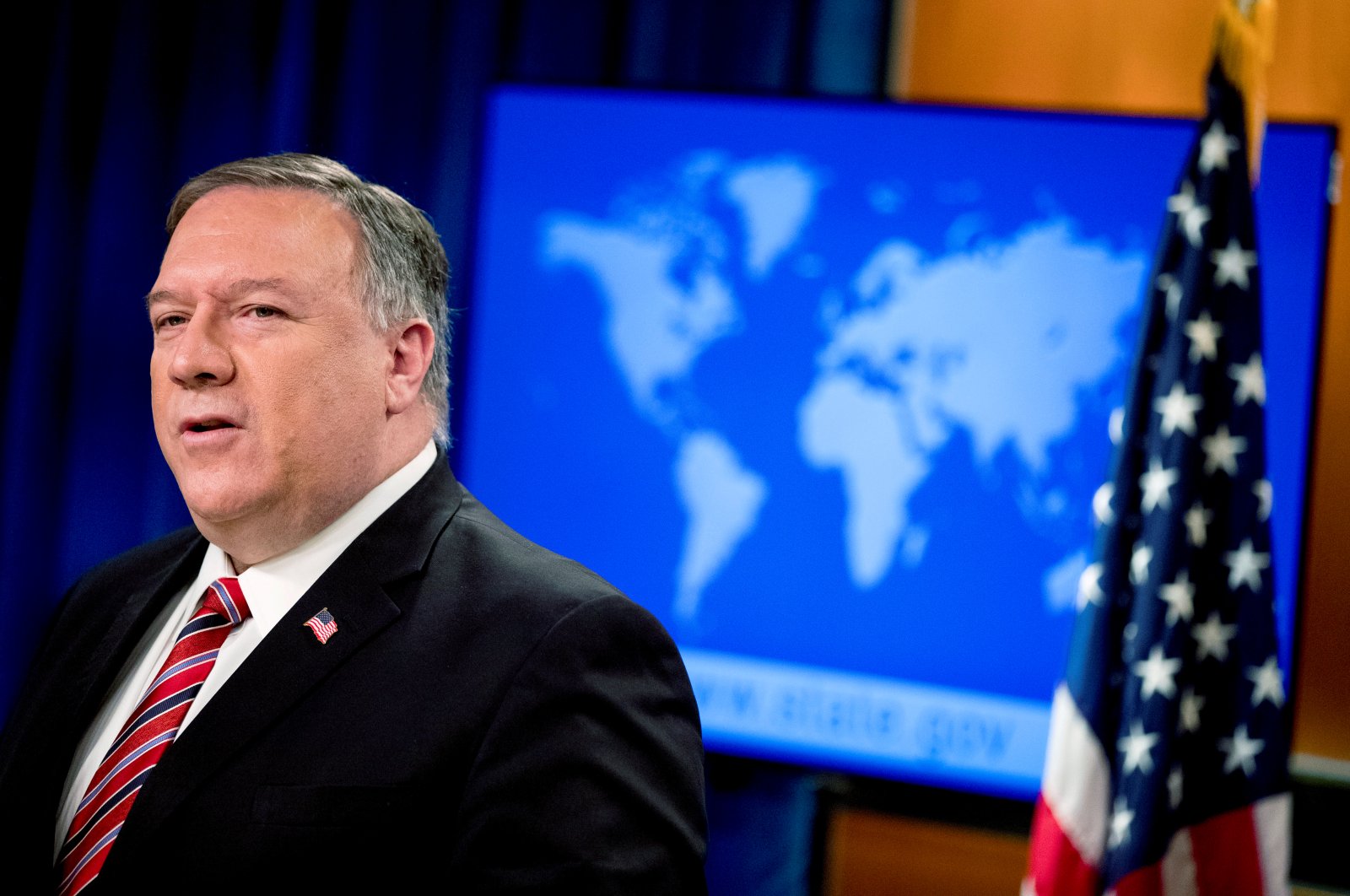 Pompeo on Sunday said "enormous evidence" showed the virus originated in a lab in China, doubling down on previous claims that have been repeatedly denied by the World Health Organization (WHO) and various scientific experts.

The theory has been heavily pushed by the Trump administration, which has been increasingly critical of China's handling of the outbreak that first emerged in the Chinese city of Wuhan late last year.

Since then, the virus has killed more than 247,000 people and 3.5 million have been infected worldwide.

Titled "Evil Pompeo is wantonly spewing poison and spreading lies," the harshly-worded commentary cited WHO executive director Mike Ryan and Columbia University virologist W. Ian Lipkin, who claimed that the virus is natural in origin and was not manmade or leaked from a laboratory.

"These flawed and unreasonable remarks by American politicians make it clear to more and more people that no 'evidence' exists," the commentary said.

"The so-called 'virus leaked from a Wuhan lab' hype is a complete and utter lie. American politicians are rushing to shift the blame, cheat votes and suppress China when their own domestic anti-epidemic efforts are a mess."

Bannon last week said on a U.S. far-right talk show that China had committed a "biological Chernobyl" against America and advocated the theory that the virus originated in the Wuhan Institute of Virology, echoing recent White House rhetoric.

In the past week, CCTV has repeatedly slammed Pompeo as the "common enemy of mankind" and accused him of "spreading a political virus" over his repeated claims that the pandemic originated in a lab.

China and the U.S. have repeatedly traded barbs over the virus' origins in an escalating war of words after the Foreign Ministry spokesman Zhao Lijian in March pushed the conspiracy theory that the U.S. military may have brought the virus to China.

Since then, the two superpowers have accused each other of spreading misinformation, as U.S. President Donald Trump has also attacked China over its alleged lack of transparency.

Trump last week claimed to have proof the Wuhan Institute of Virology was the source, appearing to echo speculation fueled by U.S. right-wing radio commentators about a secret lab.

U.S. news reports say Trump has tasked U.S. spies to find out more about the origins of the virus, as he makes China's handling of the pandemic a centerpiece of his campaign for the November presidential election.

Most scientists believe the virus jumped from animals to humans after emerging in China, possibly from a market in Wuhan selling exotic animals for meat.