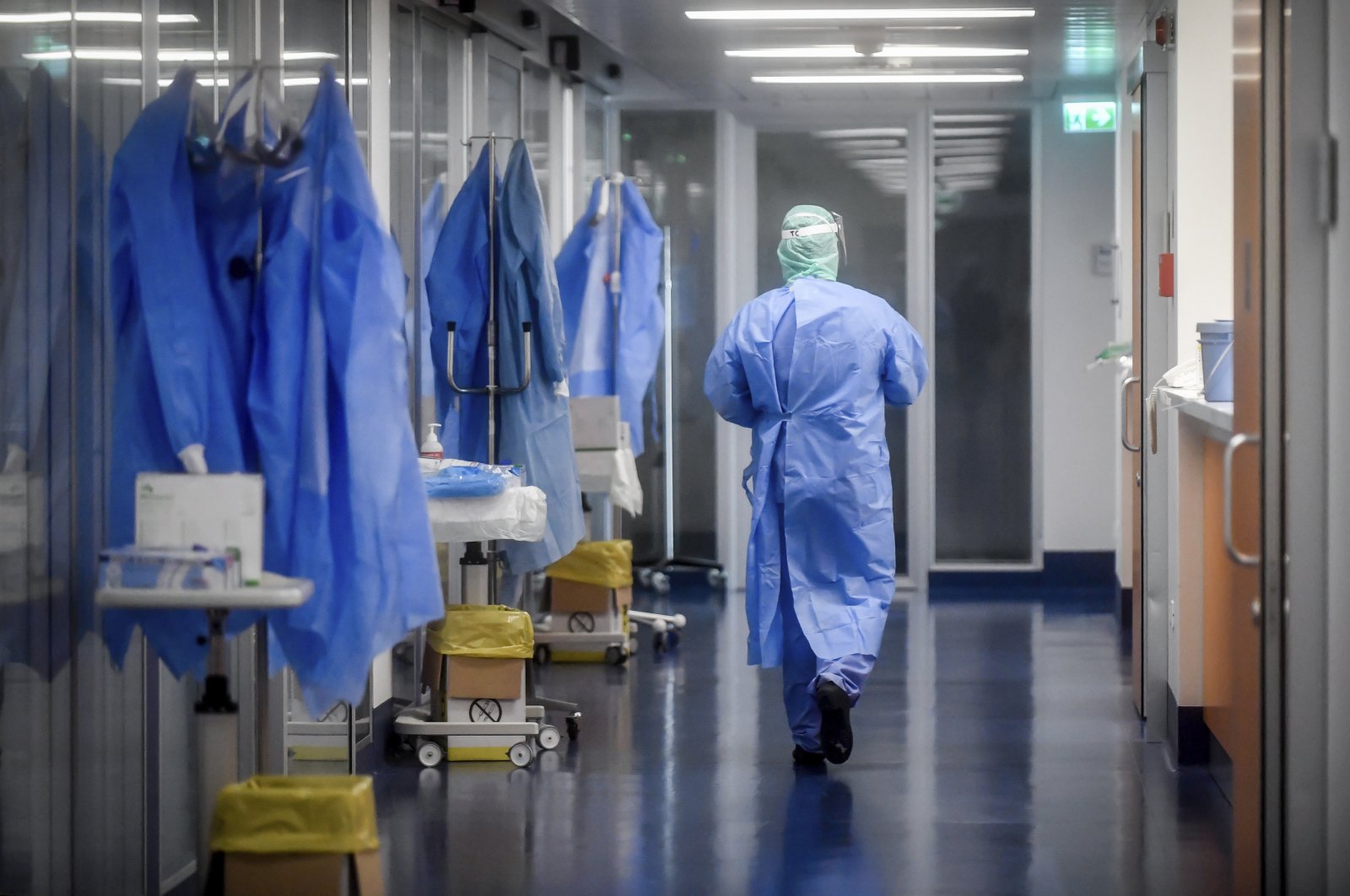 With numbers of confirmed cases rising drastically to now more than 300,000, medical supplies are also diminishing steadily, increasing fears and risks around the world

The virus pandemic advanced Sunday after the U.S. and Europe reported soaring new cases, prompting a scramble in some regions to set up additional hospital beds and replenish much-needed medical supplies.

Italy announced its biggest day-to-day increase of infections, which rose by 6,600 with nearly 800 new fatalities from the virus that causes COVID-19. The country's total death toll of more than 4,825 has surpassed the number of deaths in China, where the first cases emerged late last year.

In Washington, negotiators from Congress and the White House resumed top-level talks on a ballooning $1 trillion-plus economic rescue package, urged by President Donald Trump to strike a deal to steady a nation thoroughly upended by the coronavirus pandemic. Trump continued to strike a confident tone about the nation’s ability to defeat the pandemic soon, even as health leaders nationwide acknowledged that the U.S. is nowhere near the peak for the outbreak.

"We are going to be celebrating a great victory in the not too distant future,” he said.

The contagion is starting to be felt in U.S. cities far from major metropolitan areas, including places that have resisted drastic shutdown measures. About 150 countries now have confirmed cases, and deaths have been reported in more than 30 American states. There are now more than 300,000 confirmed cases worldwide, according to a running tally by Johns Hopkins University.

The vast majority of people recover from the new virus. According to the World Health Organization, people with mild illness recover in about two weeks, while those with more severe illness may take three to six weeks to recover.

In Italy, local authorities in the hard-hit northern regions have been pleading with the national government to enact stricter measures. Italian Premier Giuseppe Conte told the nation he was tightening a lockdown and shutting down all production facilities except those providing essential goods and services. He cautioned citizens to be calm and patient, saying there is no alternative.

Russia’s Defense Ministry said it was ready to fly mobile medical teams and disinfection equipment to Italy, and a plane delivered more than 100 tons of supplies from China to the Czech Republic as part of a NATO program.

Behind China and Italy, Spain now has the third-highest number of infections worldwide, followed by the U.S.

Spanish health authorities have acknowledged that some intensive care units in the hardest-hit areas are close to their limit. The army was building a field hospital with 5,500 beds in a convention center in Madrid, where hotels are also being turned into wards for virus patients without serious breathing problems. On Sunday, Spain reported 394 new coronavirus deaths, up 30% in 24 hours. Spain's death toll from the coronavirus epidemic soared to 1,720 on Sunday from 1,326 the day before, according to multiple media outlets citing the latest health data. The number of registered cases in the country rose to 28,572 on Sunday from 24,926 in the previous tally announced on Saturday, the reports added.

Colombia reported its first death from COVID-19 on Saturday. The patient was a 58-year-old taxi driver who had driven tourists from Italy, authorities said adding that man had previous health issues, including untreated diabetes.

President Iván Duque has prohibited all non-resident foreigners from entering the country and he has decreed a mandatory quarantine starting Tuesday. Colombia has confirmed 210 cases of the coronavirus.

Lockdowns and curfews continue across the globe in a bid to contain the spread of infections before healthcare systems are overwhelmed. Streets, squares and highways in major cities are deserted. In the U.S., New Jersey and St. Louis were added to a growing list of areas where residents were ordered to stay home.

Singapore said Sunday that it will fully shut its borders from Tuesday after recording its first two deaths. All short-term visitors will from Tuesday be barred from entering or transiting through the city-state in order to reduce the the risk of imported cases and free up resources to focus on citizens, the government said in a statement.

It said Singapore citizens, permanent residents and foreigners with long-term work passes can return but must undergo a 14-day self-quarantine. Singapore has recorded 432 cases.

The Sri Lankan government announced Sunday that no passenger flights and ships will be allowed to enter the Indian ocean island until the situation returns to normalcy. Police in Colombo, Sri Lanka's largest city, have detained nearly 300 people for breaching a three-day curfew imposed Friday. Some were arrested for drinking at a playground or loitering in the streets.

The Chinese city of Wuhan - where the global pandemic was first detected and the first city to be locked down - went a fourth consecutive day on Sunday without reporting any new or suspected cases of the virus. Wuhan must go 14 straight days without a new case in order for draconian travel restrictions to be lifted, but already, a special train returned more than 1,000 car factory employees for the first time since the outbreak.

Parks and other public gathering places are reopening in China as people return to work and businesses resume. However, the country has placed increasing restrictions on those coming from overseas, who have made up the majority of its new cases in recent days.

All arrivals to Beijing from abroad must be quarantine themselves for two weeks in a hotel at their own expense. And beginning Monday, flights into the capital will be diverted to one of twelve airports in other cities, where passengers will have to pass a health inspection before they can fly onward to Beijing.