Coronavirus continues to take toll on US, Brazil as cases rise globally 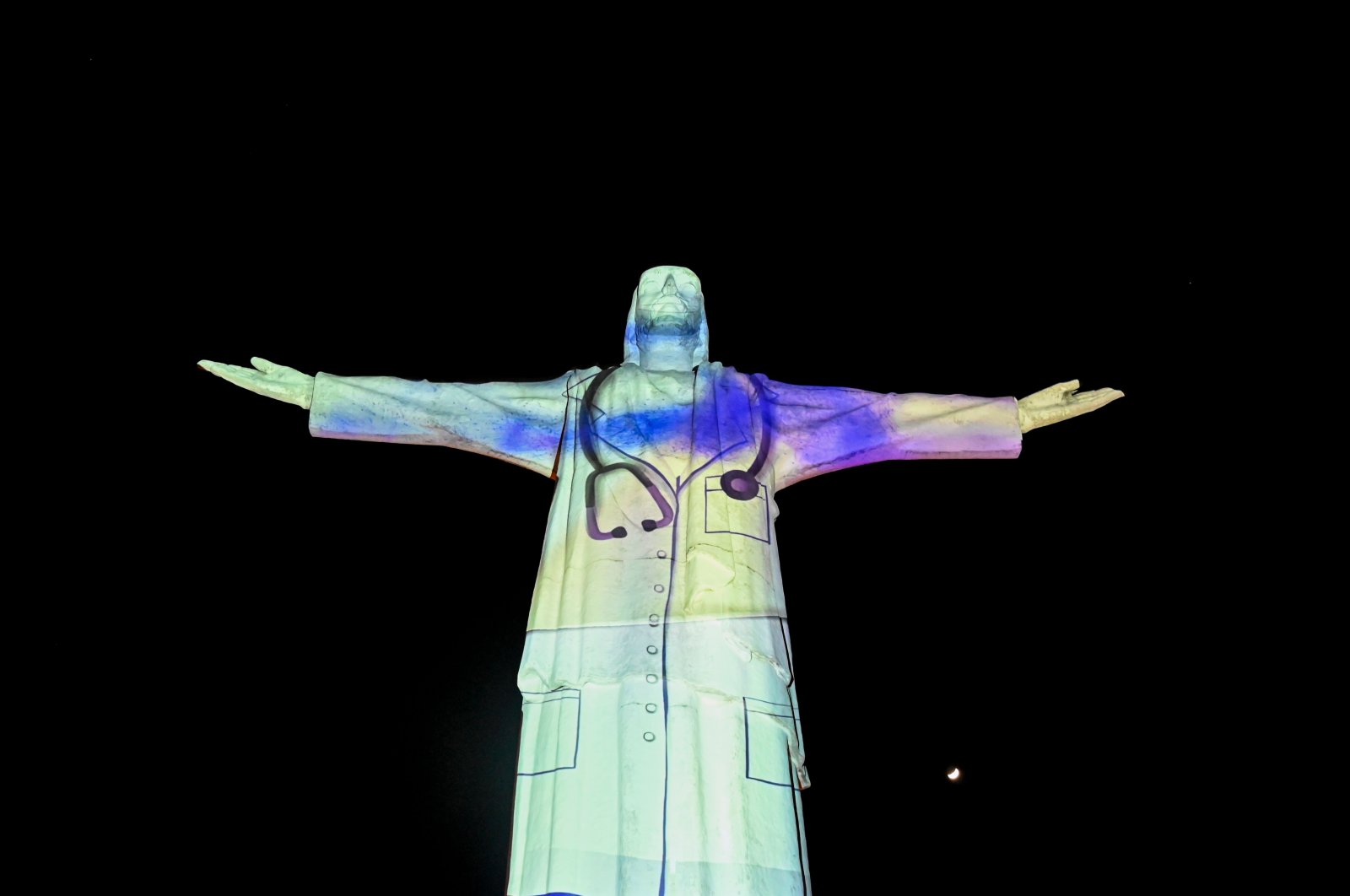 The image of a doctor is projected on the statue of Cristo Rey monument in Cali, Colombia, during celebrations for the 484th anniversary of the city, on July 25, 2020.(AFP Photo)
by Compiled from Wire Services
Jul 26, 2020 1:25 pm

The U.S., Brazil, Russia and India are among the worst-hit by the coronavirus as the spread of the disease continues unabated, with a rising number of cases and lockdown measures across the globe

The world has been battling the virus for months, yet the "invisible enemy" just never gives up.

The coronavirus seems to have infiltrated virtually every country on Earth, down to some of the most remote locations. The following are some of the latest developments in the ongoing pandemic, which has hit the United States and Brazil particularly hard.

The U.S. still ranks first in terms of the number of COVID-19 cases. The country has 4.17 million cases with over 146,000 people having lost their lives to the disease so far, according to Johns Hopkins University.

The second worst-hit country, both in the world and in the Americas, Brazil reported Sunday 1,211 more deaths from the coronavirus over the past 24 hours, according to its Health Ministry.

Brazil registered a death toll of 86,449 with the latest fatalities, the ministry said in a statement.

The number of infections also soared to over 2.39 million with 51,147 new cases over the past day, it added. The has country registered over 1.61 million recoveries so far.

With a population of over 211 million, Brazil is viewed as the epicenter of the outbreak in Latin America.

Asia continues the fight, even in North Korea

In the continent where it was first discovered the coronavirus continues to spread. North Korea, often referred to as a veritable "hermit kingdom" due to its minimal links with the outside world, has also taken its fair share of the virus.

The country Sunday registered its first suspected case of the novel coronavirus, according to Korean Central News Agency (KCNA). North Korean leader Kim Jong-Un also declared a state of emergency and lockdown measures on a border town after a patient suspected of being infected with virus returned from South Korea having reportedly illegally crossed the border.

According to the KCNA, the infected patient was taken into observation.

"Despite the intense preventive anti-epidemic measures taken in all fields throughout the country and tight closure of all the channels for the last six months, a critical development occurred by which the vicious virus has been said to have entered the country," North Korean leader Kim Jong-un said during an emergency meeting.

Kim also noted that maximum measures against the pandemic would be implemented throughout the country.

The figures by South Korea’s Centers for Disease Control and Prevention on Thursday brought the national caseload to 13,938, including 297 deaths.

In the Indian subcontinent, the situation is not looking positive either. Prime Minister Narendra Modi said Sunday that the virus was spreading rapidly in several parts of India and that the public should remain extremely vigilant, as the number of infections in India nears 140,000. India's Health Ministry reported 48,661 new infections and 705 deaths on Saturday.

With a total of 138,522 coronavirus infections, India, a country of 1.3 billion people, ranks third among nations worst-hit by the virus after the U.S. and Brazil.

Australia reached a grim milestone on Sunday too, recording its highest ever daily tally of deaths from the coronavirus, as authorities in Victoria state battled scores of clusters of infection and intensified efforts to trace their contacts.

Victoria's leader, Daniel Andrews, told a media briefing the state had reported 10 COVID-19 deaths in the past 24 hours, Australia's highest ever daily toll.

Australia has avoided the sort of severe coronavirus outbreaks seen in some countries, with more than 14,400 cases recorded and 155 deaths.

The virus continues to strike hard in Europe, once the worst-hit continent. The number of confirmed coronavirus cases in Germany increased by 305 to 205,269, data from the Robert Koch Institute (RKI) for infectious diseases showed on Sunday. The reported death toll was unchanged with 9,118, the tally showed.

France also recorded a prominent increase in the number of cases. French health authorities are making COVID-19 tests available free of charge without prescription as they closely monitor the uptick in infections after the lifting of lockdown measures.

France has recorded 30,192 deaths attributed to the coronavirus, among a total of 180,528 cases of the disease, according to statistics published on Friday.

The number of new daily infections rose above 1,000 for a second day running – around their daily level when lockdown measures were eased in May, following two months of confinement.

Meanwhile, in an unexpected development, good news came from Russia as 5,765 new coronavirus cases and 77 more deaths were reported, a steep decline from the 146 deaths reported a day earlier.

The nationwide tally of infections has risen to 812,485, Russia's coronavirus crisis response center said. The COVID-19 death toll now stands at 13,269, while 600,250 people have recovered.

South Africa is now one of the world’s top five countries in terms of reported virus cases, and it makes up more than half of the cases on the African continent with 394,948. Deaths are at 5,940.

The struggles in Africa’s most developed country are a worrying sign for other African countries with far fewer resources as the spread of infections picks up speed.

Since first appearing in China last December, the coronavirus has spread to at least 188 countries and regions. The U.S., Brazil, India and Russia are currently the countries hardest hit in the world.

The pandemic has killed over 644,500 people worldwide, with more than 16 million confirmed cases, according to figures compiled by Johns Hopkins University. Over 9.26 million have recovered from the disease.