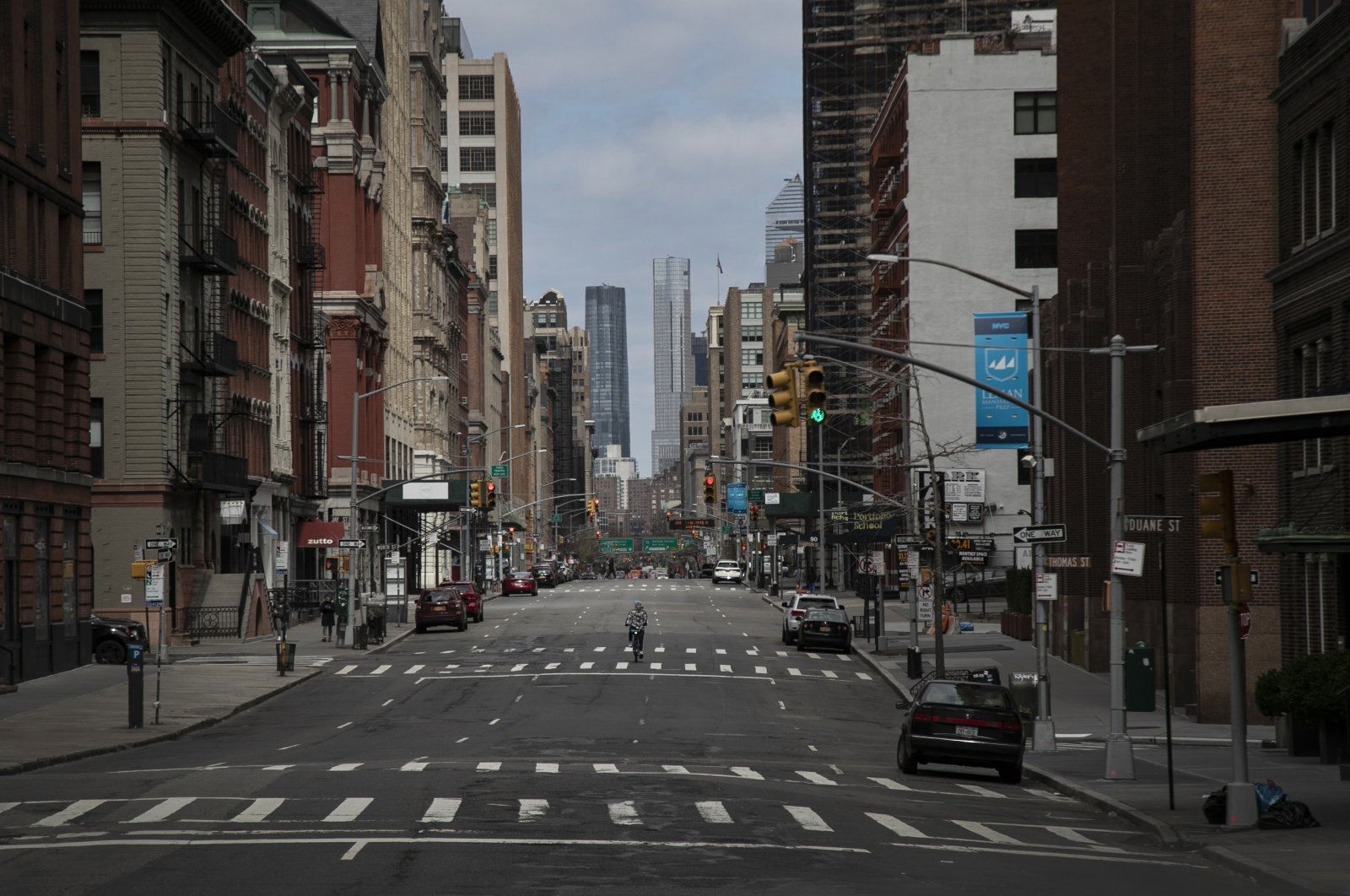 Over 100 years after the Spanish flu, the novel coronavirus has so far proven highly contagious and deadly. Over 3 billion people are projected to be in either voluntary self-isolation or obligatory quarantine all over the world

Powerful earthquakes in Türkiye kills over 476 in neighboring Syria

COVID-19 continues its full-blown offensive against humanity as the worldwide death toll surpassed 37,000 and the number of people diagnosed has risen above 788,500.

Even though the virus originated in China’s Wuhan, the Western world has become the main sufferer as Italy continues to hold onto its record number of deaths.

The toll in Italy climbed by 812 to 11,591, the Civil Protection Agency said, reversing two days of declines in the daily rate.

The country has recorded about a third of the world's total fatalities from COVID-19. Italy now has over 101,000 confirmed cases, while nearly 15,000 people have recovered.

Italy has registered more deaths than anywhere else in the world.

Moreover, on Tuesday, Spain registered 849 fatalities related to coronavirus overnight – the highest number in 24 hours since the epidemic started, although the increase in percentage terms was slightly lower than in the previous days.

Last week, the World Health Organization (WHO) warned that the United States could become the next center of the global coronavirus outbreak, which seems likely considering current trends.

“We are now seeing a very large acceleration in cases in the U.S. So it does have that potential (to become the center of the pandemic),” WHO spokeswoman Margaret Harris warned, only to be proven right day by day.

As of Tuesday, the U.S. had 164,610 confirmed cases and a death toll of 3,170 people, two times the number of cases in China and nearly the same number of deaths.

Tuesday marked the deadliest day yet in the country's mounting crisis, while New York cheered the arrival of a gleaming 1,000-bed U.S. Navy hospital ship as a sign of hope in the city's desperate fight.

Over the weekend, the death count in New York City skyrocketed, the silence of the city’s empty streets shattered only by ambulance sirens. Makeshift medical tents were hastily erected in Central Park. And hospitals, including Elmhurst Medical Center in Queens, not far from U.S. President Donald Trump’s childhood home, were so overwhelmed that patients were lying in hallways and corpses were stowed in refrigerated trucks.

"This is essentially in my community, in Queens, Queens, New York,” Trump said. “I’ve seen things that I’ve never seen before.”

Aides likened Trump's emotional response to his reaction to the 2017 pictures of dead Syrian children that prompted him to give the order for the first air strike of his presidency. Trump also invoked some friends – he did not identify them – who he said are battling the virus.

“I have some friends that are unbelievably sick," he said Monday in a Rose Garden news conference. “We thought they were going in for a mild stay, and in one case, he's unconscious – in a coma.”

The weekend decision also revealed the sharp divides among those advising Trump, both inside and outside the West Wing.

For weeks, those in the White House who warned that the doctors’ strict recommendations would cripple the economy – and Trump’s re-election chances – had the president’s ear and pushed him toward the idea of restarting business in the states where infections were low.

The first U.S. military service member has died from the coronavirus, the Pentagon said Tuesday, as it reported another spike in the number of infected troops.

The service member was a New Jersey Army National Guardsman who tested positive for COVID-19 and had been in the hospital since March 21.

France calls upon citizens for help

France on Tuesday ramped up its calls on its citizens for aid amid the devastating outbreak.

“I make a great appeal for national solidarity,” French Minister of Budget Gerald Darmanin said in a tweet Tuesday.

“A donation platform will be put online to allow all those who can, be it individuals or businesses, to make their contribution to the nation’s efforts for solidarity with the most affected citizens,” he added.

The next two weeks will be the toughest yet in the fight against coronavirus in France, Prime Minister Edouard Philippe warned recently as his government raced to add intensive care beds and source protective gear.

The outbreak initially took hold in eastern France, where hospitals have become overwhelmed, and has been spreading west. Doctors in the greater Paris region have said their intensive care units will be full by the end of the weekend.

By Saturday, the coronavirus had claimed 2,314 lives in France, with more than 37,575 confirmed cases, according to official figures.

The government tally only accounts for those dying in the hospital, but authorities say they will be able to compile data on deaths in retirement homes beginning next week, which is likely to result in a marked increase in registered fatalities.

Not said and done in Asia

Even though the West has recently been geographically the most affected by COVID-19, the WHO also warned that the coronavirus pandemic was far from over in Asia.

“This is going to be a long-term battle, and we cannot let down our guard," said Dr. Takeshi Kasai, the WHO regional director for the Western Pacific, as attention has shifted to epicenters in Western Europe and North America. "We need every country to keep responding according to their local situation.”

Even though humanity is surely facing a catastrophe, news that radiates hope keeps coming, albeit at a slower rate.

Good news came from Italy as the number of new cases in the country rose by just 4,050 on Tuesday, the lowest number since March 17.

Of those originally infected nationwide, 14,620 had fully recovered on Monday, compared with 13,030 the day before. There were 3,981 people in intensive care, up from a previous 3,906.

The new coronavirus causes mild or moderate symptoms for most people. For some, especially older adults and people with existing health problems, it can cause more severe illness or death.

After first appearing in Wuhan, China, last December, the novel coronavirus has spread to at least 177 countries and territories, according to data compiled by U.S.-based Johns Hopkins University.

Powerful earthquakes in Türkiye kills over 476 in neighboring Syria