Coronavirus worse for US than Pearl Harbor, 9/11, Trump says 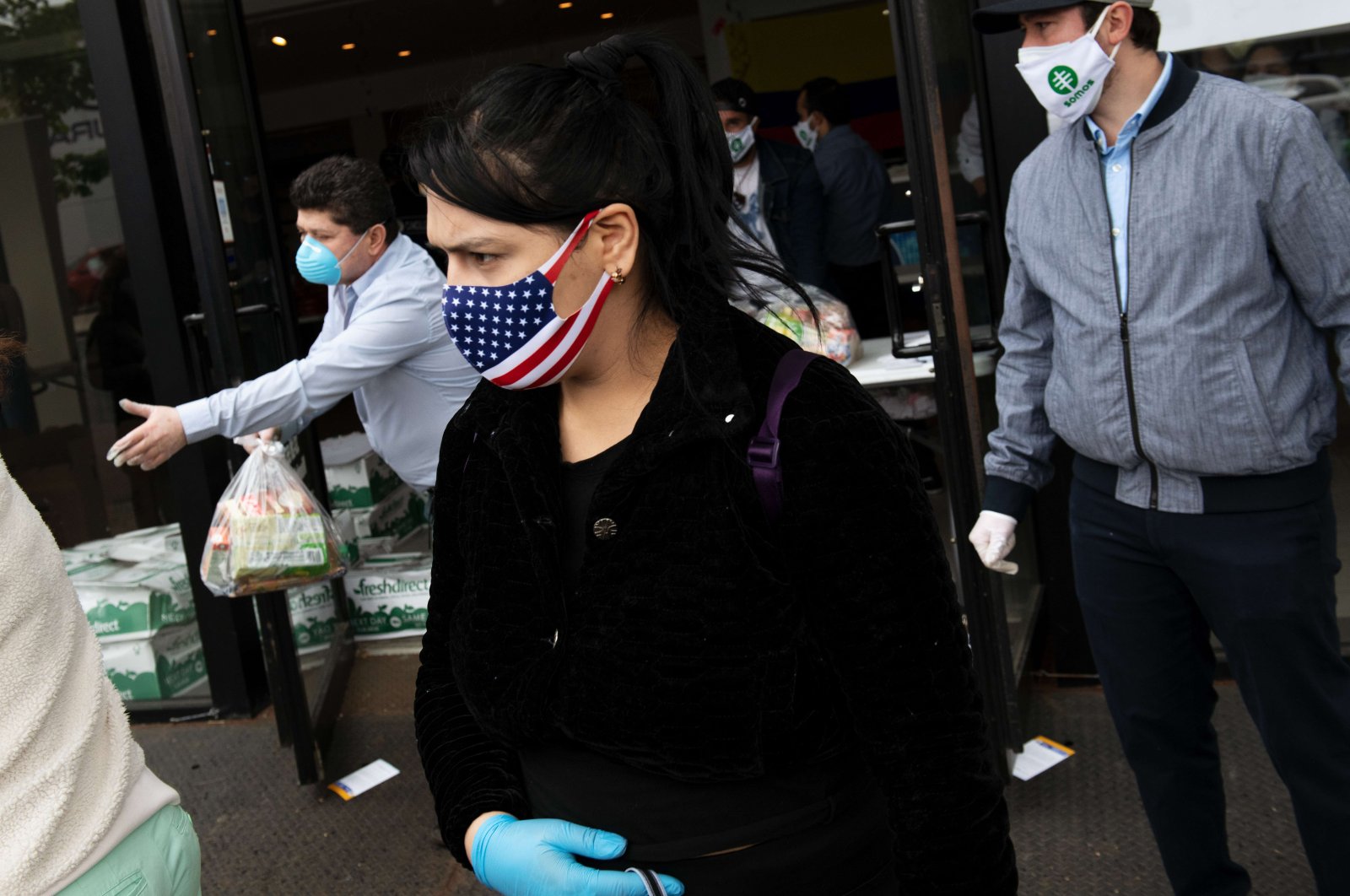 A woman leaves a food donation center after receiving donated groceries on May 6, 2020 in the Queens borough of New York City. (AFP Photo)
by French Press Agency - AFP May 07, 2020 12:37 am
RECOMMENDED

U.S. President Donald Trump said Wednesday the coronavirus pandemic has been worse for the United States than Pearl Harbor and 9/11 and renewed his criticism of China, saying the outbreak should have been stopped there.

As Germany unveiled plans for a return to near-normality -- including a May 15 restart of the Bundesliga -- the EU forecast a historic recession on the virus-battered continent.

Countries in Asia joined Europe, meanwhile, in easing the lockdowns that have kept swathes of humanity indoors for weeks and pummeled economies, tipping the world toward a recession not seen in decades.

Trump said fallout from the pandemic has hit the United States harder than the December 7, 1941 Japanese bombing of Pearl Harbor or the September 11, 2001 terror attacks on New York and Washington.

The surprise Japanese attack on the Pearl Harbor naval base in Hawaii drew the United States into World War II. The 9/11 terrorist attacks killed about 3,000 people, triggering two decades of US wars in Iraq, Afghanistan and other countries.

Trump also lashed out at China, continuing a war of words over the origins of the deadly virus that emerged in Wuhan last year.

China hit back Wednesday at US Secretary of State Mike Pompeo over his claims the virus originated in a laboratory in Wuhan, saying he does not have any evidence.

"This matter should be handed to scientists and medical professionals, and not politicians who lie for their own domestic political ends," China's foreign ministry spokeswoman said.

Scientists believe the disease originated in animals and jumped to humans -- possibly in a Wuhan wet market where wild animals were sold.