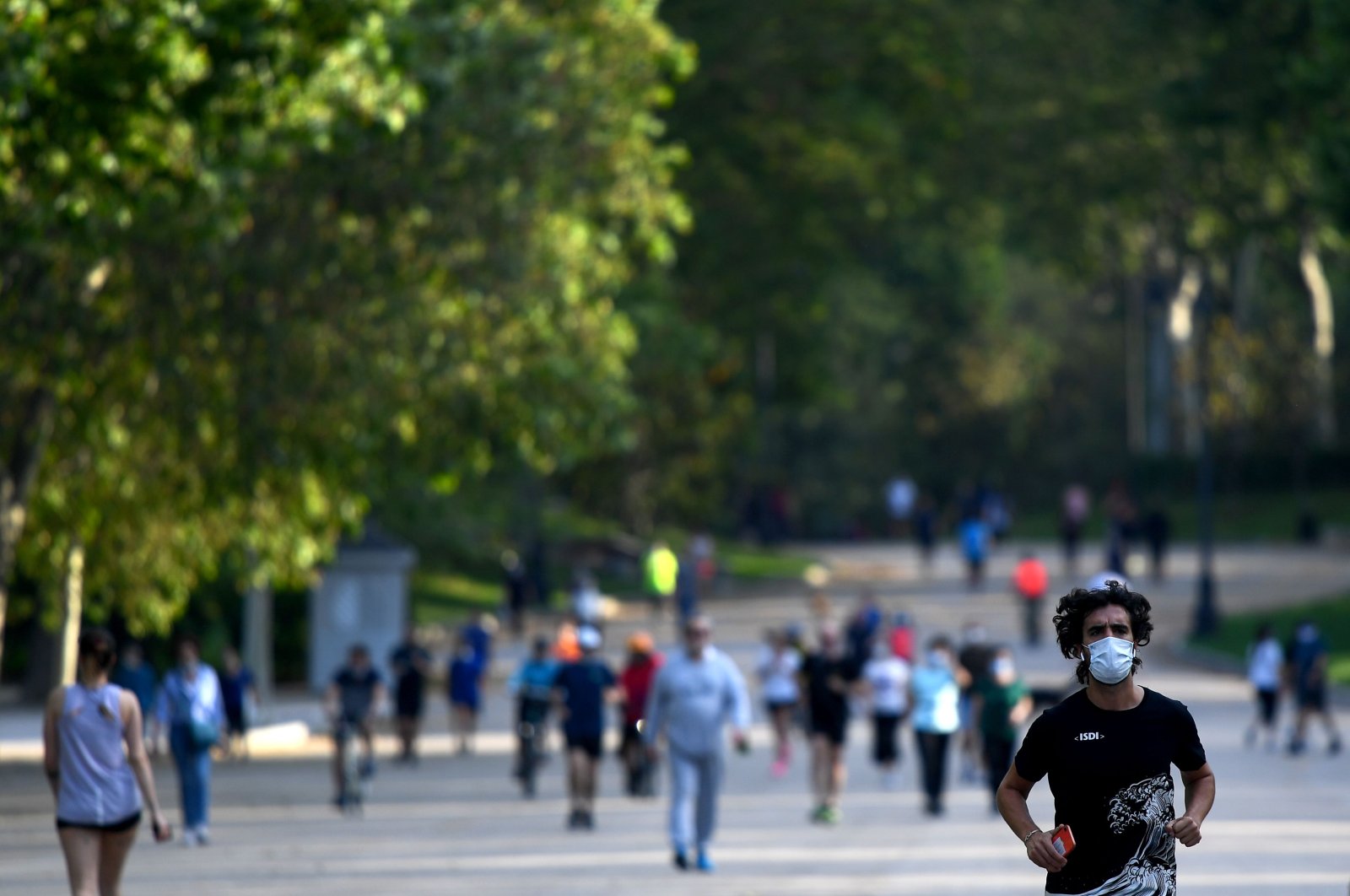 Europeans flocked to parks, gyms and pools Monday as more countries eased coronavirus restrictions, while Japan lifted its state of emergency but urged vigilance to avoid another wave of infections.

However the virus, which has now infected more than 5.4 million people worldwide and killed almost 350,000, continued its rampage across Latin America, sparking a U.S. travel ban for people coming from Brazil.

With the global economy battered, governments are scrambling to provide relief to businesses and citizens wearying of mass confinement.

In hard-hit Spain, Madrid and Barcelona cautiously emerged from one of the world's strictest lockdowns with parks and cafe terraces open for the first time in more than two months.

Hundreds of people made the most of the morning sunshine to enjoy a stroll or a run in Madrid's famous Retiro Park.

"The reopening of Retiro brings me a feeling of serenity, gives me comfort," said Rosa San Jose, a 50-year-old schoolteacher.

In other parts of Spain, beaches reopened for swimming with strict guidelines for social distancing.

Elsewhere on the continent, Italians got some exercise as gyms and pools opened again, while slowing infection rates in Greece allowed cafes and restaurants to restart a week ahead of schedule – but only for outdoor service.

"The cafe in Greece has a social dimension, it's where the heart of the district beats."

In Iceland's capital Reykjavik, partiers were looking forward to heading to nightclubs, set to reopen in the evening.

In Asia, Japanese Prime Minister Shinzo Abe ended a nationwide state of emergency after new cases slowed to a crawl.

The move will help the world's third-largest economy to gradually pick up speed again, but Abe urged citizens to remain cautious to prevent fresh outbreaks.

"If we lower our guard, the infection will spread very rapidly ... we need to be vigilant," he said.

He urged people to adopt a "new lifestyle" and continue to avoid the "three Cs" – closed spaces, crowded places and close contact.

Iran, one of the nations worst hit by the pandemic in the Middle East, reported its lowest daily virus death toll since March as it reopened major Shiite shrines.

Here too, people had to adapt to a new reality. At Tehran's Shah Abdol-Azim shrine, worshippers had to wear a mask, walk through a disinfection tunnel and have their temperature checked.

While the pandemic is slowing or under control in many parts of the world, the World Health Organization warned that South America was becoming "a new epicenter" for the disease.

Brazil – the world's sixth-largest country – has reported more than 22,600 deaths even as its far-right President Jair Bolsonaro continues to play down the threat from the virus.

He flouted social distancing rules again on Sunday, attending a rally outside the presidential palace in Brasilia to greet a cheering rally, ditching his face mask, shaking hands and embracing supporters – even hoisting a young boy onto his shoulders at one point.

As concern about the crisis in Brazil mounted, the White House said Sunday it would bar entry into the United States of non-Americans who have been in the South American nation in the previous 14 days – despite Bolsonaro being a close ally of President Donald Trump.

The U.S. president himself meanwhile played golf for a second straight day on Sunday, after avoiding the fairways since March 8.

The polarized debate around lockdowns in the U.S. was illustrated in the reaction to video footage that emerged of a jam-packed swimming pool in Missouri over the weekend, despite orders mandating social distancing measures.

"Scenes such as this one... are inconceivable during the pandemic. Do they all have death wishes?" one woman tweeted.

Another countered: "Just Americans being free and making their own decisions and enjoying life."