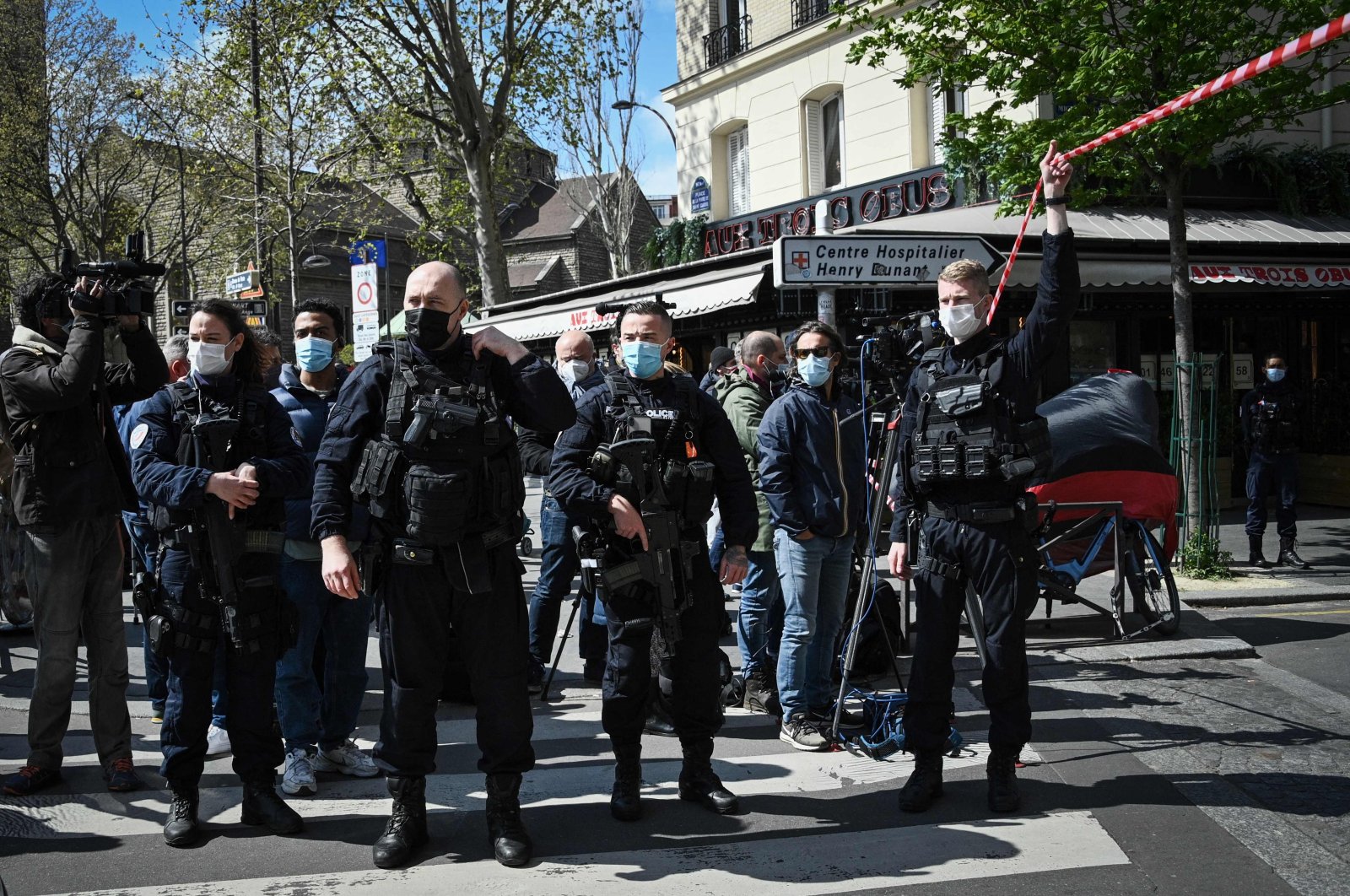 French police cordon off the area near the Henry Dunant private hospital where one person was killed and another injured in a shooting outside the institution owned by the Red Cross in Paris' upmarket 16th district, Paris, France, April 12, 2021. (AFP Photo)
by REUTERS Apr 12, 2021 3:21 pm

An unidentified gunman shot dead a man and injured a woman on Monday in Paris before fleeing on a motorcycle, in what the local mayor said appeared to be a private quarrel and not terrorism-related.

The two were shot in front of a hospital which also serves as a COVID-19 vaccination centre in the upmarket 16th arrondissement of the French capital. The injured woman is being treated for her wounds in the hospital, a police source said.

"It is not a terrorist attack, it was probably a case of score-settling," Francis Szpiner, mayor of the 16th arrondissement, told reporters.

The Paris prosecutor has opened a murder investigation, a spokesman said.

Police union official Rocco Contento told BFM TV there had been an argument between the gunman and the woman, who has been identified as a security official at the hospital, and that a man who tried to intervene was then shot.

An eyewitness told Reuters the man was shot in the head several times while he was on the ground.

The vaccination centre at the Henry Dunant hospital was operating at the time of the incident.

A fire engine and several police vans lined the street outside the facility. The hospital is situated close to the river Seine about four kilometers (2.5 miles) south of the Eiffel Tower and near the Parc des Princes football stadium.