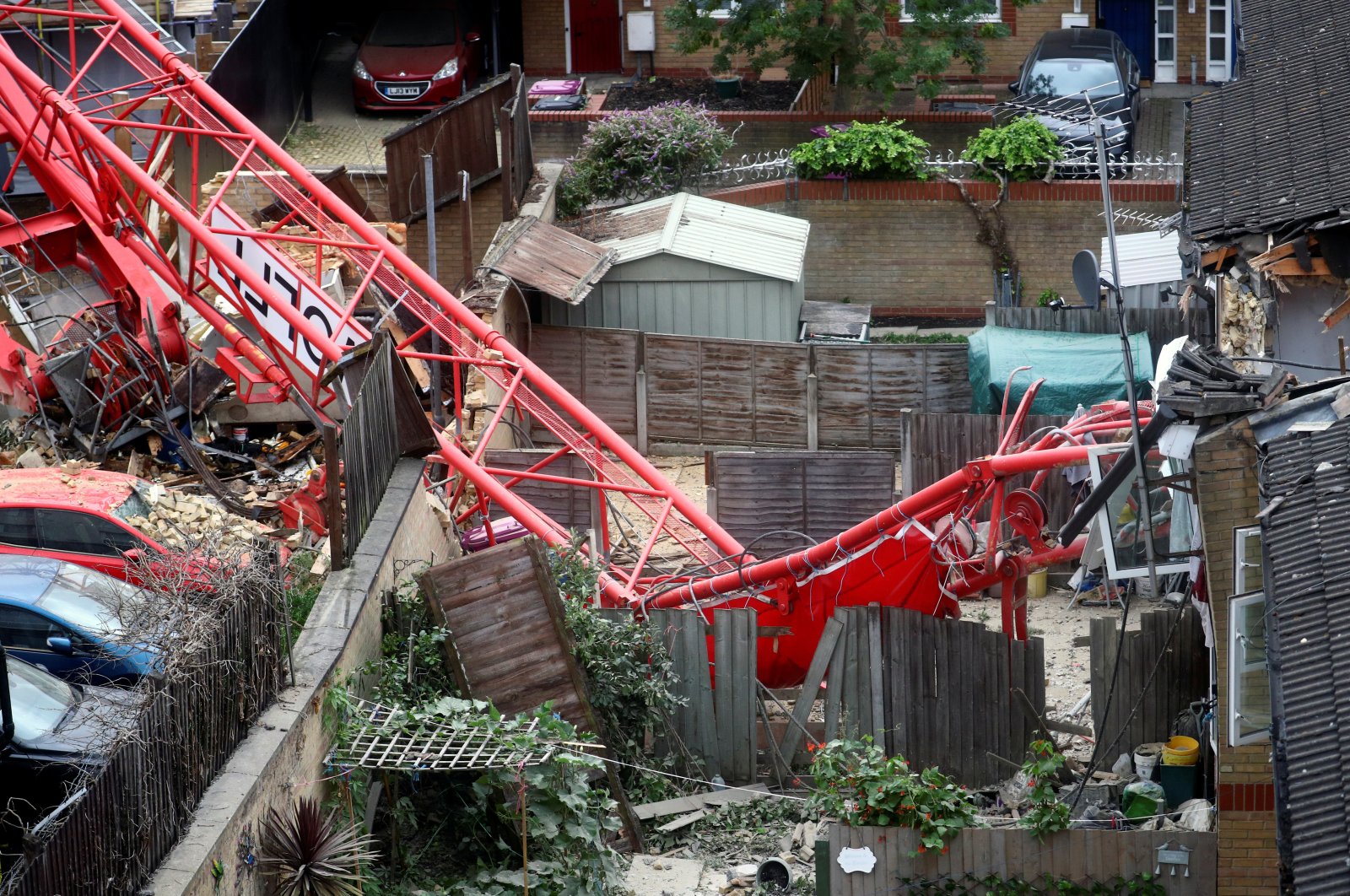 A 20-meter (65-foot) crane collapsed onto a block of apartments under development and two houses in east London, killing one person and injuring four others, authorities said Wednesday.

"Sadly, despite the efforts of emergency services, a fifth person has been found and died at the scene,” the London Ambulance Service said.

Four people were treated, including two people taken to the hospital with head injuries. Crews and a team of specialist paramedics who work in hazardous environments were at the scene in the Bow neighborhood.

London Fire Brigade Assistant Commissioner Graham Ellis said the crane had "collapsed onto a block of flats under development and into two terraced houses" and search-and-rescue crews were using specialized equipment to search the properties as part of "a complex rescue operation” on Wednesday afternoon.

"This is a multi-agency response and is likely to be a protracted incident," Ellis said, adding that the fire service had deployed a drone to help with the rescue operation.