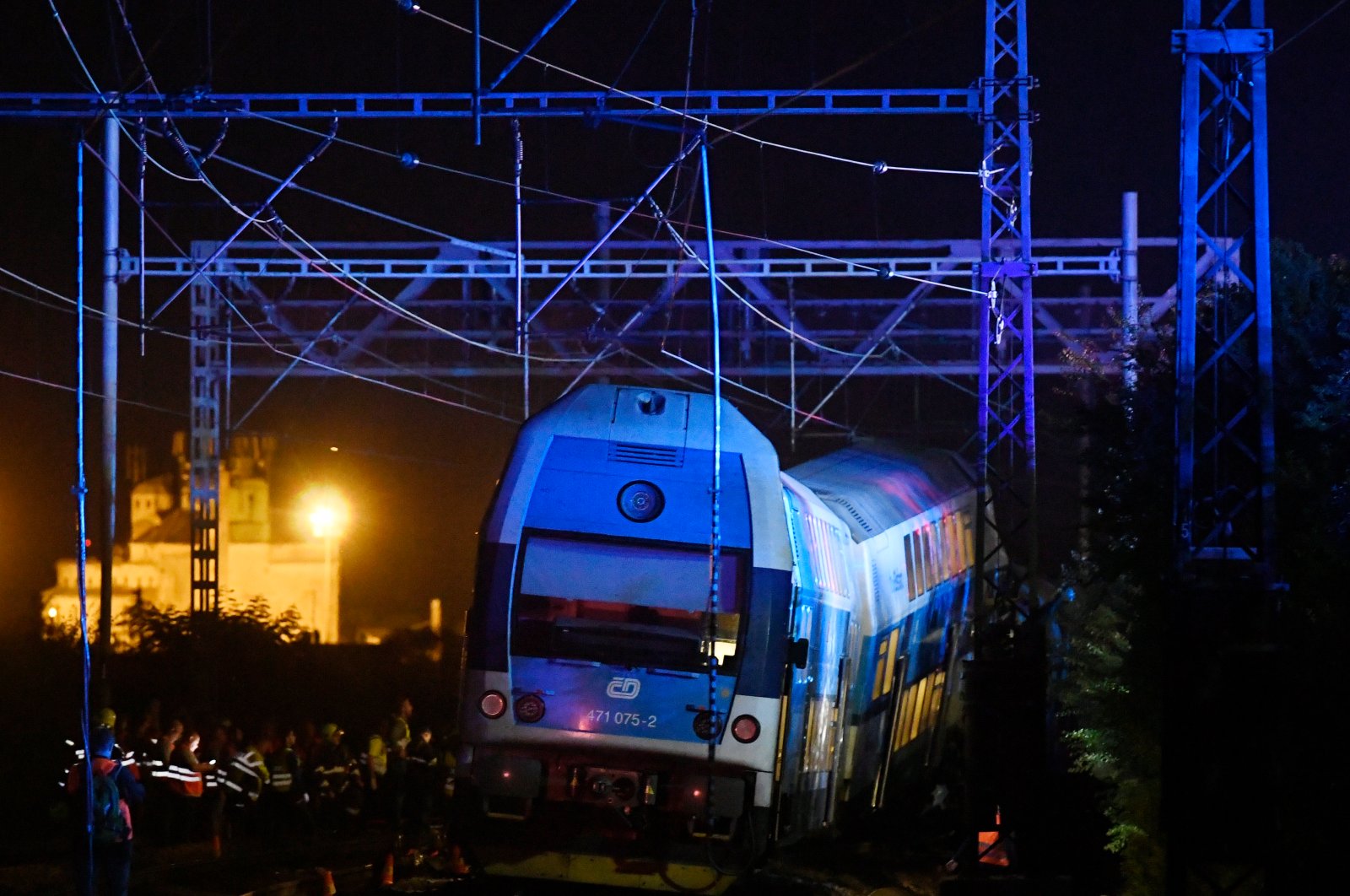 A train driver died and dozens of passengers were injured when a passenger train collided with a stationary freight train near Czechia's capital Prague, a Czech minister and rescuers said Wednesday.

"Unfortunately ... I have learned there is one dead," Transport Minister Karel Havlicek told the public broadcaster Czech Television.

Rescuers said the deceased man was the driver of the passenger train, which was carrying more than 100 passengers.

"He was found lifeless in his wrecked cabin," the regional rescue service wrote on its website.

Havlicek told Czech Radio later that the driver had most probably ignored a red light.

The accident occurred after 1930 GMT on Tuesday near the town of Cesky Brod, about 30 kilometers (almost 20 miles) east of Prague, on a busy railway connecting the capital with the east of the country.

Rescuers said another eight passengers with very serious injuries and 25 with lighter injuries were taken to the hospital.

A week ago, two people died and dozens were injured when regional trains crashed in western Czechia.

Several other minor accidents have been reported on Czech railways over the past week.