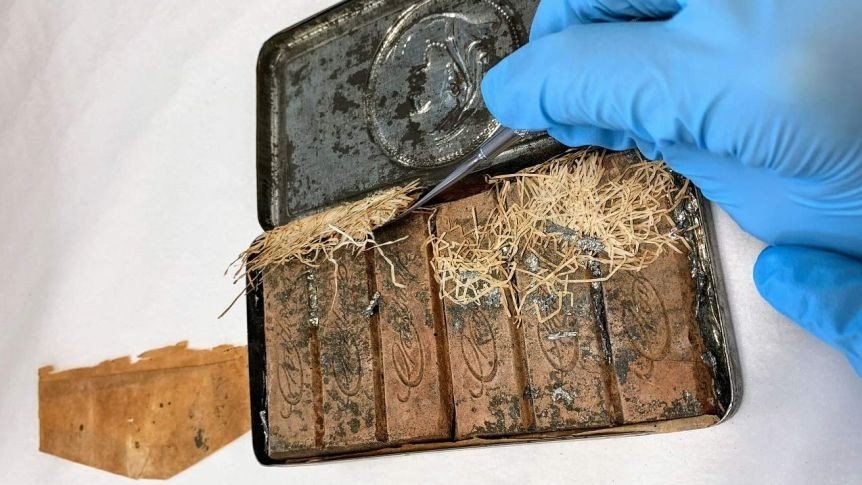 Employees at the Australian National Library have found one of the oldest boxes of chocolates in the world in the estate of famous Australian poet Andrew Barton Paterson.

The chocolate tin, dating back 120 years, was commissioned by British Queen Victoria. It was uncovered under a box of personal papers including press clippings, diaries and poems.

"South Africa, 1900" and "I wish you a happy New Year, Victoria RI," the souvenir tin is adorned with, apparently royal visages of the British Empire.

The employees said the chocolates were still in good condition after staying in the tin for more than a century.

Paterson had traveled to South Africa in 1899 as a war correspondent for the Sydney Morning Herald and the Age, to cover the Boer War between Britain and the Republic of Transvaal. He returned to Australia nearly a year later.