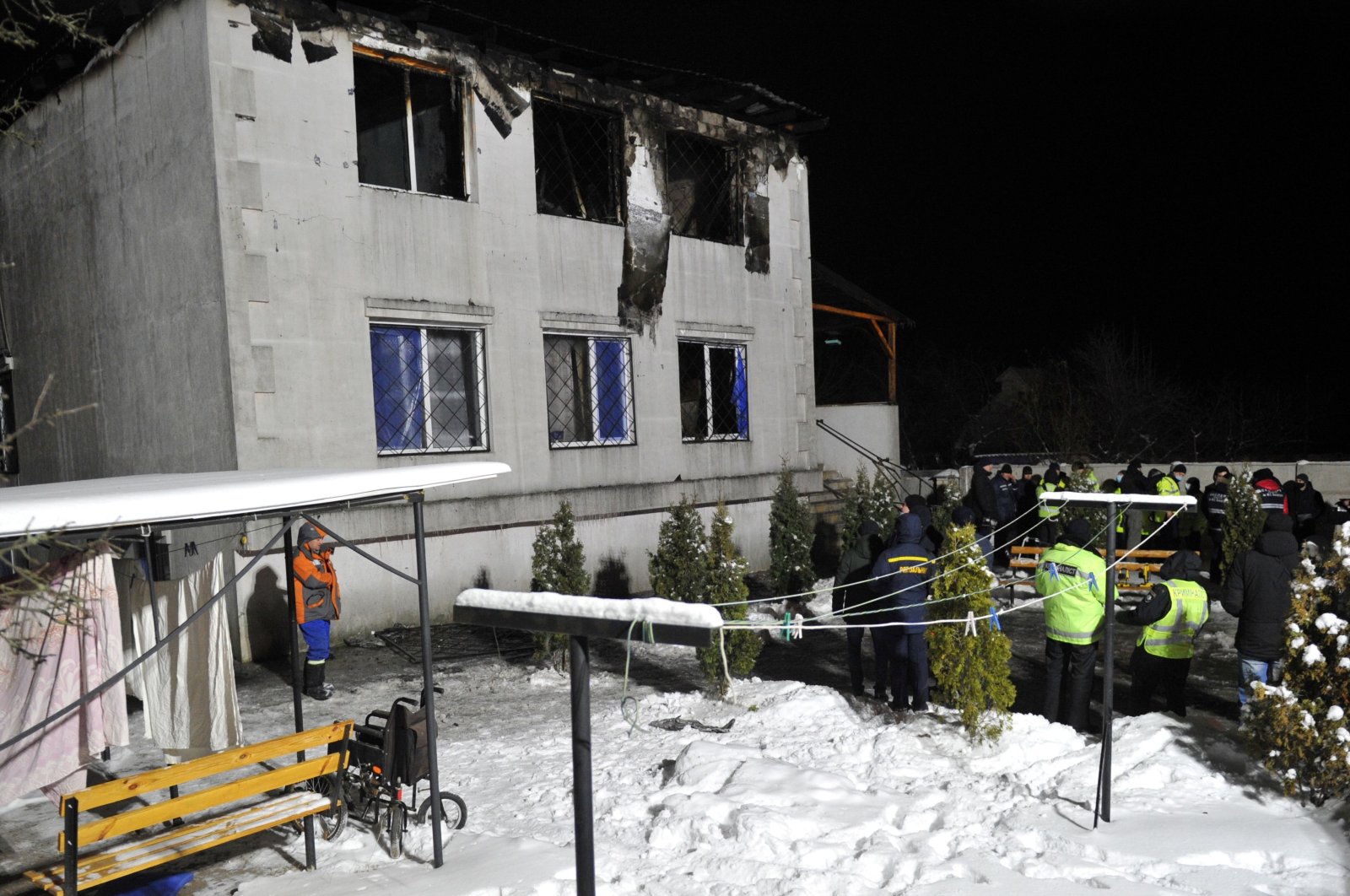 At least 15 people were killed and five others were injured after a fire broke out in a nursing home in eastern Ukraine’s Kharkiv, local authorities said Thursday.

The fire broke out in the afternoon on the second floor of the two-story building. There were 33 people inside, the Ukrainian state emergency service said.

The service published a photo of the building with bars on the windows of the first floor. Smoke could be seen coming from the broken windows of the second floor.

Ukraine's President Volodymyr Zelenskiy urged the interior minister to open and take charge of an inquiry into the incident, describing the incident as "a terrible tragedy."

It was not clear in the immediate aftermath of the fire how many of the survivors were taken to nearby medical facilities for treatment.

The emergency services reported nine people had been injured and five of them admitted to nearby hospitals, while Prosecutor General Iryna Venedyktova said 11 people were injured.

The emergency services said the fire was extinguished less than two hours after it broke out, adding that around 50 firefighters took part in the operation.

The Ukrainian prosecutor general said authorities had launched a criminal investigation and the preliminary cause of the tragedy was the "careless handling of electric heating devices."

The facility, called "Zolotoye Vremya" (Golden Time), is located among a clutch of low-rise buildings on the western outskirts of Ukraine's second-largest city.

Ukrainian media cited the Kharkiv region's social protection department chief as saying Zolotoye Vremya was privately owned and had not been registered with government agencies as a residential home.

Kharkiv city authorities declared that Friday would be a day of mourning for those killed in the fire.

Ukraine's Interior Minister Arsen Avakov said in a statement that police were questioning the manager of the facility and three service personnel.

He added that police were also considering detaining the owner of the nursing home.

Ukraine's ombudsman Lyudmyla Denisova wrote on her Telegram channel that the facility was home to people aged between 25 and 90.