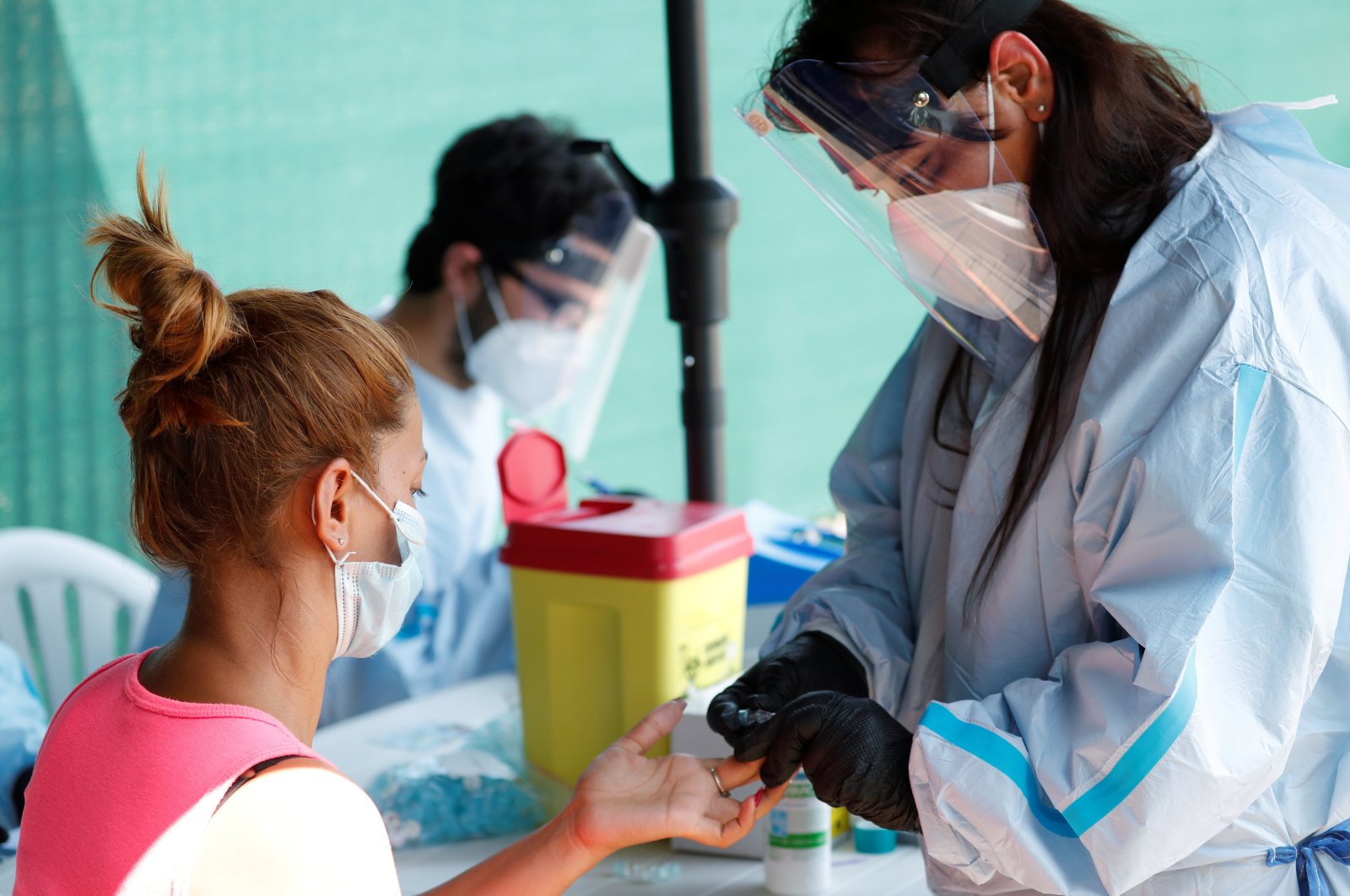 A woman arriving by coach from Romania takes a voluntary coronavirus test as part of increased security measures for "risk" countries, in Rome, Italy, July 29, 2020. (Reuters Photo)
by Agencies Aug 04, 2020 11:26 am
RECOMMENDED

Almost 1.5 million people in Italy, or 2.5% of the population, have developed coronavirus antibodies, a figure six times more than official numbers reported, according to a survey from statistics agency Istat on Monday.

The survey by Istat and the Health Ministry was based on antibody tests conducted on 64,660 people.

The survey found marked local differences with the northern region of Lombardy, where the epidemic first broke out in February, showing 7.5% of the population had tested positive for coronavirus antibodies compared to just 0.3% in the southern region of Sicily.

The survey found almost 30% of people with antibodies were asymptomatic, pointing to the risk of the illness being spread by people unaware they were carriers.

The number of new confirmed cases of the coronavirus in Italy fell below 200 on Monday for the first time in a week, with 159 cases registered, according to Health Ministry figures.

Lazio, the central region that includes Rome, now has the highest number of patients hospitalized for COVID-19 in Italy’s 20 regions. Health officials said nine of the region’s new cases were brought by travelers from Romania, Ukraine, the Dominican Republic, Iran, India and Bangladesh.

Two clusters of infections have also been traced to popular seaside areas near Rome. Figures released on Mondays tend to be lower since they often do not include tallies from the weekend.