180 migrants in limbo at sea after Italy, Malta refuse entry to ports 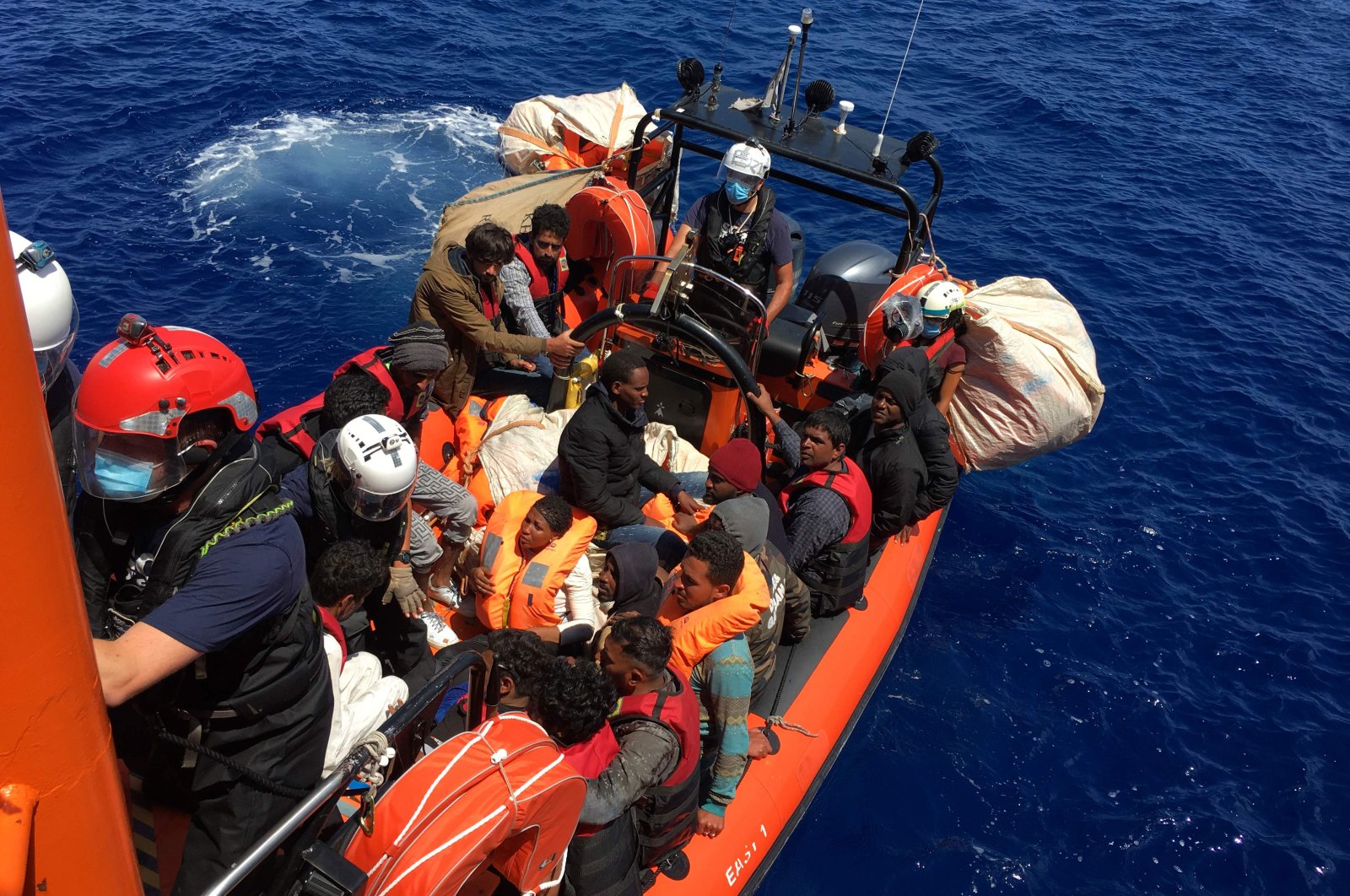 Some of the 51 migrants, who were drifting on a wood boat, are rescued by members of the French NGO SOS Mediterranee's boat Ocean Viking, off the coast of Lampedusa island, June 25, 2020. (AFP Photo)
by Daily Sabah with DPA Jul 02, 2020 2:30 pm
RECOMMENDED

Some 180 sea migrants are "in limbo" in the Mediterranean because Italy and Malta are refusing to take them in, sea rescue charity SOS Mediterranee said Thursday.

Frederic Penard, operations director of SOS Mediterranee, said the charity had sent five requests to Italy and Malta, each time without success.

Rescue organizations have restarted missions in April to save hundreds of migrants stranded at sea, two months after abandoning operations due to the coronavirus pandemic. The migrants were picked up in four separate rescue operations, with the first two performed a week ago, and are fleeing from violence and abuse in Libya, SOS Mediterranee said. "Some of the 180 survivors have been in precarious conditions at sea for more than eight days. This situation is unbearable," the charity said.

Amid a divided response to the Mediterranean migrant rescue crisis, European Union countries, proposing only ad hoc solutions, failed to create a more permanent EU redistribution arrangement to prevent migrant tragedies at sea in 2019. Last June, eight of the 28 EU countries, including France and Germany, signaled a clear intention to move forward with a new system called a “solidarity mechanism.” However, they failed to persuade Italy and Malta to allow rescue ships to dock in their ports.

European countries have long been struggling to agree on how to deal with migrants trying to cross the Mediterranean. In 2014, the EU's border control agency, Frontex, decided to end the Mare Nostrum rescue operation. It was replaced by an operation named Triton, conducted from November 2014 to February 2018 and financed by all 28 EU nations at a fraction of the cost. But unlike the earlier program, the new rescue operation has been criticized due to the fact that the main focus of this joint EU mission is only to manage border security control to keep the massive number of migrants from coming to Europe.

Since then, some independent rescue operations by NGOs have attempted to fill the void left after EU efforts ceased while struggling to save many migrants' lives despite some EU governments' hardline policies of closing their harbors to humanitarian groups' rescue ships. Both Italy and Malta have impeded NGOs and aid groups from operating rescue boats, either by refusing them entry to their ports or by impounding their vessels and putting their crews under investigation.

In 2019, the International Organization for Migration (IOM) recorded 1,283 deaths in the Mediterranean, with the route between North Africa and Italy the deadliest. At least 19,164 migrants are estimated to have died at sea in the last five years. According to 2018 figures, six people died every day while attempting to reach European shores.