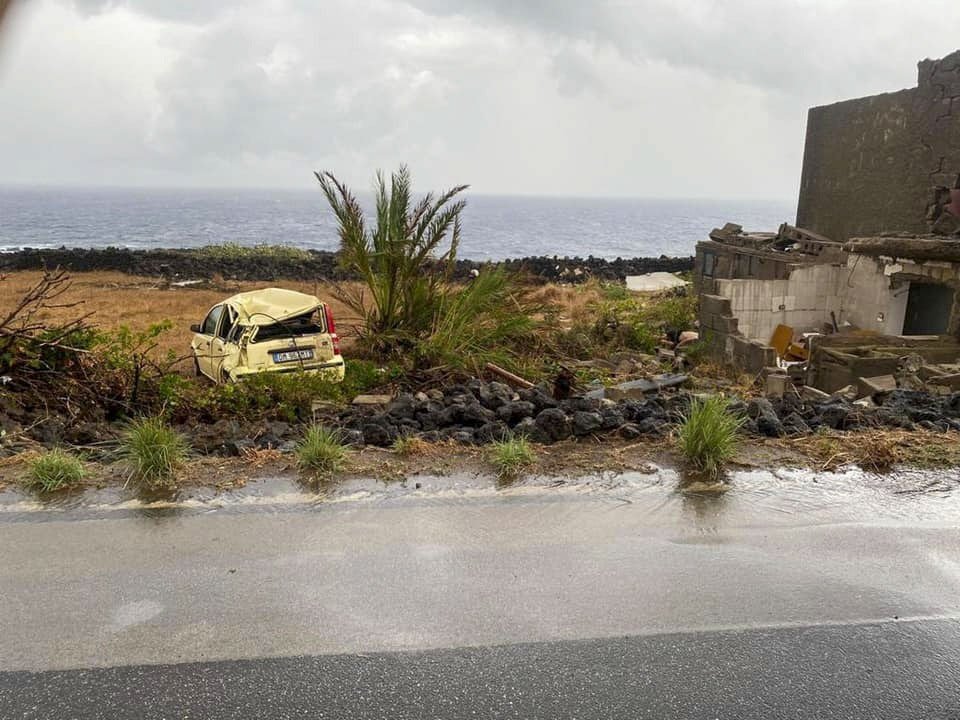 Two people were killed and nine others were injured Friday after a tornado hit Pantelleria, a small Italian island in the Mediterranean, sweeping up cars and whipping down coastal roads, authorities said.

In a tweet, the firefighters said the twister struck on Pantelleria, which is south of Sicily, shortly before 7 p.m. local time (5 p.m. GMT).

"Utility poles bent over, roofs damaged and trees knocked down,'' the firefighters said.

The largely arid island is popular with vacationers.

The Italian news agency ANSA said the dead were identified as island residents – a firefighter who is stationed on the island and an 86-year-old man. The victims were in separate cars that were among some 10 vehicles that were flipped into the air by the force of the tornado, ANSA said.

At least one car landed on its roof while another ended up on its smashed front end.

Nine persons were injured, including two in critical condition, Pantelleria Mayor Vincenzo Vittorio Campo told Sky TG24 TV. No one appeared to be missing on the island, the mayor said.

The dead were thrown free of their vehicles, with one victim landing on a low wall and the other on the ground, ANSA said.