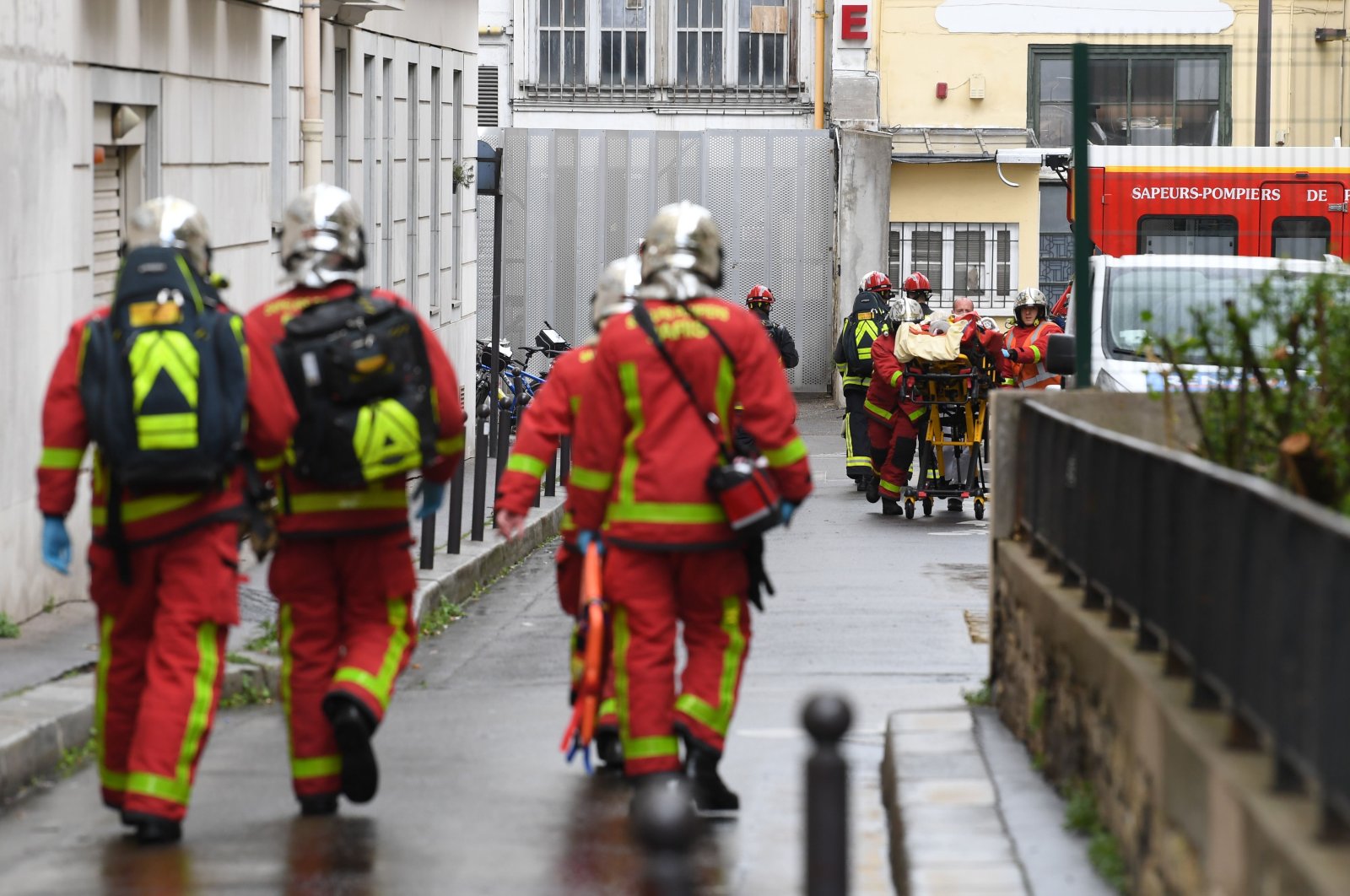 French terrorism authorities are investigating a knife attack that wounded at least two people Friday near the former offices of the satirical newspaper Charlie Hebdo in Paris, authorities said. A suspect has been arrested.

The area in eastern Paris remained cordoned off by police two hours after the attack. Children were being sequestered in nine schools while police worked to determine no other suspects were on the run, according to education and police officials.

The stabbing came as a trial was underway in the capital for alleged accomplices of the organizers of the January 2015 attack on the Charlie Hebdo weekly that claimed 12 lives.

An investigation was opened into “attempted murder in relation with a terrorist enterprise,” according to an official at the prosecutor’s office. Authorities did not release the identity of the suspect arrested in the area of the Bastille Plaza.

“I saw a guy that was in his 30s or 40s with an ax in his hand who was walking behind a victim covered in blood ... I cant tell you how many victims there was, I just saw one,” witness Kader Alfa told The Associated Press (AP) at the scene.

The two people who were confirmed injured worked for documentary film company Premieres Lignes, according to founder Paul Moreira. He told BFM television that the attacker fled into the subway, and the company's staff members were evacuated.

Moreira said a man in the street “attacked two people who were in front of the building, didn’t enter the building," and then left. He said the company had not received any threats.

A Paris police official said that while authorities initially thought two attackers were involved, they now believe it was only one person, who was detained. The official said police were still searching the area while they questioned the arrested suspect.

Police initially announced that four people were wounded in the attack, but the official told AP that there are in fact only two confirmed wounded. Police could not explain the discrepancies.