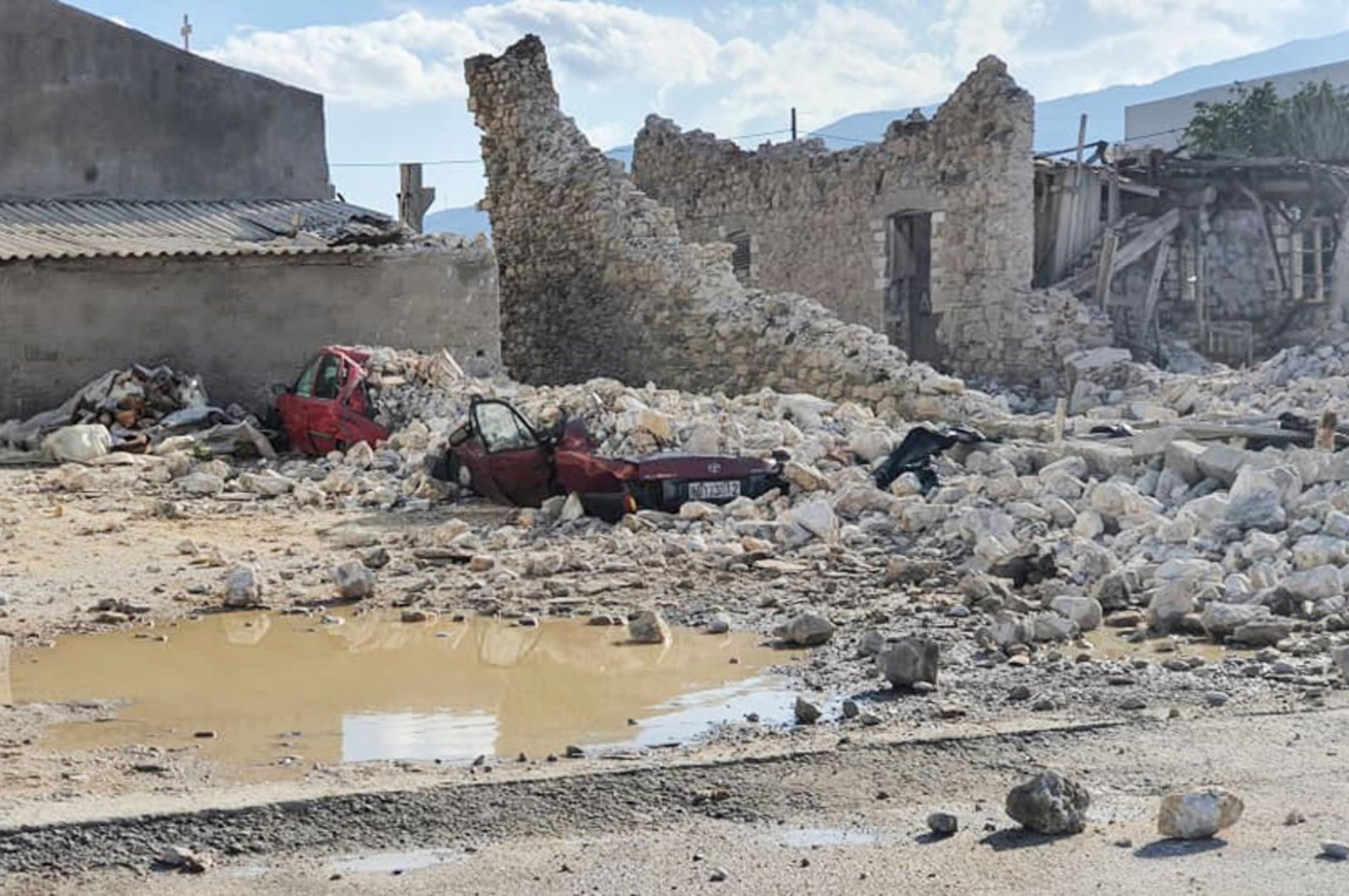 At least two teenagers have died and eight more people are injured as a severe earthquake hit the eastern Greek Aegean island of Samos on Friday.

Several buildings and houses have suffered extensive damage, with a portion of a historical church also collapsing, according to local media reports.

Greek state broadcaster ERT said two teenagers, aged 15 and 17, a boy and a girl, were confirmed dead after being found unconscious in an area where a wall had collapsed near Vathy, a town on the island.

Eight more people have been taken to hospitals in Samos with injuries of varying severity, reports said.

The epicenter of the earthquake was recorded 19 kilometers (11.8 miles) northwest from the island's center and its depth was 10 kilometers, the National Observatory of Athens, Institute of Geodynamics reported.

The quake was recorded at 1:51 p.m. local time (1151GMT) and tremors were also felt in the Greek capital Athens.

The institute initially put the magnitude of the quake at 6.6, but later revised it to 6.7.

A small-scale tsunami also hit the island's main port and flooded its streets, with media reports saying that cars have been washed away into the sea.

Speaking to ERT, seismologist Efthymios Lekkas said it seems likely that the danger of more tremors has passed but it is still too early to rule out any further risks.

Turkey's Aegean region was more severely hit by the powerful earthquake, with at least six people dead and over 200 injured in the western province of Izmir.

At least 70 people have been rescued from the debris of collapsed structures so far, according to Izmir Governor Yavuz Selim Köşger.