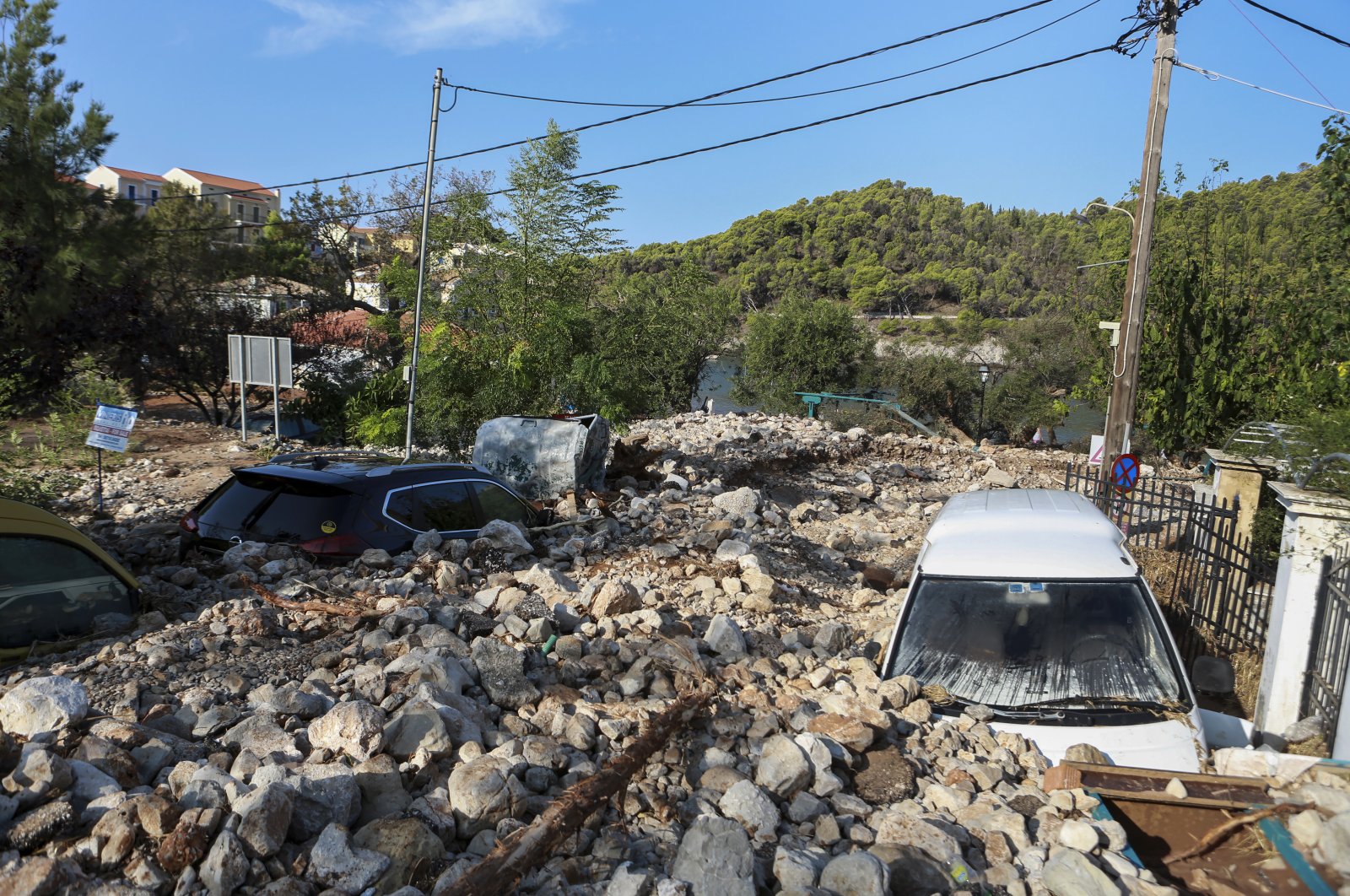 Ianos uprooted trees and caused power cuts on the Ionian islands and the western Peloponnese. It swept through central Greece Saturday, hitting the cities of Karditsa and Farsala before it moved south to the island of Crete.

The body of a man was found under the collapsed roof of his house in a village near Karditsa Sunday, the Athens News Agency said. On Saturday, a 63-year-old man was found dead in the same area and the body of an elderly woman was found in nearby Farsala, fire brigade officials said.

Authorities were still searching for a woman reported missing in Karditsa, the official said.

The heavy rainfall Saturday turned Karditsa, in one of Greece's biggest plains, into a lake. Video footage showed flooded highways, collapsed bridges and agricultural land turned into mud lakes with farmers carrying their sheep to safety.

A river flooded its banks and damaged roads and a medical center in the town of Mouzaki.

Experts estimate that about 5,000 houses were flooded in the area of Karditsa. Prime Minister Kyriakos Mitsotakis, who is expected to visit the region in the coming days, said the government will provide economic relief to the affected regions.

By Saturday night, the storm had reached Crete, where heavy rainfall flooded streets and shops.

The fire brigade said it had received more than 2,450 calls in the affected regions for assistance to rescue trapped people, cut down trees and pump out water from homes and businesses.

Cyclones were first recorded in Greece in 1995 and have become more frequent in recent years. A similar storm hit the country in 2018. Flash floods in 2017 killed 25 people and left hundreds homeless.