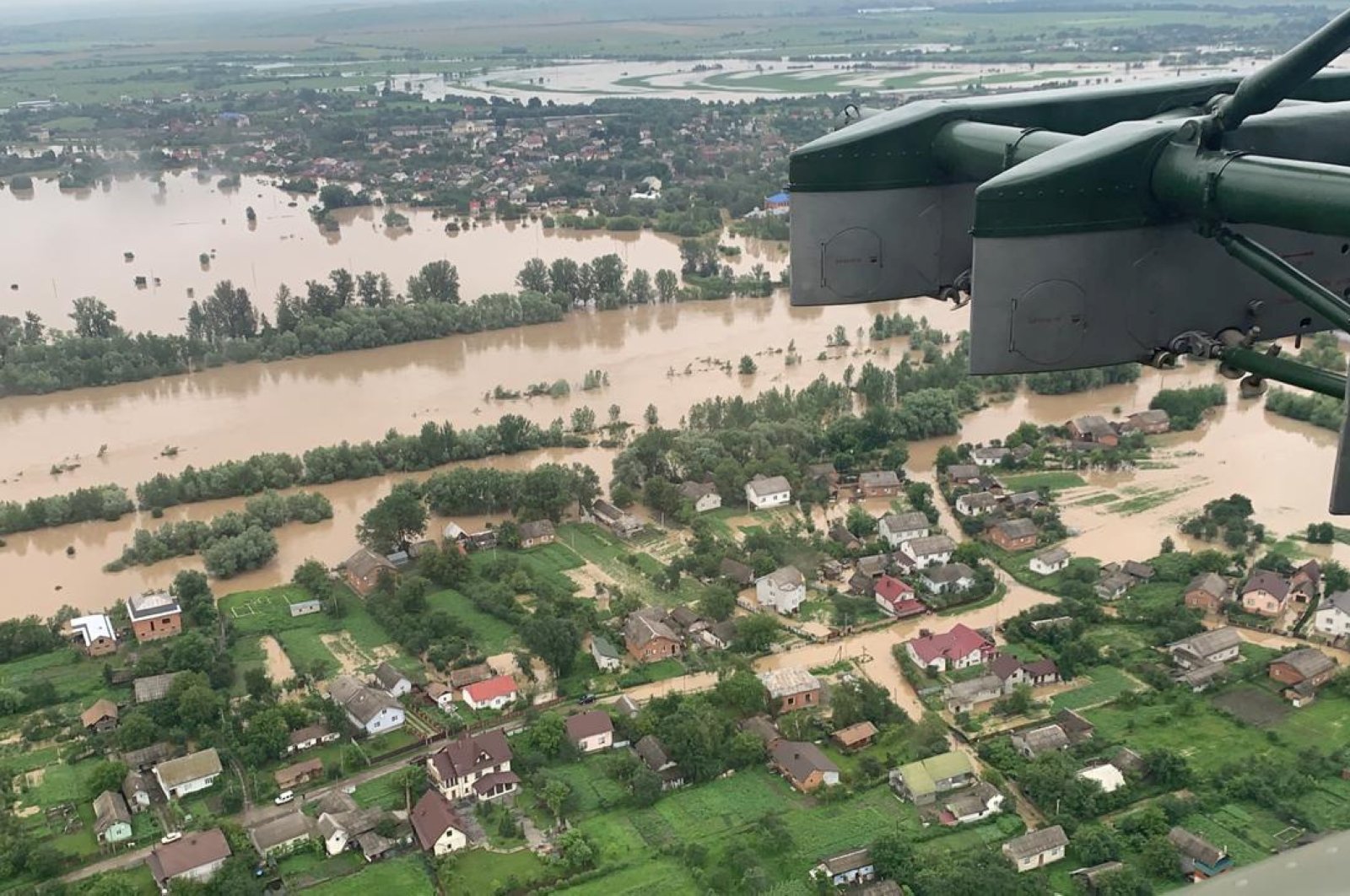 Three people have died and hundreds more have fled their homes in western Ukraine following the worst flooding in a decade, authorities said Wednesday.

Floods caused by heavy rains that began this week hit 200 villages, damaging 5,000 homes and forcing the evacuation of 800 people, the Interior Ministry said.

The worst-hit region is Ivano-Frankivsk on the Romanian border.

Around 70% of monthly rainfall in some regions fell over several days, said Interior Minister Arsen Avakov, who flew to the disaster zone with the prime minister and the head of emergency services.

More than 100 kilometers (61.2 miles) of road and around 90 bridges have been destroyed, the Interior Ministry said Wednesday.

Footage from a regional administration and on social media showed raging mountain rivers, a partially-submerged village, and fields and roads covered by water.

Authorities are beginning deliveries of food by helicopter to villages cut off by the floodwaters.

It is the biggest flood since 2008 when 39 people were killed in western Ukraine.

Some experts blame large-scale and often illegal logging operations in the Carpathian mountains for stripping trees that would normally help contain the run-off.