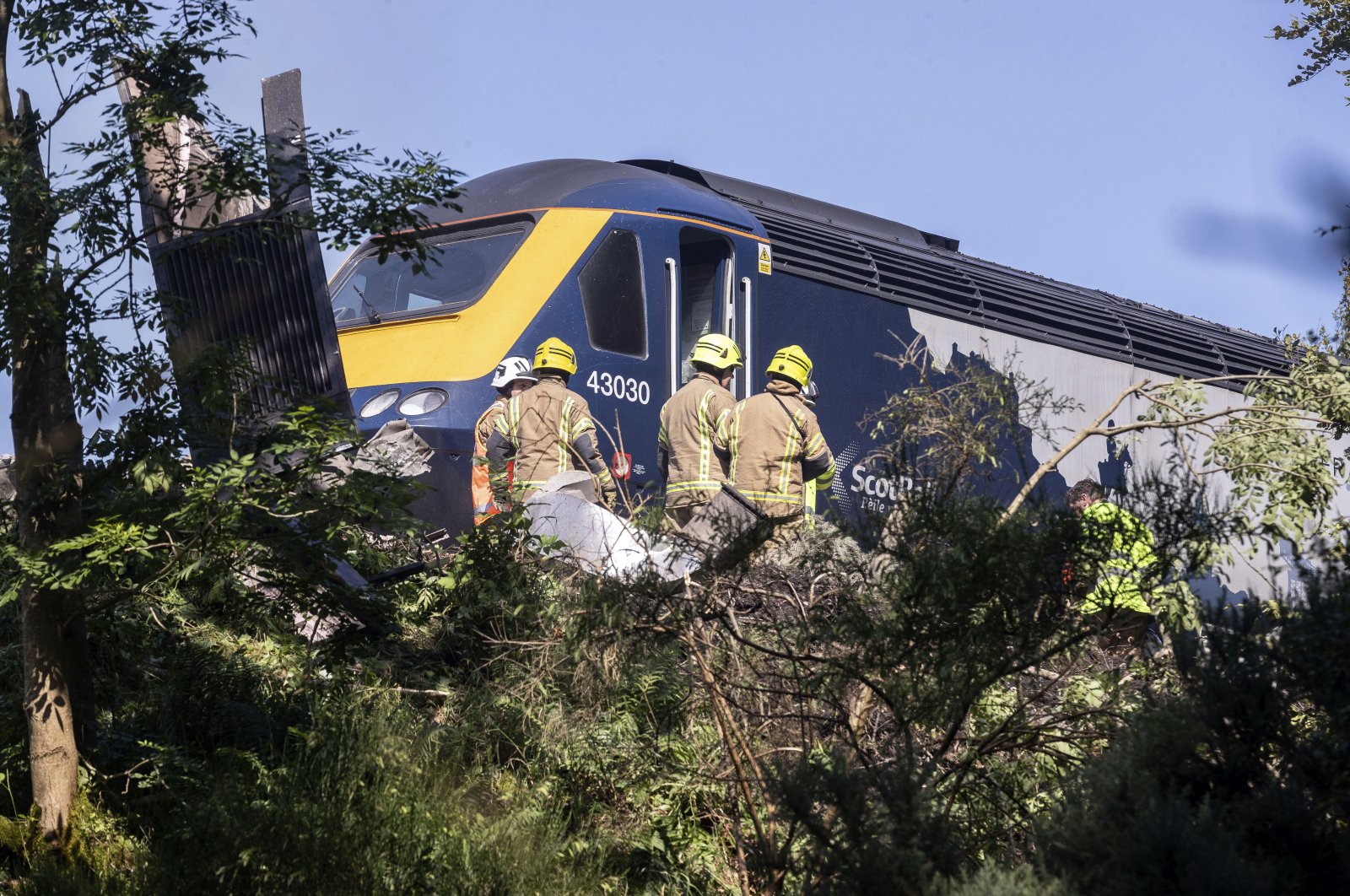 Police and paramedics were responding Wednesday to a train derailment in northeast Scotland and smoke could be seen rising from the site.

The British Transport Police force said officers were called at 9:43 a.m. (0843GMT) to the railway line near Stonehaven, about 100 miles (160 kilometers) northeast of Edinburgh, where a train had derailed.

Police, several ambulances, an air ambulance and fire engines were at the scene.

She tweeted that it was “an extremely serious incident.”

“I’ve had an initial report from Network Rail and the emergency services and am being kept updated. All my thoughts are with those involved,” she said.

"I am saddened to learn of the very serious incident in Aberdeenshire and my thoughts are with all of those affected. My thanks to the emergency services at the scene," he tweeted.

Local lawmaker Andrew Bowie said one hospital in nearby Aberdeen had declared a major incident.

Stonehaven is on the line for passenger trains linking Aberdeen with the cities of Edinburgh and Glasgow. The hilly area was hit by storms and flash flooding overnight.