3% of Netherlands population may have coronavirus antibodies, study says 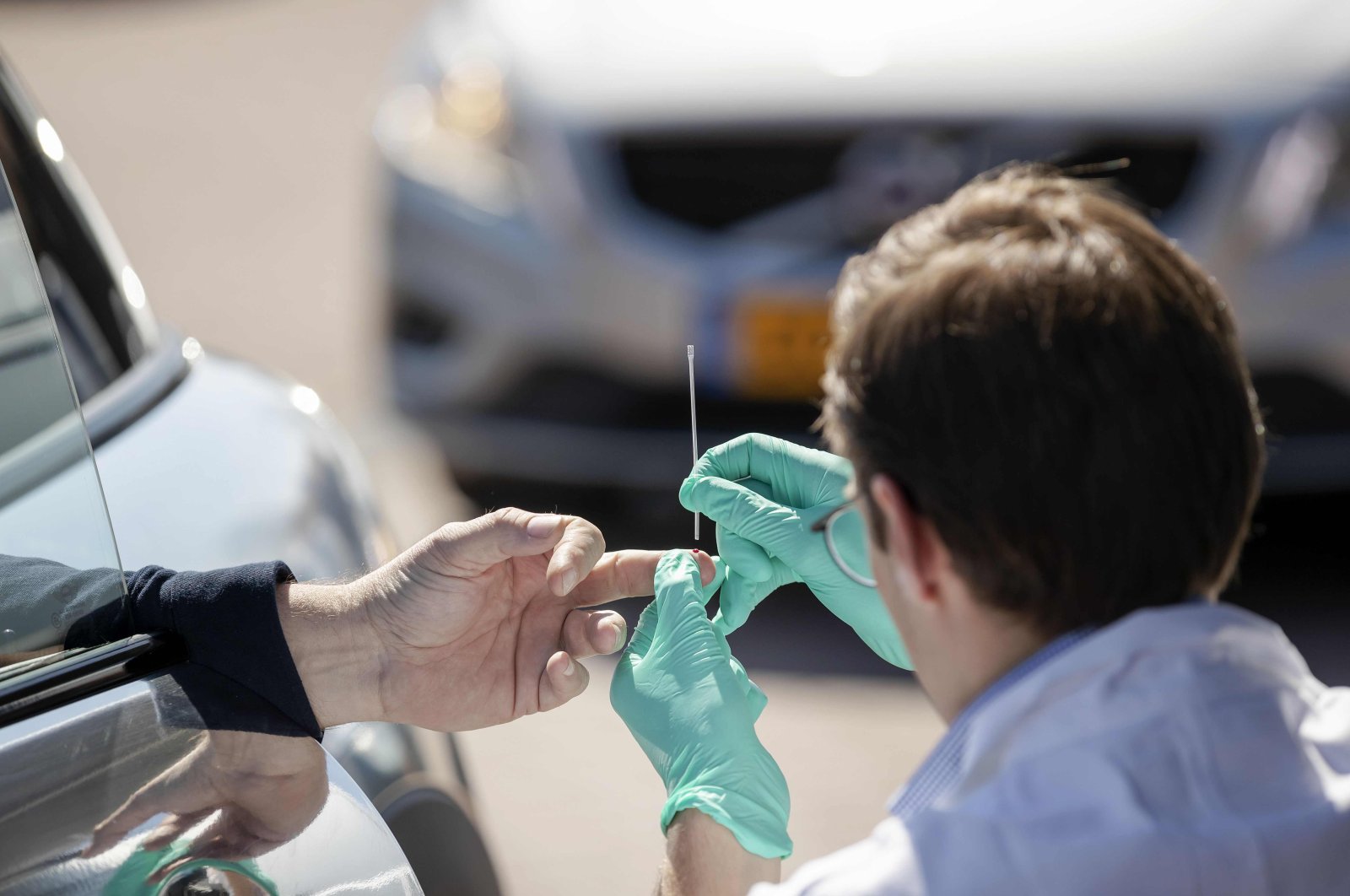 Employees test vehicle occupants for the new coronavirus at a drive-in facility of Innatoss Laboratories and IMTest Foundation in Oss, Netherlands, April 15, 2020. (AFP Photo)
by REUTERS
Apr 16, 2020 11:37 am

A study of Dutch blood donors has found that around 3% have developed antibodies against the new coronavirus, health authorities said Thursday, an indication of what percentage of the Dutch population may have already had the disease.

The head of the National Institute for Health (RIVM), Jaap van Dissel, disclosed the results during a debate with parliament.

"This study shows that about 3% of Dutch people have developed antibodies against the coronavirus," Van Dissel said. "You can calculate from that, it's several hundred thousand people" in a country of 17 million.

There are 28,158 confirmed coronavirus cases in the Netherlands, but only the very ill and health care workers are currently being tested.

The blood donation service Sanquin announced it would begin testing on 10,000 samples weekly on March 19, but later said it would only disclose results to the RIVM.