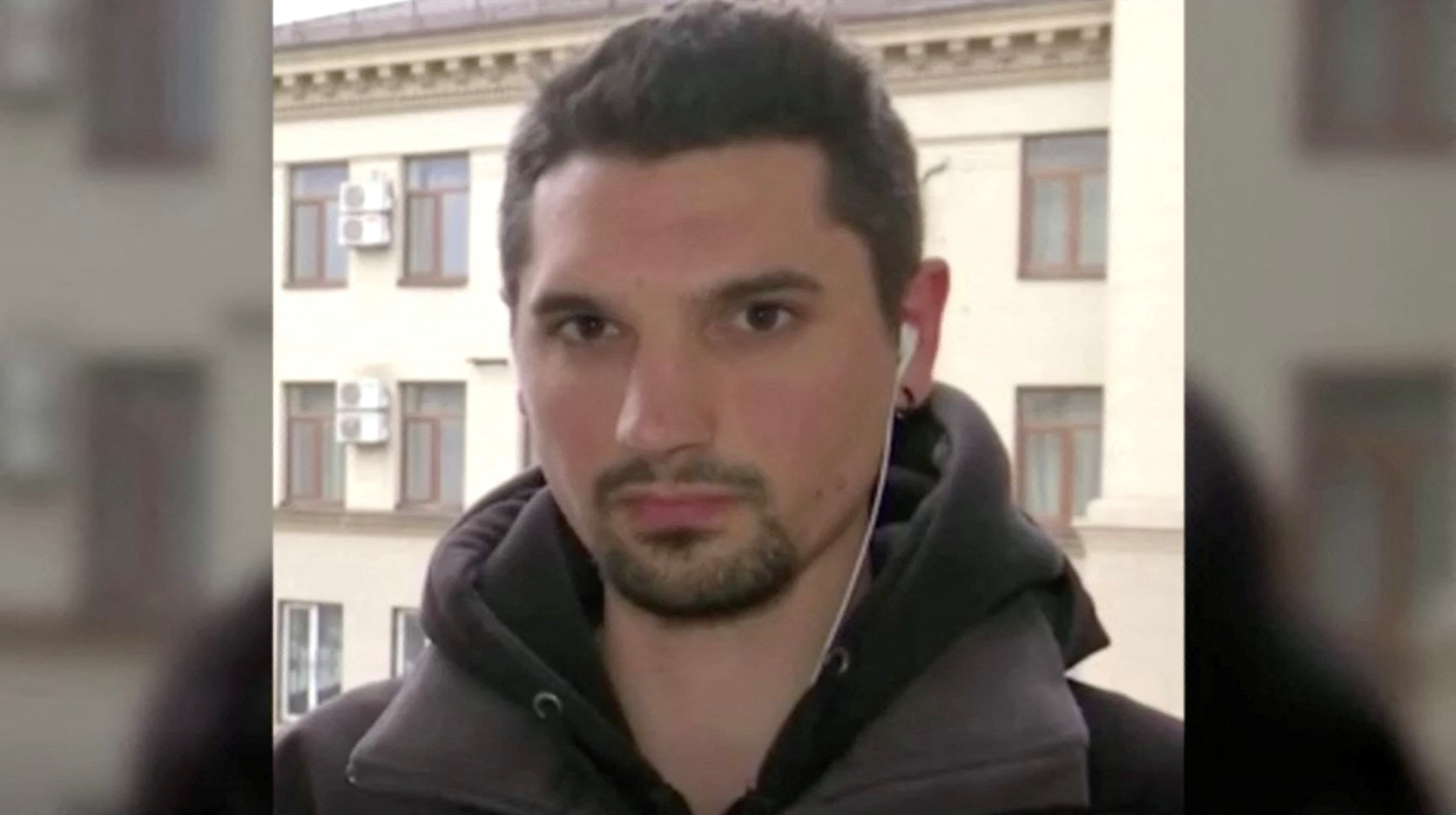 An undated photo of French journalist Frederic Leclerc-Imhoff, who was killed in shelling, is seen in this screengrab taken from a video released by BFM TV, May 30, 2022. (Reuters Photo)
by Associated Press May 30, 2022 7:19 pm
RECOMMENDED

As the war in Ukraine rages on, a 32-year-old French journalist was killed Monday in eastern Ukraine, fatally hit by shell shrapnel while covering a Ukrainian evacuation operation, according to the French news broadcaster that he worked for.

BFM TV said its journalist Frédéric Leclerc-Imhoff was killed as he was "covering a humanitarian operation in an armored vehicle" near Severodonetsk, a key city in the Donbass region that is being hotly contested by Russian and Ukrainian forces. He had worked for six years for the French television channel.

French President Emmanuel Macron paid tribute to Leclerc-Imhoff on Twitter, saying he "was in Ukraine to show the reality of the war."

"Aboard a humanitarian bus, alongside civilians forced to flee to escape Russian bombs, he was fatally shot," Macron tweeted.

Macron expressed condolences to his family, relatives and colleagues and spoke of "France's unconditional support" to "those who carry out the difficult mission of informing in theaters of operations."

French Foreign Minister Catherine Colonna called the journalist's death "deeply shocking." "France demands that a transparent inquiry be launched as soon as possible to shed full light on the circumstances of this tragedy," she added.

Earlier Monday, the governor of the Luhansk region, Serhiy Haidai, announced Leclerc-Imhoff's death in a Telegram post, saying that Russian forces fired on an armored vehicle that was traveling to pick up people for evacuation.

"Shrapnel from the shells pierced the vehicle's armor, fatally wounding an accredited French journalist in the neck who was reporting on the evacuation. The patrol officer was saved by his helmet," he wrote. As a result of the attack, the evacuation was called off, Haidai said.

He posted an image of Leclerc-Imhoff's Ukrainian press accreditation, and images of what he said was the aftermath of the attack.

Ukrainian Interior Ministry adviser Anton Gerashchenko said another French journalist was wounded along with a Ukrainian woman who was accompanying them. He said Leclerc-Imhoff's body was evacuated to the nearby Ukrainian-held city of Bakhmut, from where it will be taken to the central city of Dnipro for an autopsy.

He said the patrol officer accompanying the vehicle was hit by shrapnel in the head and taken to a military hospital.