4.4% of French population had been infected with coronavirus, study says 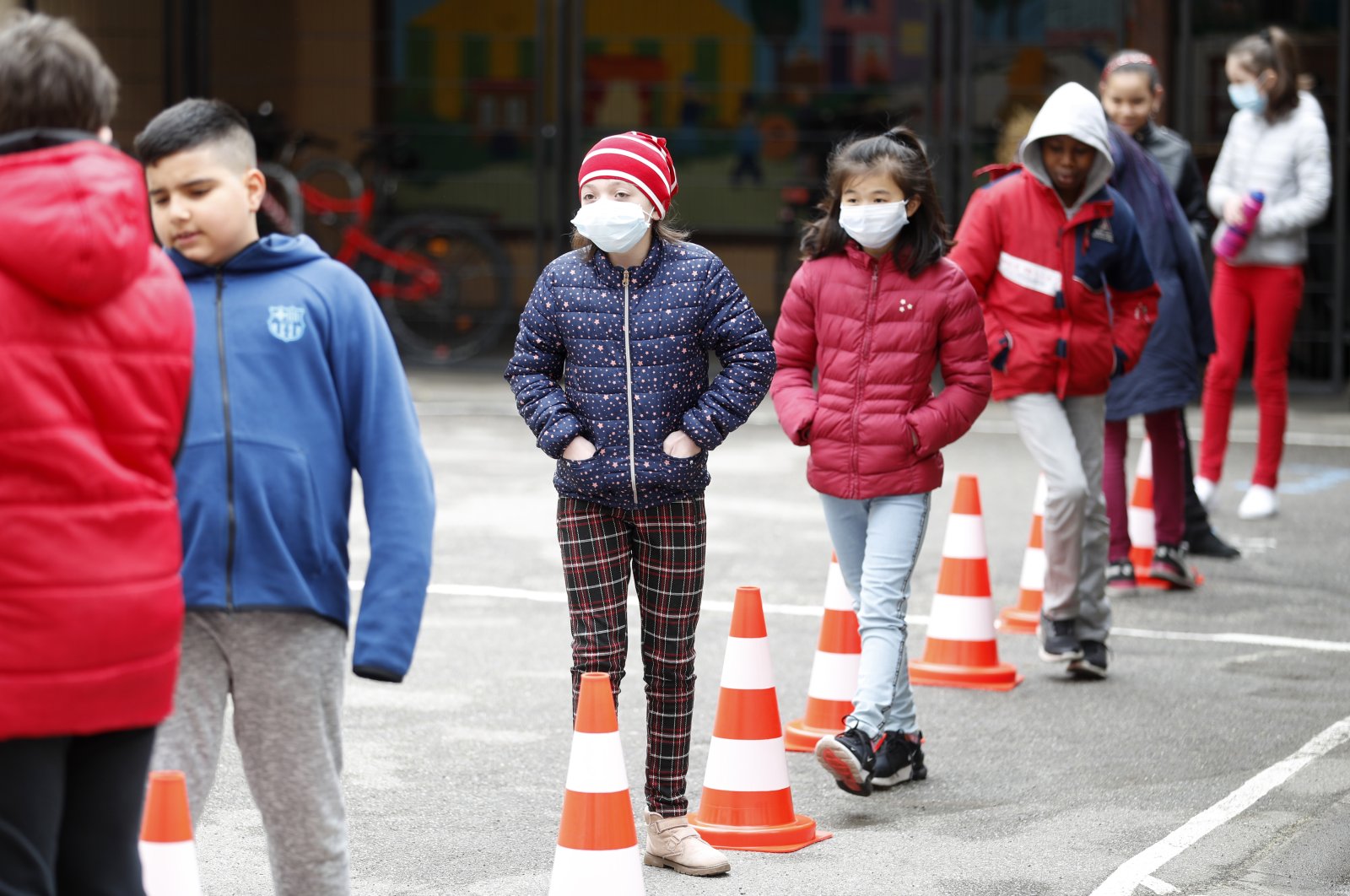 Schoolchildren wait in line to use the toilet in the schoolyard of the Sainte Aurelie primary school of Strasbourg, eastern France, Thursday, May 14, 2020. (AP Photo)
by REUTERS
May 14, 2020 2:01 pm

A study led by the Pasteur Institute said a mere 4.4% of the French population – or 2.8 million people – have been infected by the novel coronavirus, much higher than the official count of cases but way too low to achieve so-called "herd immunity."

In a study published Wednesday in the journal Science, researchers say the infection rate in the worst-hit parts of France – the eastern part of the country and the Paris region – is between 9% and 10% on average.

"Around 65% of the population should be immune if we want to control the pandemic by the sole means of immunity," the study says.

Herd immunity refers to a situation where enough people in a population have immunity to an infection to be able to effectively stop that disease from spreading.

The rate of infection was measured by the Pasteur Institute as of May 11, the day when France started to unwind its almost two-month-long national lockdown.

"As of a consequence, our results show that, without a vaccine, the herd immunity alone will not be enough to avoid a second wave at the end of the lockdown. Efficient control measures must thus be upheld after May 11," researchers say.

France's overall death toll from the virus rose to 27,074 on Wednesday, the fifth-highest in the world, and total number of cases officially stood at 177,700, the seventh-highest total.

The Pasteur Institute also said the lockdown put in place on March 17 in France led to a drastic decline of the coronavirus' reproduction rate, going from 2.9 to 0.67 over the 55-day virtual standstill of the country.

A Spanish study also published on Wednesday showed similar results, saying about 5% of the country's population had contracted the disease and that there was no herd immunity in Spain, also emerging progressively from a long lockdown.