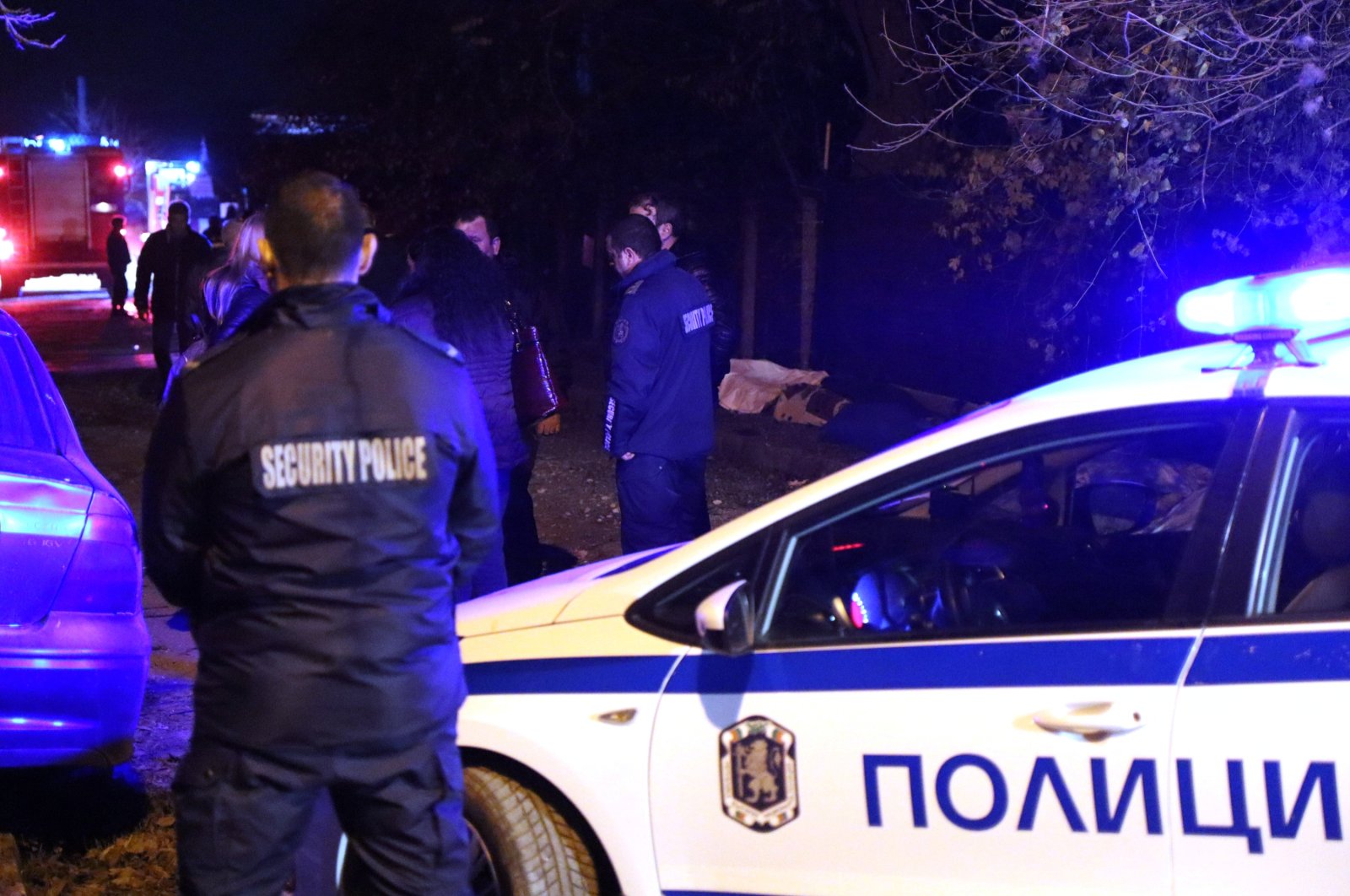 Covered bodies, victims of a fire accident, lie on the ground as police officers and investigators are seen near the nursing home in the village of Royak, Bulgaria, late Monday, Nov. 22, 2021. (Bulphoto Agency via AP)
by Agencies Nov 23, 2021 8:05 am
RECOMMENDED

At least 45 people, including 12 children, died as a bus carrying mostly North Macedonian tourists crashed in flames on a highway in western Bulgaria on Tuesday, officials said.

Seven people who leapt from the burning bus were rushed to hospital in Sofia and were in stable conditions, hospital staff said. Bulgaria's Interior Ministry said 45 people died, one less than the toll given earlier.

The cause of the accident was unclear but the bus appeared to have hit a highway barrier either before or after it caught fire, Bulgarian officials said. The tourist bus was travelling from Turkey to North Macedonia.

Television footage showed the bus charred and gutted by fire in the middle of the highway.

Interior Minister Boyko Rashkov said: "People are clustered inside and are burnt to ash."

"The picture is terrifying, terrifying. I have never seen anything like that before," he told reporters at the site.

"Human mistake by the driver or a technical malfunction are the two initial versions for the accident," he said.

The accident happened on Struma highway about 45 kilometers (28 miles) west of Sofia around 2 a.m. (12 a.m. GMT) near the village of Bosnek.

"I am terrified. This is such a huge tragedy," North Macedonian Prime Minister Zoran Zaev told private television channel BTV.

"We don't know if all the victims are from North Macedonia, but we assume so because the bus is registered in the country," he said in an interview with Nova TV.

But police chief Stanimir Stanev said while the two drivers of the bus were Macedonian, the passengers were Albanian.

"Initial information shows that 52 people were travelling in the bus, including two drivers with Macedonian nationality and 50 passengers with Albanian nationality," he said.

Yanev and Interior Minister Boyko Rashkov rushed to the site of the crash Tuesday morning, while local media said that the North Macedonian and Albanian premiers were also on their way.

"He explained that they were sleeping in the bus when an explosion was heard. They succeeded to break one of the windows and save a few people. Unfortunately, the rest did not succeed," he said.

Bulgarian national police chief Stanimir Stanev while the two drivers of the bus were Macedonian, the passengers were Albanian, according to initial information.

Stanev said the bus driver died "immediately so there was no one able to open the doors".

Survivors "jumped out of the windows", said Maya Arguirova, head of the treatment centre for severe burns where they were transported.

In 2019, Bulgaria, a European Union nation of 7 million, had the second-highest road fatality rate in the 27-nation bloc with 89 people killed per million population, according to European Commission data.

A total of 628 people died in road accidents in 2019 and 463 in 2020 in the country of 6.9 million people, according to official data. The accidents were often attributed to poor road conditions, outdated cars and speeding.

Seventeen Bulgarian tourists died in 2018 when their bus skidded on a wet road and overturned.