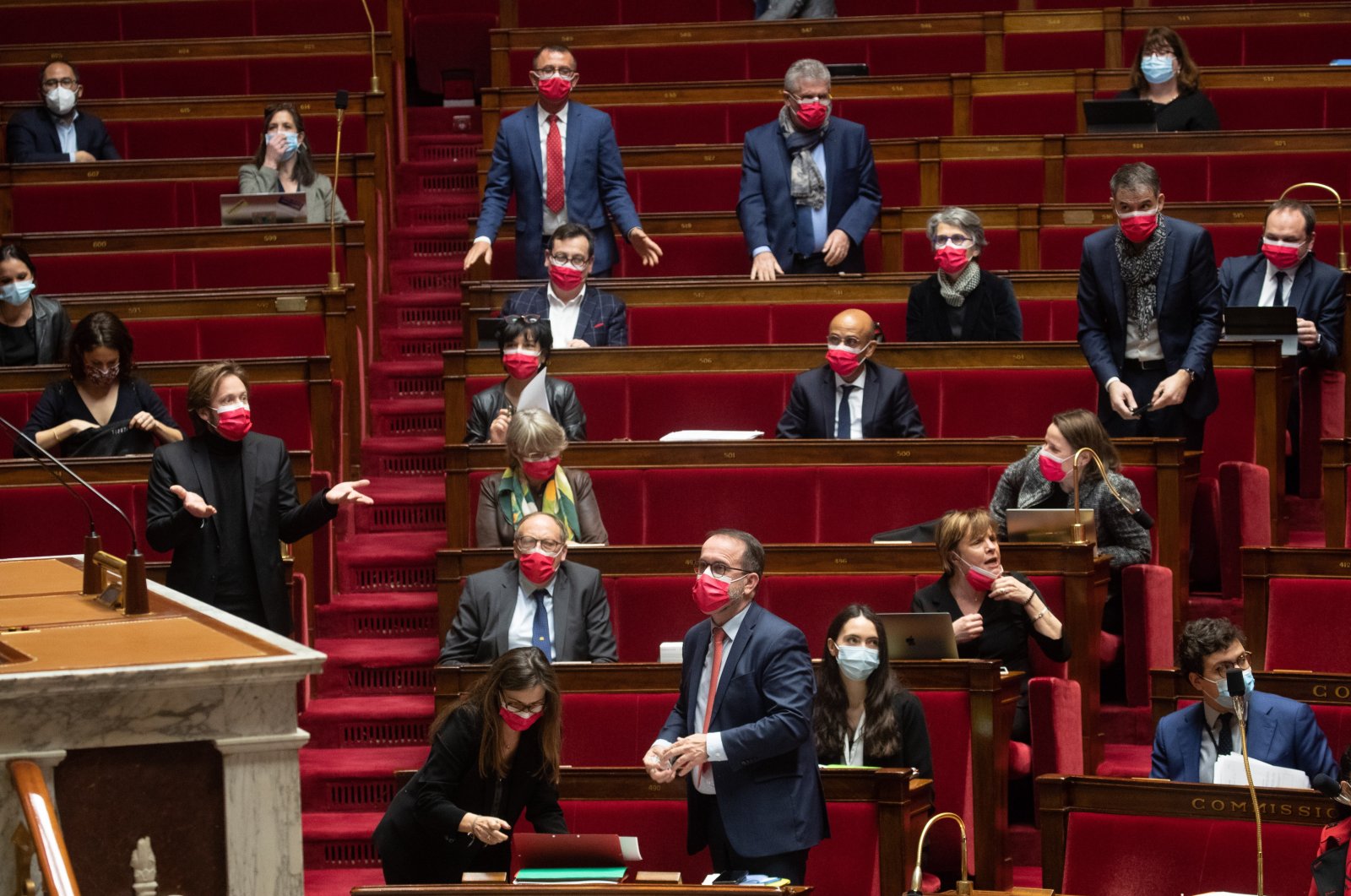 French Socialist Party lawmakers listen during a debate on a bill opening up the RSA (Social Solidarity Wage) to young people under 25 at the National Assembly in Paris, France, Feb. 18, Feb. 2021. (EPA Photo)
by German Press Agency - DPA Mar 09, 2021 9:45 pm

Some 50 lawmakers across the political spectrum in the French National Assembly have received death threats, local media reported on Tuesday.

In all, there are 577 politicians in the lower house of the French Parliament.

The lawmakers received the death threats by email but so far, it is unclear who sent them.

The threats were directed at lawmakers from the governing majority and the opposition alike, reports said.