6,000 hectares of woodland destroyed in wildfires in Spain 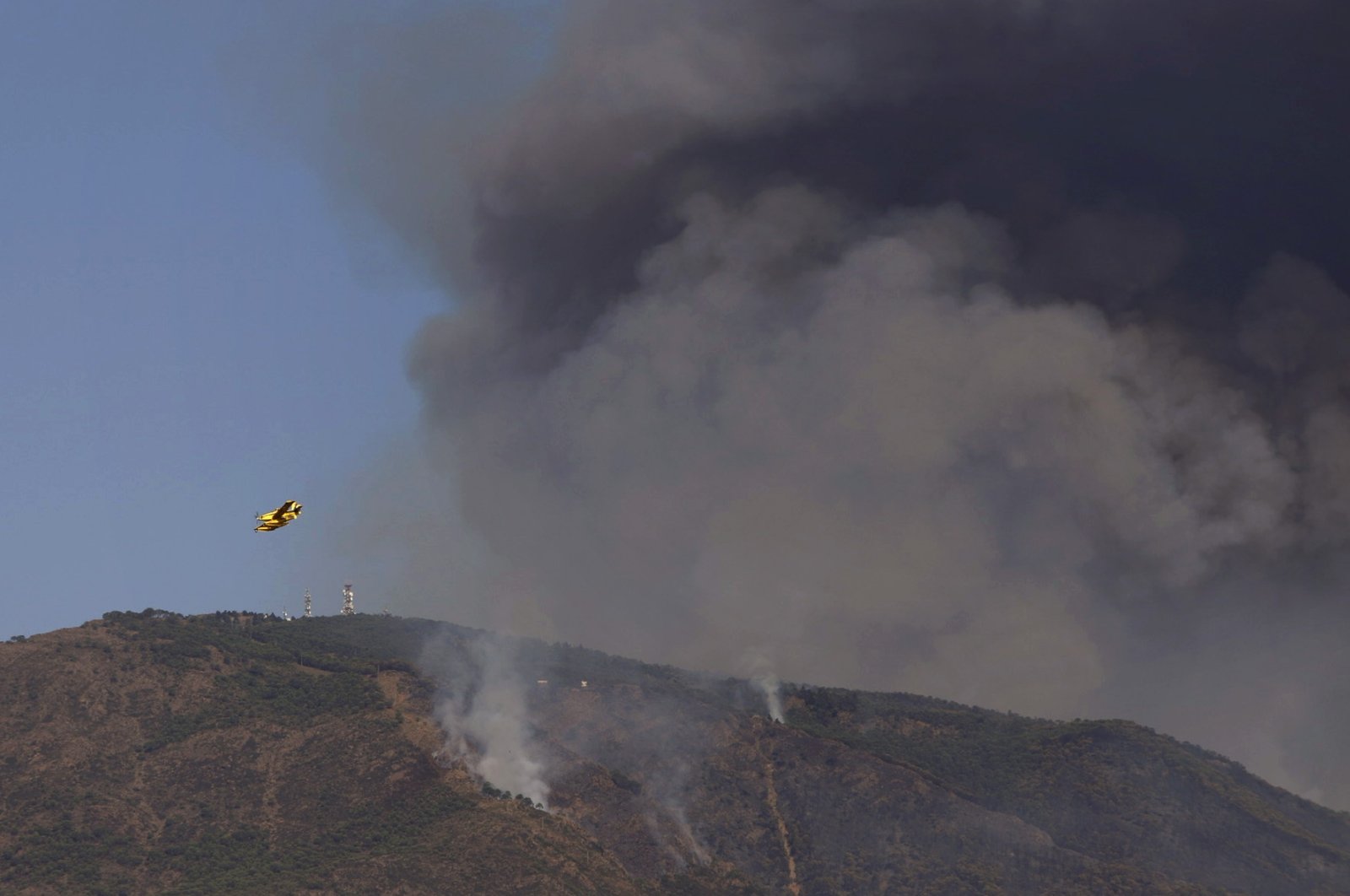 At least 6,000 hectares of woodland were destroyed as a result of wildfires raging on the Costa del Sol in southern Spain in the past four days.

Emergency crews evacuated people from the towns of Juzcar and Alpandeire as the blaze continued to burn at the base of the Sierra Bermeja mountains in Andalusia on Sunday, the rescue service said.

Some 1,620 people have been forced to leave their homes since Thursday. It was not immediately known whether this number included tourists too." There hasn't been a forest fire like this in Andalusia or probably in Spain for years," said Andalusian regional president Juanma Moreno.

Victor Resco, professor of forestry at the University of Lleida, said the fire cloud was like a storm and could lead to new fires through electrical discharge, in comments to a broadcaster. He said such forest fires were "impossible to fight." The UME military emergency unit is supporting the fire brigade and the civil defense in their attempts to put the fire out, with a total of 6,000 people deployed in the region near Estepona, 80 kilometers southwest of Malaga.

One firefighter died on Thursday.

The heat of up to 30 degrees Celsius, a lasting drought and powerful winds have all hampered firefighting efforts.

Meanwhile, dense clouds of smoke meant the AP7 motorway had to be closed repeatedly in recent days.