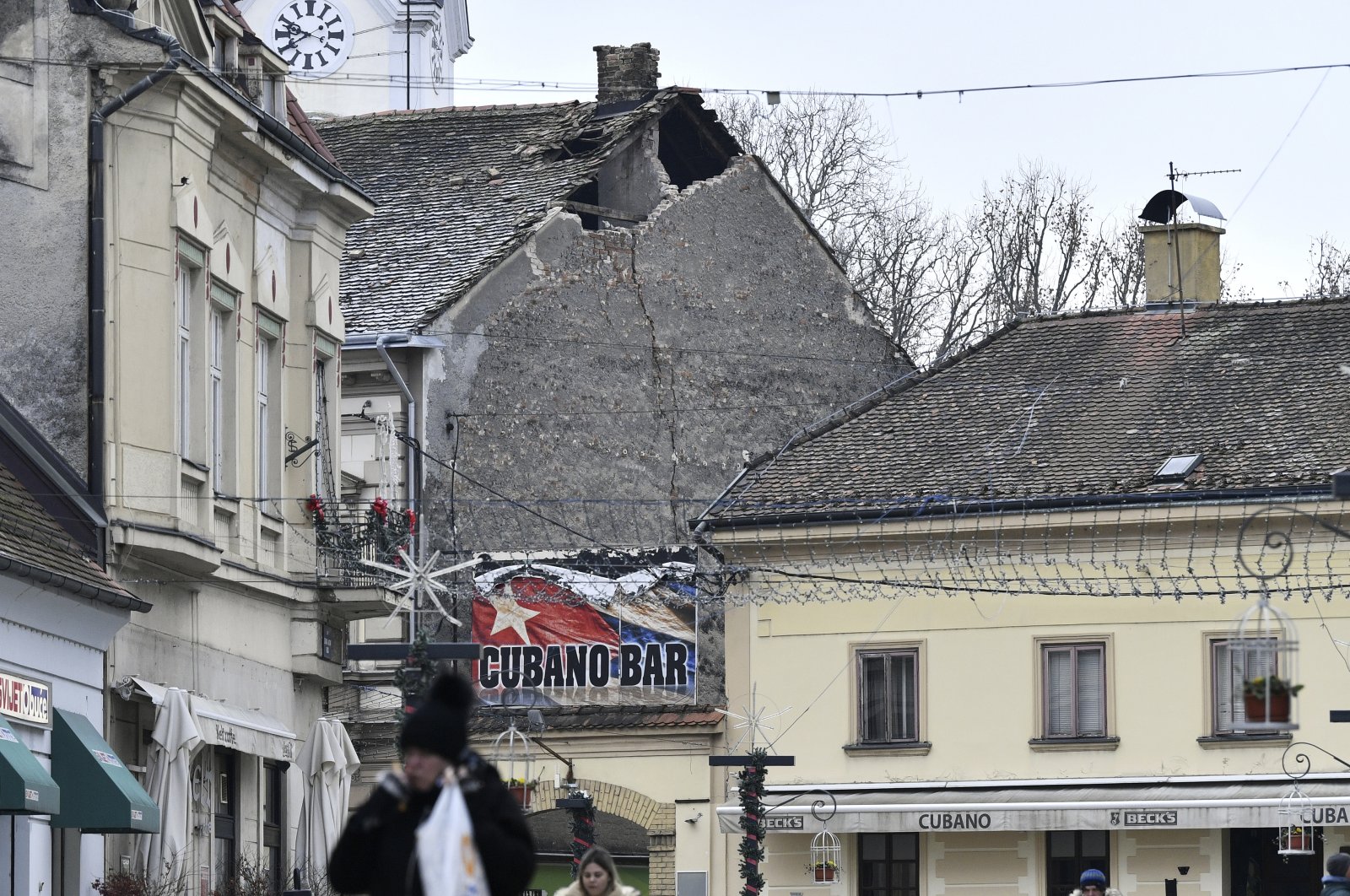 A strong earthquake in Croatia destroyed buildings and killed at least seven people Tuesday southwest of the capital, displacing scores of area residents or making them afraid to sleep indoors as emergency teams searched for those still missing by nightfall.

The same area was struck by a magnitude 5.2 quake Monday. Officials said a 12-year-old girl died in Petrinja, a town of some 25,000 people. Another six people were killed in nearly destroyed villages close to the town, according to HRT state television. At least 26 people were hospitalized, six with serious injuries, officials said, adding that many more people remained unaccounted for.

In Petrinja, cries could be heard from underneath destroyed houses. One woman was found alive some four hours after the quake. Emergency teams used rescue dogs in the search for survivors, while family members looked on in despair.

"My town has been completely destroyed. We have dead children,” Petrinja Mayor Darinko Dumbovic said in a statement broadcast by HRT. "This is like Hiroshima – half of the city no longer exists.”

Firefighters worked to remove the debris from a collapsed building that fell on a car. A man and a small boy eventually were rescued from the vehicle and carried into an ambulance. The town was left without electricity or running water as officials scrambled to set up temporary accommodation for all of the displaced residents in need.

Residents fearing another earthquake seemed poised to spend the night outside their homes. Petrinja resident Marica Pavlovic said the quake felt "worse than a war."

"It was horrible, a shock. You don’t know what to do, whether to run out or hide somewhere,” she told The Associated Press (AP).

Croatian Prime Minister Andrej Plenkovic and other government ministers arrived in Petrinja after the earthquake. "The biggest part of central Petrinja is in a red zone, which means that most of the buildings are not usable," Plenkovic said. He said the army has 500 places ready in barracks to house people, while others will be accommodated in nearby hotels and other places.

"No one must stay out in the cold tonight,” the prime minister said. Officials also toured a damaged hospital in the nearby town of Sisak, which was also badly hit. Plenkovic said the patients will be evacuated in army helicopters and ambulances.

Health officials said a baby was delivered in a tent in front of the hospital in the aftermath of the earthquake. European Commission President Ursula von der Leyen said on Twitter that she spoke with Plenkovic and instructed an envoy to travel to Croatia as soon as possible. As a Mediterranean country, Croatia is prone to earthquakes, but not big ones.

The last strong quake struck in the 1990s when the picturesque Adriatic coast village of Ston was destroyed.

The Croatian military was deployed in the quake-hit region to help with the rescue operation. Croatian seismologist Kresimir Kuk described the earthquake as "extremely strong,” far stronger than another one that hit Zagreb and nearby areas in the spring. He warned people to keep out of potentially shaky old buildings and move to newer areas of the city because of aftershocks. In the capital, people ran into the streets in fear.

The earthquake was felt throughout the country and in neighboring Serbia, Bosnia-Herzegovina and Slovenia. It was felt as far away as Graz in southern Austria, the Austria Press Agency reported.

Authorities in Slovenia said the Krsko nuclear power plant was temporarily shut down following the earthquake. The power plant is jointly owned by Slovenia and Croatia and located near their border.