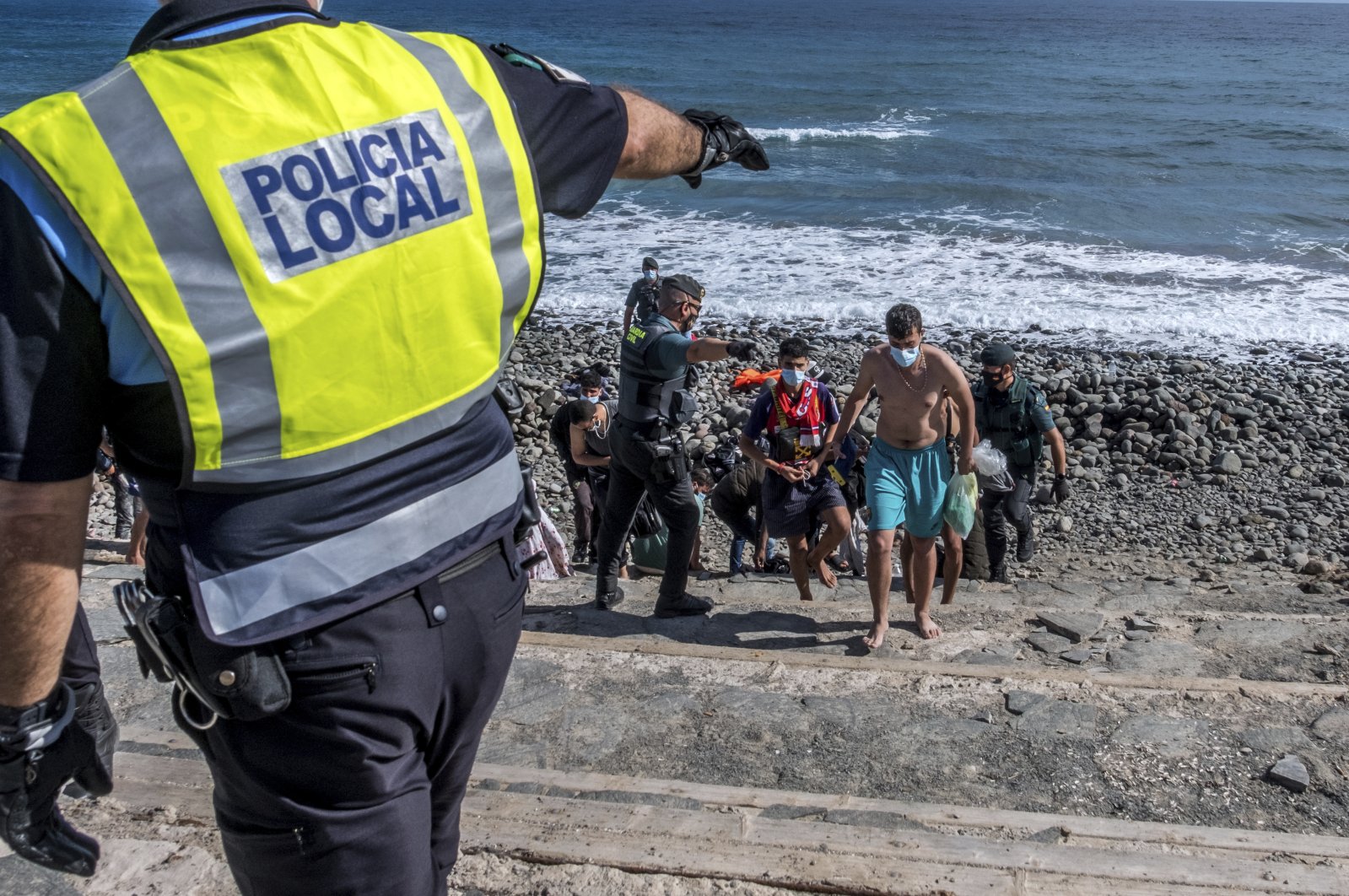 A boat with 35 migrants from the Maghreb region that was headed toward the Canary Islands capsized on Tuesday, emergency services said. At least 8 people were found dead and some are still missing, they said, adding that emergency services are still looking for a second boat.

Migrant arrivals in Spain's Canary Islands have surged to 17,000 this year – 10 times last year’s total – as North Africans grow desperate after losing their income from tourism, a sector hard hit by the coronavirus pandemic.

The surge in migration from West Africa to the Canary Islands has come at a high cost. At least 414 people have died or gone missing along this route so far this year, according to the International Organization for Migration (IOM), with most drowning or succumbing to dehydration.

West Africans desperate to get to Europe have increasingly opted to take the Atlantic route to the Canary Islands in recent years, as authorities have clamped down on crossings from Libya. The archipelago lies more than 100 kilometers (60 miles) from the coast of Africa at its closest point, but the route is perilous.

Rescues at sea and arrivals of flimsy boats from Africa on Spain's Canary Islands, where local authorities are already struggling to cope with the pandemic, have strained emergency services and left hundreds of migrants stuck for days in a makeshift harbor camp. The condition of the migrants, many of whom were left to sleep on the floor for days with just a blanket over them, is redoubling criticism from human rights organizations that see little progress in the government's handling of the emergency.