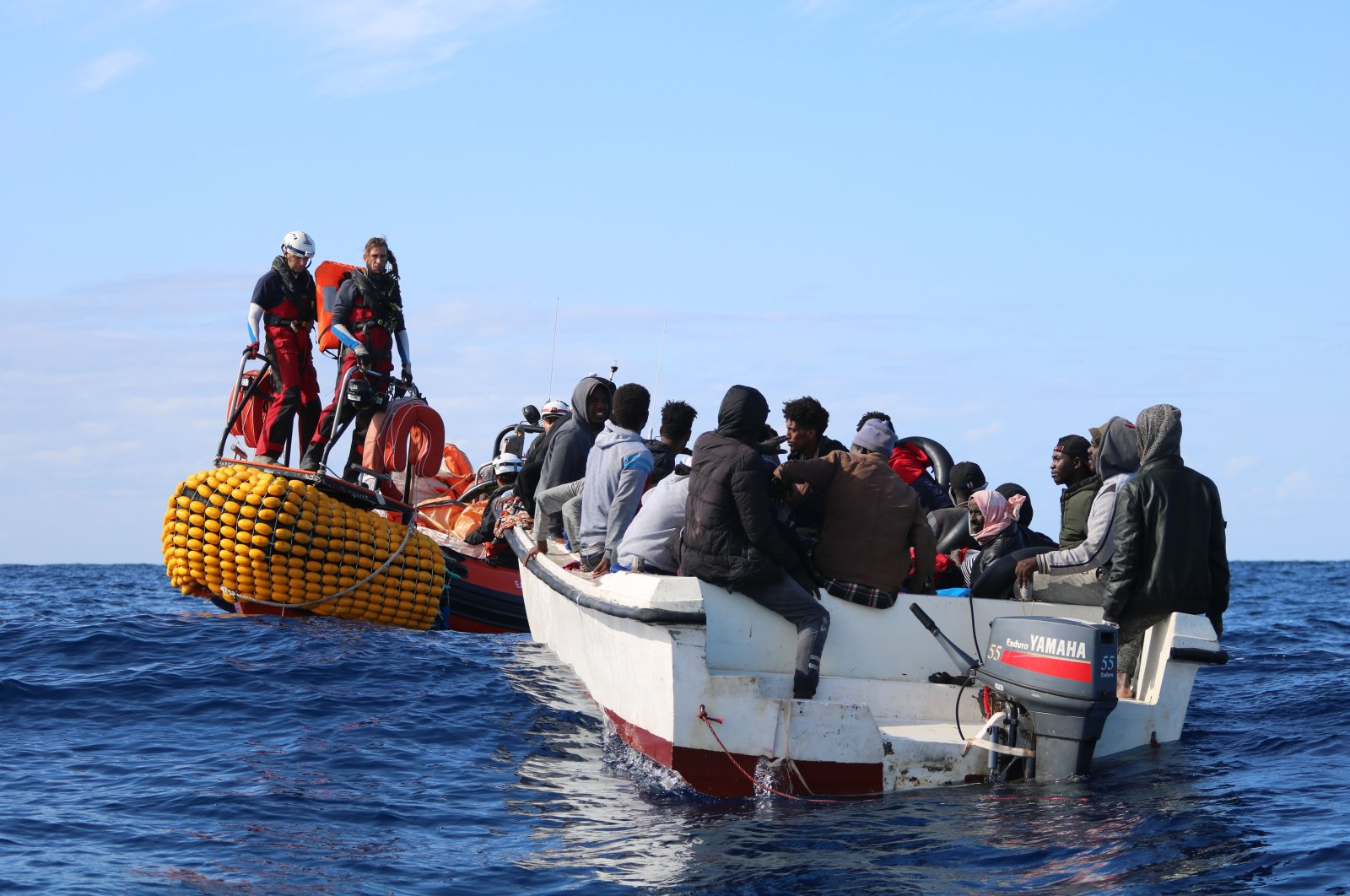 SOS Mediterranee team members from the humanitarian ship Ocean Viking approach a boat in distress with 30 people on board in the waters off Libya, Nov. 20, 2019. (AP Photo)
by Daily Sabah with AFP Jul 23, 2020 10:25 am
RECOMMENDED

The ship had been allowed to disembark at a Sicilian port on July 7, with 180 rescued migrants onboard transferred to another boat for a two-week coronavirus quarantine. Those two weeks ended on Tuesday, but the next day the Ocean Viking was immobilized.

"Over the past three months, the same argument over safety has been systematically used by Italian authorities to detain four NGO (nongovernmental organization) ships," Frederic Penard, director of operations at the SOS Mediterranee, said in the statement.

"Why wasn't safety more of a concern to maritime authorities when, earlier this month, the Ocean Viking had to wait 11 days for a port to be assigned?"

The Italian coast guard said in a statement that an inspection had revealed "several technical and operational irregularities" and the ship was under "administrative detention" until they were corrected.

The migrants, mainly from Bangladesh, Eritrea, North Africa and Pakistan, were picked up in four separate rescues in the Mediterranean on June 25 and 30.

Their disembarkment initially came as a relief, after a tense few days on the ship marked by migrants jumping overboard, a suicide attempt and bouts of violence. The Ocean Viking resumed rescue operations on June 22 after a three-month halt because of the COVID-19 pandemic. More than 100,000 migrants tried to cross the Mediterranean last year with more than 1,200 dying in the attempt, according to the International Organization for Migration (IOM).