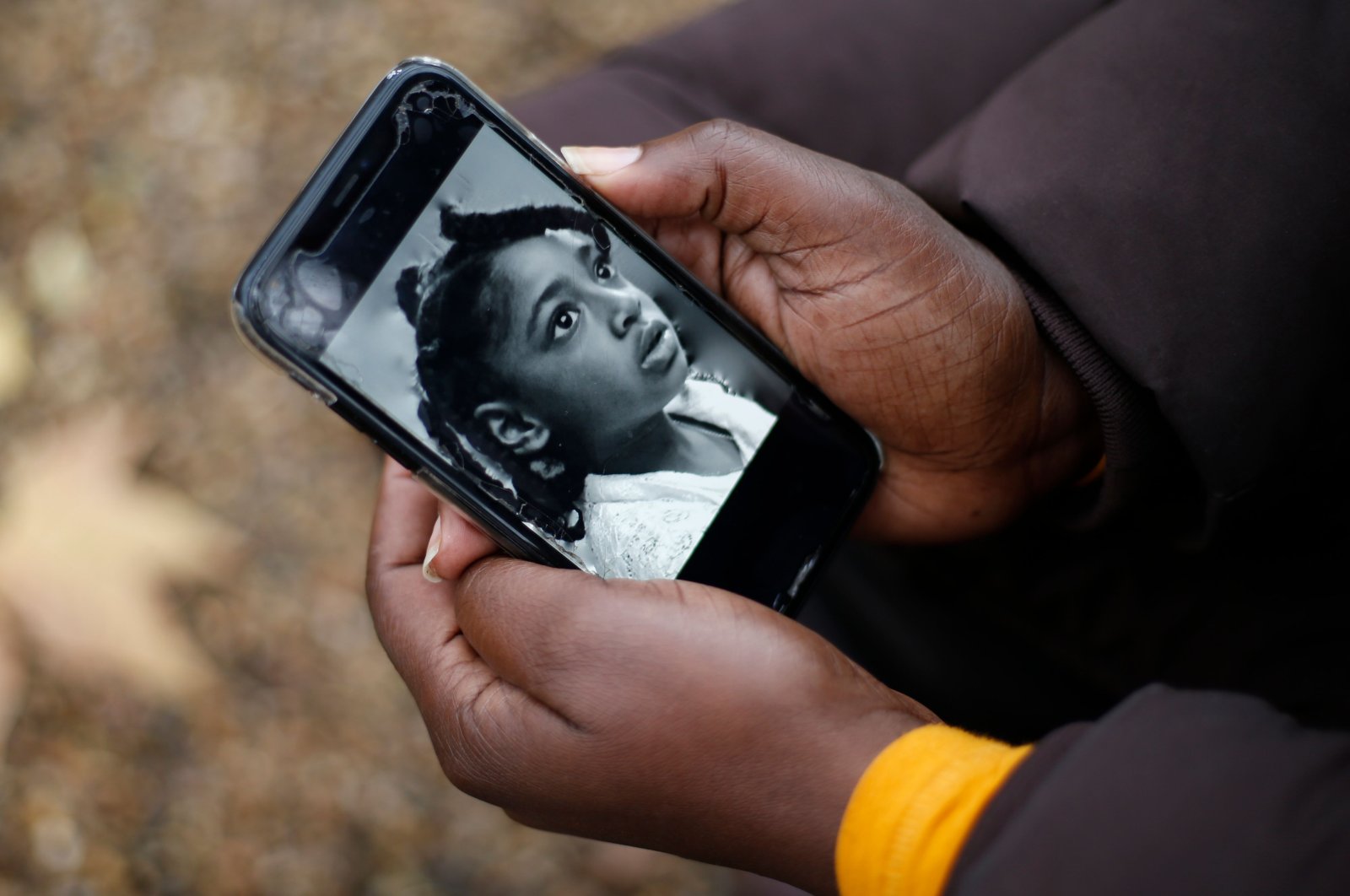 Rosamund Adoo-Kissi-Debrah holds her mobile phone displaying a photograph of her daughter Ella Adoo-Kissi-Debrah who died in February 2013 from a severe asthma attack, ahead of the opening of a coroner's inquest into the girl's death in London, Britain, Nov. 30, 2020. (AFP Photo)
by REUTERS Dec 17, 2020 10:08 am
RECOMMENDED

Air pollution contributed to the death of a London schoolgirl, a coroner ruled Wednesday in a landmark case that could push Britain to get tougher on traffic and clean up city air.

After a two-week inquest, coroner Philip Barlow said the death in 2013 of Ella Kissi-Debrah, aged 9, was caused by acute respiratory failure, severe asthma and exposure to pollution.

"I will conclude that Ella died of asthma contributed to by exposure to excessive air pollution," said Barlow from Southwark Coroner's Court in south London.

He said air pollution was a "significant contributory factor" that had exacerbated her asthma, with the principal source of her exposure being traffic emissions.

Under European Union laws, the annual average concentration level of nitrogen dioxide cannot exceed 40 micrograms per cubic meter of air (ug/m3) – a target Britain has missed for a decade.

It is unclear whether Britain will stick to that limit now it has left the EU, though the government has pledged to include air-quality targets as part of an environment bill.

The coroner said Kissi-Debrah's mother, Rosamund, was not informed of the health risks of air pollution, otherwise she would have taken steps to prevent her daughter's death.

"Today was a landmark case, a 7 year fight has resulted in air pollution being recognised on Ella's death certificate. Hopefully this will mean many more children's lives being saved," she wrote on Twitter.

Kissi-Debrah's family had pushed for this second inquest, arguing that an initial hearing in 2014 failed to consider air pollution as a possible cause of her death.

They said there was evidence to link Kissi-Debrah's hospital visits to illegal air pollution near her home in south London.

Campaigners and legal experts said the "historic" verdict could push the British government to get tough on air pollution.

"The coroner's unambiguous finding is a legal first and will certainly send a signal to the UK government," said Katie Nield, a lawyer at environmental law charity ClientEarth, which helped Kissi-Debrah's legal team.

"This is a historic and a ground-breaking decision which shows the devastating impacts of air pollution and the urgent need to clean up the air we breathe," said Larissa Lockwood, who leads Global Action Plan's clean air campaign.

"We hope this verdict will set a new precedent, putting air pollution higher on the agenda of our decision makers," she said in a statement.

The United Nations says air pollution should be viewed as a matter of human rights, causing 7 million premature deaths a year, 600,000 of them children.

Prolonged exposure to pollutants can cause diabetes, lung disease and cancer, and early evidence suggests air pollution may be linked to higher death rates among COVID-19 patients.

Low-emission zones are seen as a way to tackle traffic pollution, with about 200 in operation across Europe.

Even with the measures in place, the capital is only expected to reach legal pollution limits by 2025, according to a study by King's College London.

Britain said in November it would ban the sale of new petrol and diesel cars and vans from 2030, part of what Prime Minister Boris Johnson dubbed a "green revolution" to cut emissions to net zero by 2050.