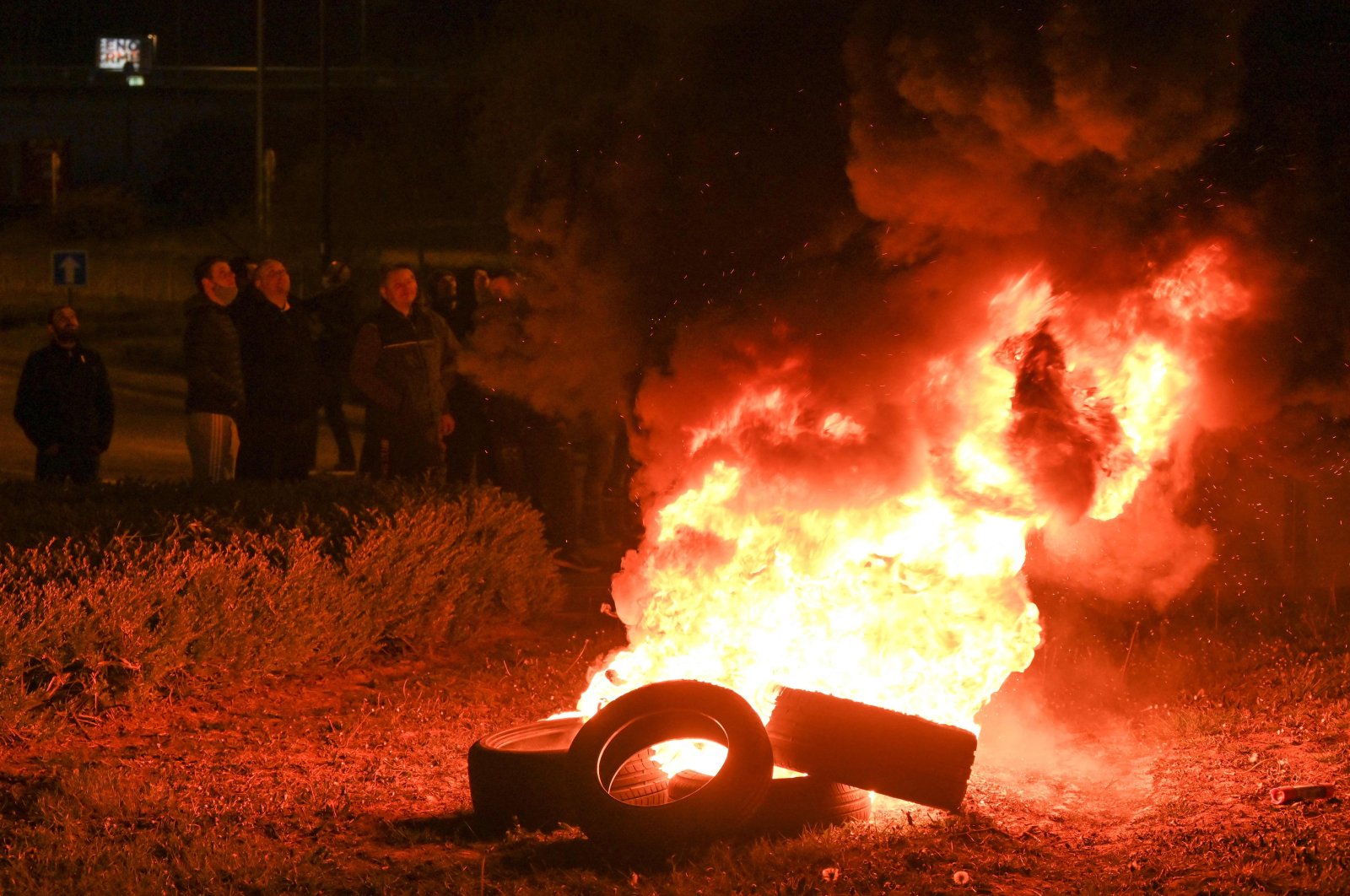 French fishermen stand near burning tyres as they gather as part of a protest action against the delay in granting licenses to access British waters at the port of Boulogne-sur-Mer on April 22, 2021. (AFP Photo)
by German Press Agency - DPA Apr 28, 2021 12:35 am
RECOMMENDED

Anger is rising among France's fishing crews over access to British waters after Britain split from the European Union.

Some fishermen met with the president of the regional council, Xavier Bertrand, on Friday morning. "They have been waiting for the promised licenses since January 1. These must now be issued and the fishermen prevented from working must be compensated," he wrote on Twitter.

More than 100 fishermen blocked trucks loaded with fish from Britain in Boulogne-sur-Mer on Thursday evening, French media reported. However, only a few trucks showed up.

The protest is mainly directed against the slow issuing of fishing licenses in London. Boulogne in the far north-east on the English Channel is the most important fishing port in France.

Minister for the Seas Annick Girardin and Secretary of State for Europe Clement Beaune had earlier intervened. "The full granting of licenses for access to British waters and the swift resolution of essential issues ... must be ensured as soon as possible," they said in a statement.

They called on the European Commission to act decisively to ensure the full application of the post-Brexit fisheries' agreement with Britain.

After the British left the EU, there was a complicated dispute over total fish catches and their distribution. At times, negotiations on a post-Brexit trade pact threatened to collapse over the fish issue.

In December, the EU states agreed on temporary fishing quotas until the end of July.

On Friday, the European Commission also gave the green light for 100 million euros (120 million dollars) in state support for fishing businesses in France. In concrete terms, this involves aid for fixed costs due to vessels not leaving port and compensation for loss of income.