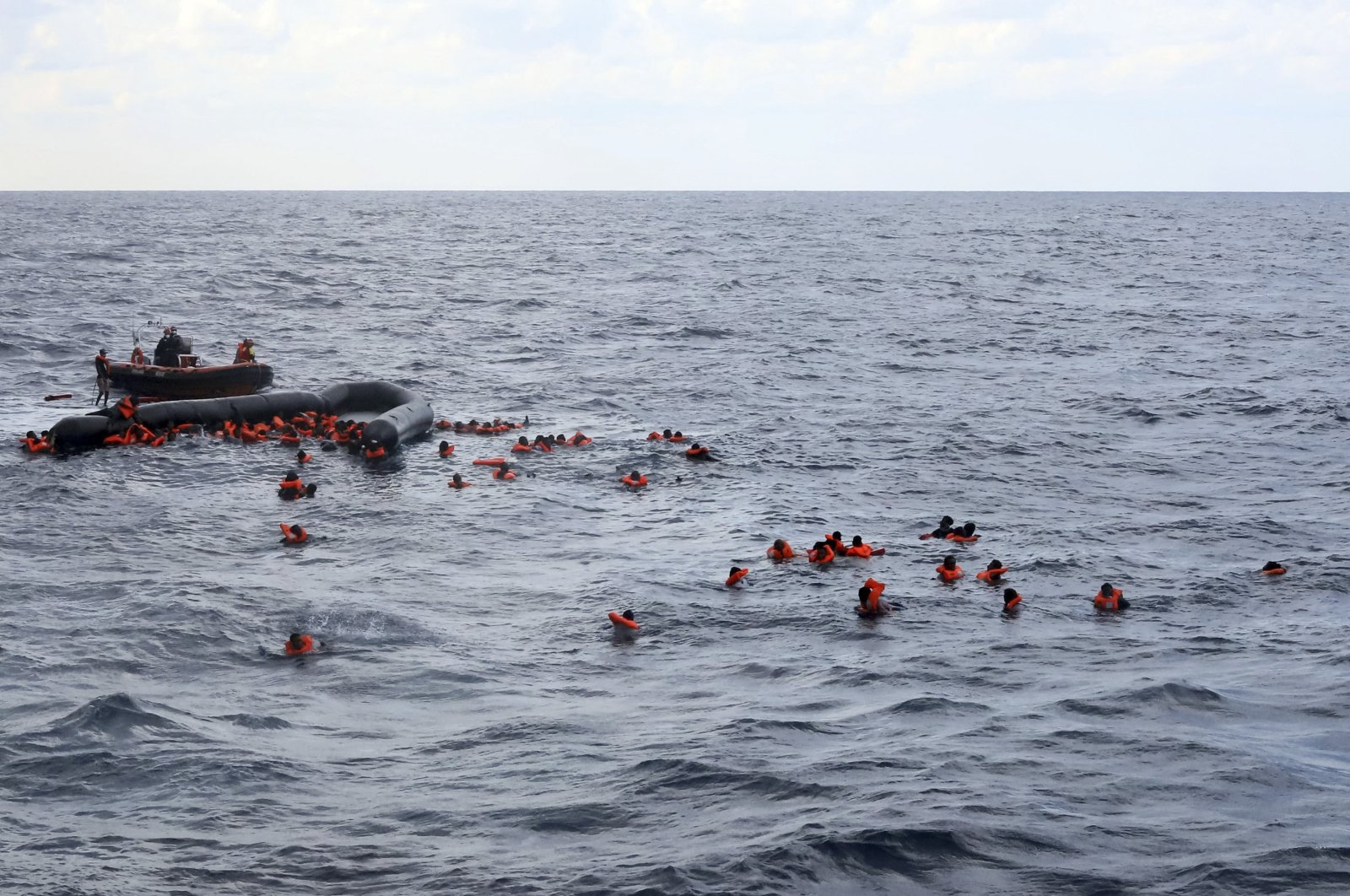 Refugees and migrants are rescued by members of the Spanish NGO Proactiva Open Arms in the Mediterranean Sea, Nov. 11, 2020. (AP Photo)
by Daily Sabah with DPA Nov 12, 2020 2:49 pm
RECOMMENDED

A 6-month-old baby died hours after he was plucked from the Mediterranean in the second shipwreck recorded this week in the waters north of Libya, a Spanish rescue group said Thursday, as children continue to become victims of migrant tragedies.

The infant's death follows the deaths of another 13 migrants, including a child, who died Tuesday after leaving Libya to try to reach European soil aboard an overcrowded rubber boat, the United Nations said.

The 6-month-old was among 111 survivors taken in by the Proactiva Open Arms rescue ship on Wednesday after it sent rescue units to a rubber dinghy whose hull had exploded off the Libyan coast. In the operation, five bodies were recovered. The death of the infant, said to have been named Joseph and to have come from Guinea, brought the total death toll from the shipwreck to six.

The dead baby, his mother and a pregnant woman were evacuated by the Italian coast guard and taken to Lampedusa island, an Open Arms spokesperson said. Three more survivors in urgent need of medical care, a 3-month-old baby girl, her mother and a 25-year-old man with serious heart trouble, were airlifted to Malta.

Proactiva Open Arms, currently the only active charity rescue vessel in the central Mediterranean, has 257 migrants on board, after three separate operations Tuesday and Wednesday. Five bodies are also still aboard the ship, Open Arms said on Twitter. "The #Med is a cemetery with no gravestones," the organization said.

So far this year, more than 575 people have perished in the Central Mediterranean trying to reach Europe, according to the International Organization for Migration (IOM). For months, small boats carrying migrants have been departing from Libya and Tunisia, usually trying to reach Italy. According to Italian Interior Ministry data, the country has registered almost 31,000 migrant arrivals in 2020 so far, compared to almost 10,000 over the same period last year.

The Mediterranean is the preferred route for migrants from Africa, mostly from Libya, who try to cross to Europe through Italy and Malta. Crossings significantly increase in the summer and fall, with NGOs from various countries carrying out a number of rescue operations at sea. In 2019, the IOM recorded 1,283 deaths in the Mediterranean, with the route between North Africa and Italy being the deadliest. At least 19,164 migrants are estimated to have died at sea in the last five years.