Another wildfire breaks out on Greece's Evia island 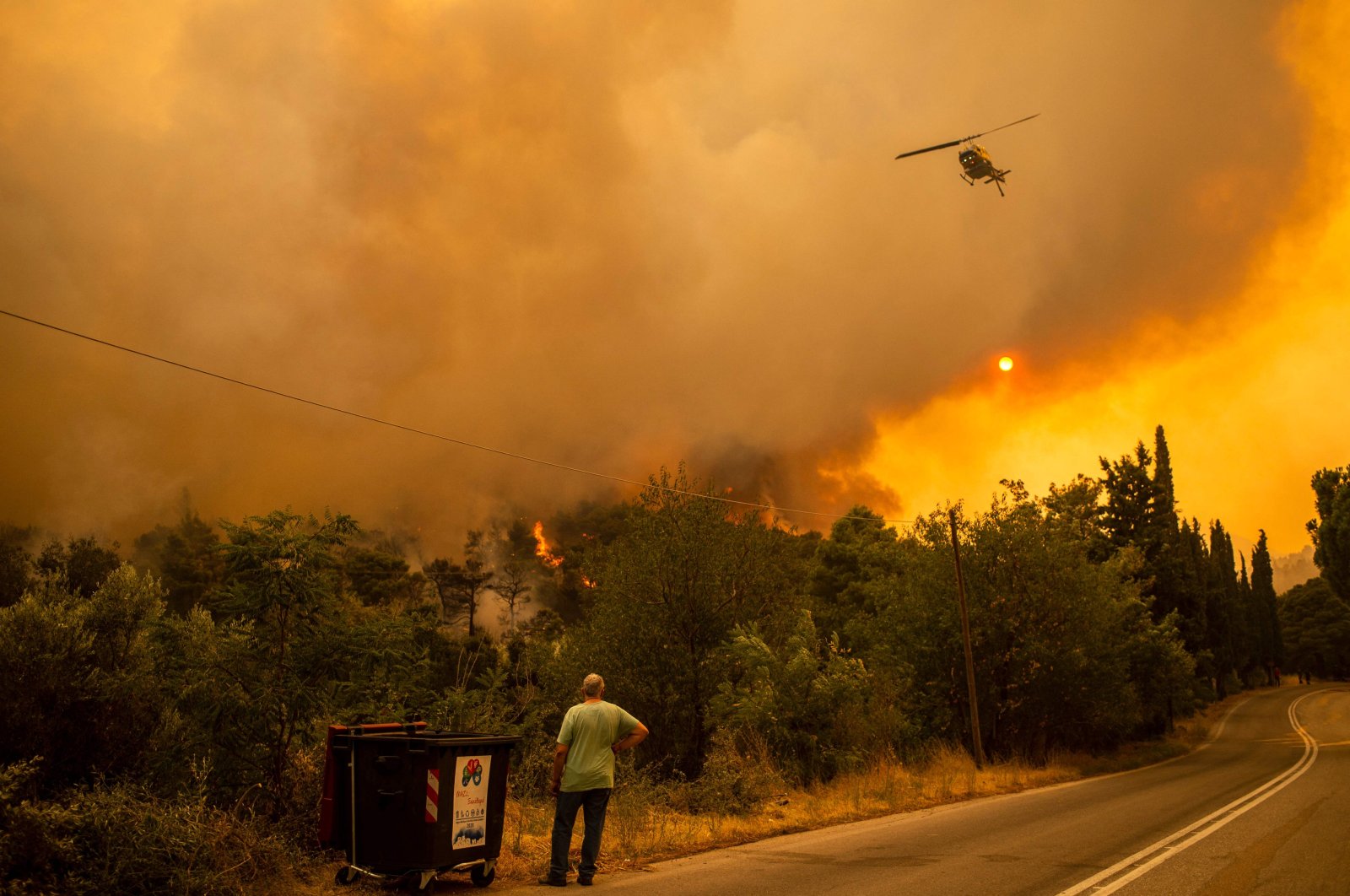 There is seemingly no respite in sight for Greece as the country has been battling wildfires for the better part of the month, and new blazes still ignite from time to time.

Greece’s fire department sent helicopters and firefighters to the country’s second-largest island of Evia on Monday, while the coast guard readied boats in case a sea evacuation became necessary as yet another forest fire broke out that was fanned by strong winds.

This month, which began with Greece’s most severe heat wave in about three decades, is quickly turning into one of the country’s most destructive fire seasons, with dozens of wildfires breaking out every day across the country.

Thousands have been forced to flee the flames, which have devoured forests, agricultural land, homes and businesses. Evia has been particularly badly hit, with a major blaze burning for more than 10 days in the island’s north, destroying tens of thousands of hectares from coast to coast.

One volunteer firefighter has died, and at least four more have been hospitalized with burn injuries.

The country’s firefighting capabilities have been stretched to the limit, leading the government to appeal for international help earlier this month as four major fires burned in separate parts of the country.

Monday’s fire broke out in southern Evia, near the island’s western coast. The fire department scrambled 64 firefighters with 26 vehicles, one ground team, nine helicopters and one water-dropping plane to battle the flames. It said the blaze was contained after several hours.

The coast guard said it had one lifeboat, one private boat and two ferries on standby in case a sea evacuation became necessary. In the earlier fire in Evia’s north, hundreds of people were evacuated by sea from beaches and coastal villages as the fire raced down the hillsides toward them.

Nearly 300 firefighters, including reinforcements sent from Romania, were also still at the site of a major blaze that broke out last Monday near the village of Vilia northwest of Athens and was brought under control Friday.

Fearing the strong winds over the weekend could rekindle the flames, hundreds of firefighters and volunteers backed by helicopters and water-dropping planes operated on the fringes of the burnt area on Saturday and Sunday, extinguishing small flare-ups.

The causes of Greece’s wildfires haven't yet been officially established, but more than a dozen people have been arrested on suspicion of arson, including a 14-year-old boy.

On Friday, Citizens Protection Minister Michalis Chrisochoidis said a special prosecutor for organized crime cases was involved in the investigation into the causes of the blazes.

Intense heat and wildfires have also struck other Mediterranean countries. Recent wildfires have killed at least 75 people in Algeria and 16 in Turkey, while in southern France 1,200 firefighters have been struggling to contain a major blaze that has forced thousands to flee, killed two people and injured 26.

Scientists say there is little doubt that climate change from the burning of coal, oil and natural gas is driving more extreme events.