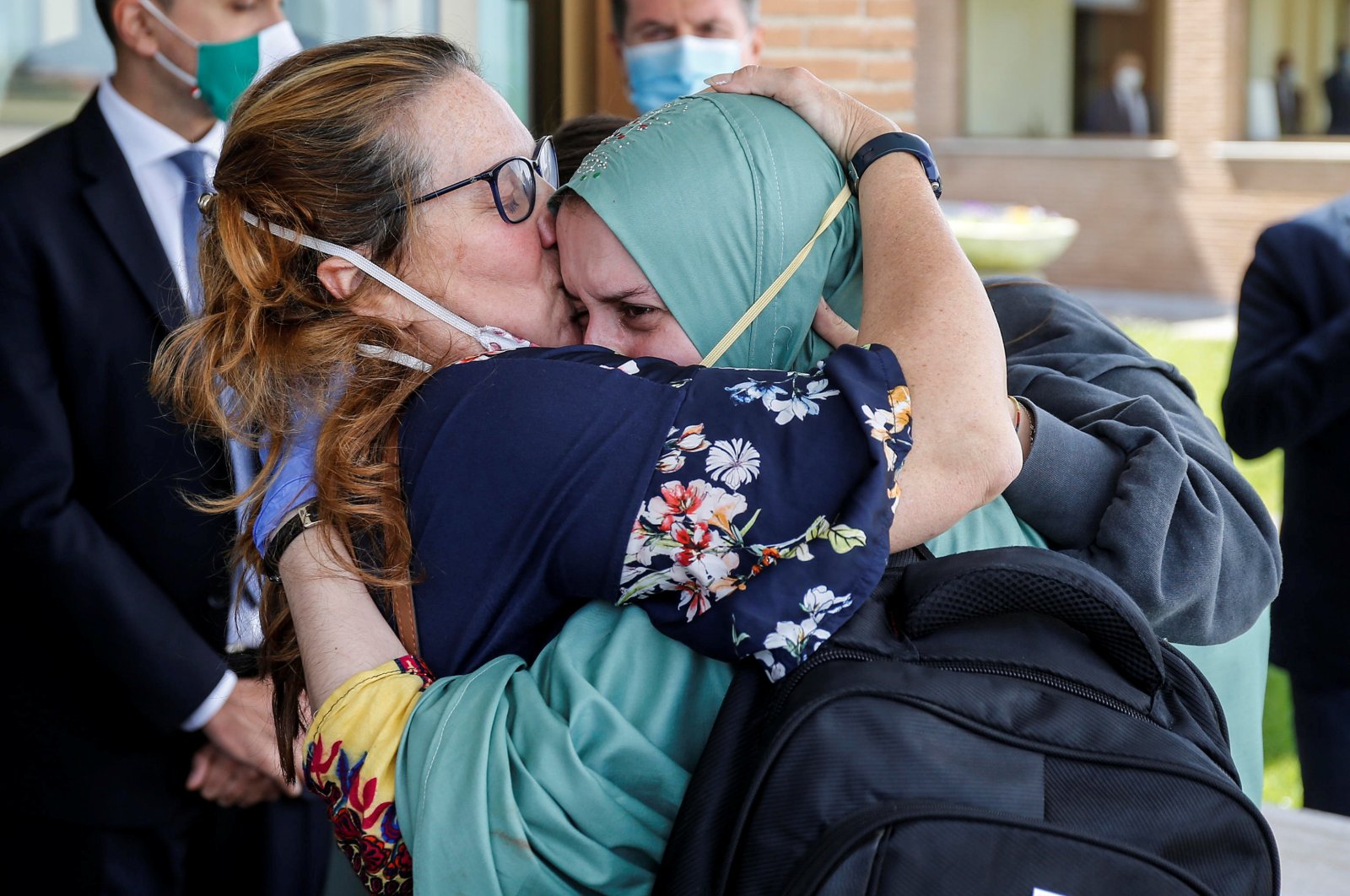 Silvia Romano, an Italian aid worker who was kidnapped by gunmen in Kenya 18 months ago, is kissed by her mother, Francesca Fumagalli, at Ciampino military airport in Rome, Italy, May 10, 2020. (Reuters Photo)
by Daily Sabah with Wires May 13, 2020 4:22 pm
RECOMMENDED

Hate speech and death threats toward Silvia Romano, an Italian aid worker rescued last week after she was kidnapped 18 months ago in East Africa, are mounting as the Italian media and politicians spearheaded a campaign because she converted to Islam during her captivity.

In the latest incident, Italia’s far-right League Party deputy Alessandro Pagano called Romano “the new terrorist” in a Lower House session Wednesday. While Deputy House Speaker Mara Carfagna, who is also a member of the League’s ally Forza Italia, said Pagano’s words were unacceptable, some members of other parties called on the racist deputy to apologize for his words.

Romano, 24, was greeted by Prime Minister Guiseppe Conte when she arrived in Italy on Sunday. However, once it was revealed that she converted to Islam on her own and was wearing a hooded garment that covered her hair, media outlets launched an immediate hate campaign against her.

A politician from the province of Treviso posted on Facebook that Romano should be hanged. The post was swiftly removed.

After Italian media reported that Rome paid a ransom of some 1.5 million euros ($1.6 million) to secure Romano's release, a claim unconfirmed by the government, Matteo Salvini, leader of the far-right opposition League party said, "Imagine the Islamic terrorists: They have brought home the money, committing a criminal act, and 'won' the cultural battle in the name of the Islamic veil and conversion."

As the hate speech on social media against Romano continued to mount, magistrates in the northern city of Milan have opened a probe into the threats, and police have stepped up patrols around her home.

Gunmen seized Romano, who was working for an Italian charity called Africa Milele, from southeastern Kenya in November 2018.

She was found in Somalia, some 30 kilometers (19 miles) outside the capital of Mogadishu and was released Sunday thanks to efforts of the Turkish National Intelligence Agency (MİT).