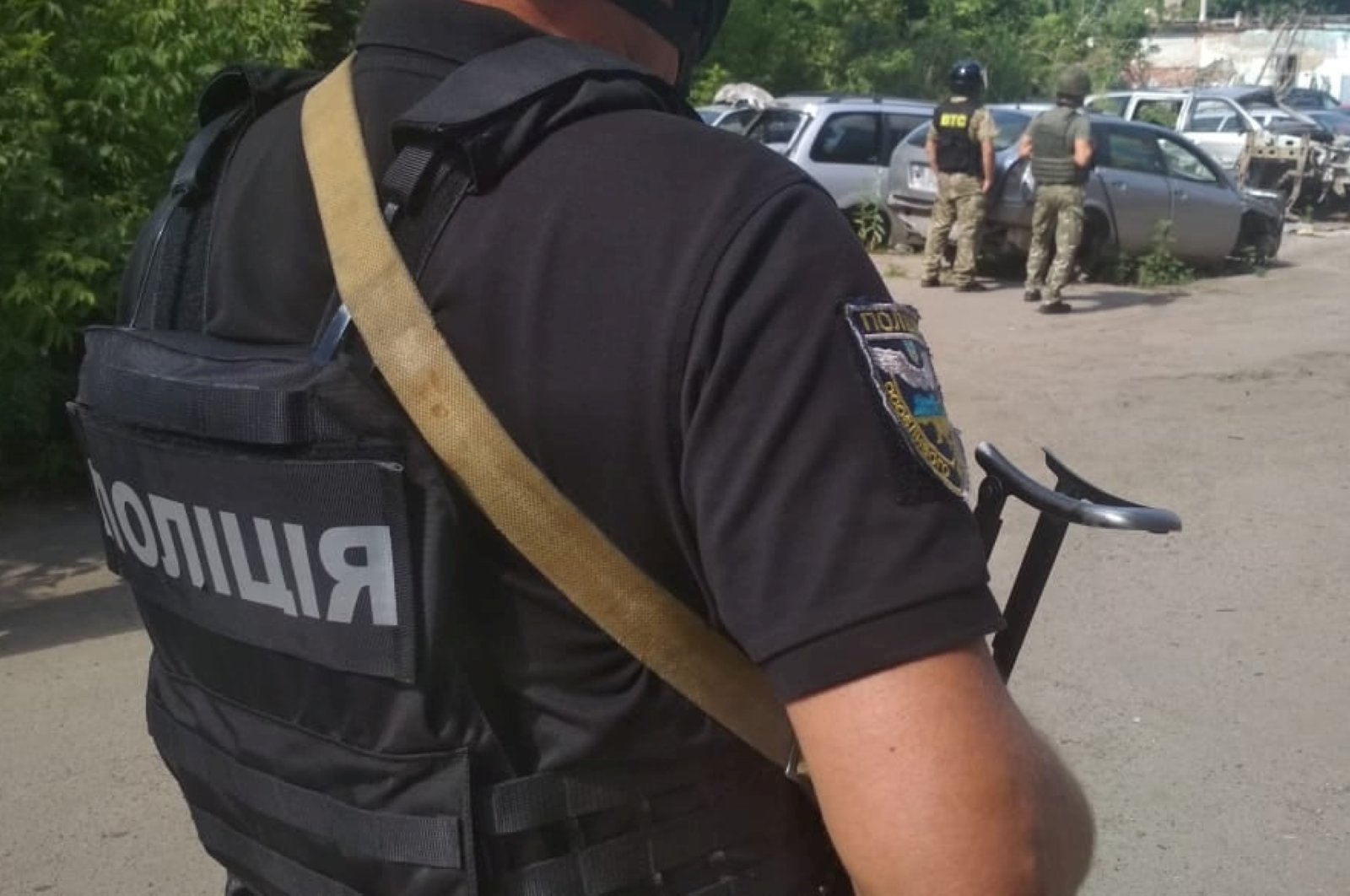 Ukrainian law enforcement officers are seen near a site where a man armed with a grenade holds a policeman hostage in Poltava, Ukraine, July 23, 2020. (Reuters Photo)
by ASSOCIATED PRESS
Jul 23, 2020 4:47 pm

A criminal suspect brandishing a hand grenade forced a senior police officer to drive him for hours through the Ukrainian countryside Thursday, chased by police, officials said.

More than six hours after the pursuit began, the man left his hostage in the car and fled into a forest, police said. They said the officer was unharmed and the operation to detain the assailant is under way.

The incident started when officers tried to detain the man accused of stealing a car outside a court building in Poltava. He took one of them hostage and threatened to blow up the officer and himself with a hand grenade.

He then agreed to swap the officer for the chief of regional criminal police, who took the wheel of a car provided by police at the kidnapper's request.

Police vehicles chased the car for several hours along country roads. Officials identified the man as 32-year-old Roman Skripnik, who had three criminal convictions for theft, fraud and drug possession.

The incident in Poltava comes two days after another armed man in Ukraine seized 13 hostages on a bus in the western city of Lutsk and held them for more than 12 hours before surrendering to police. All hostages were freed unharmed.

The assailant agreed to release the hostages following a call with Ukrainian President Volodymyr Zelenskiy, who agreed to post a video urging all Ukrainians to watch "Earthlings,” a 2005 American documentary exposing humanity’s cruel exploitation of animals.