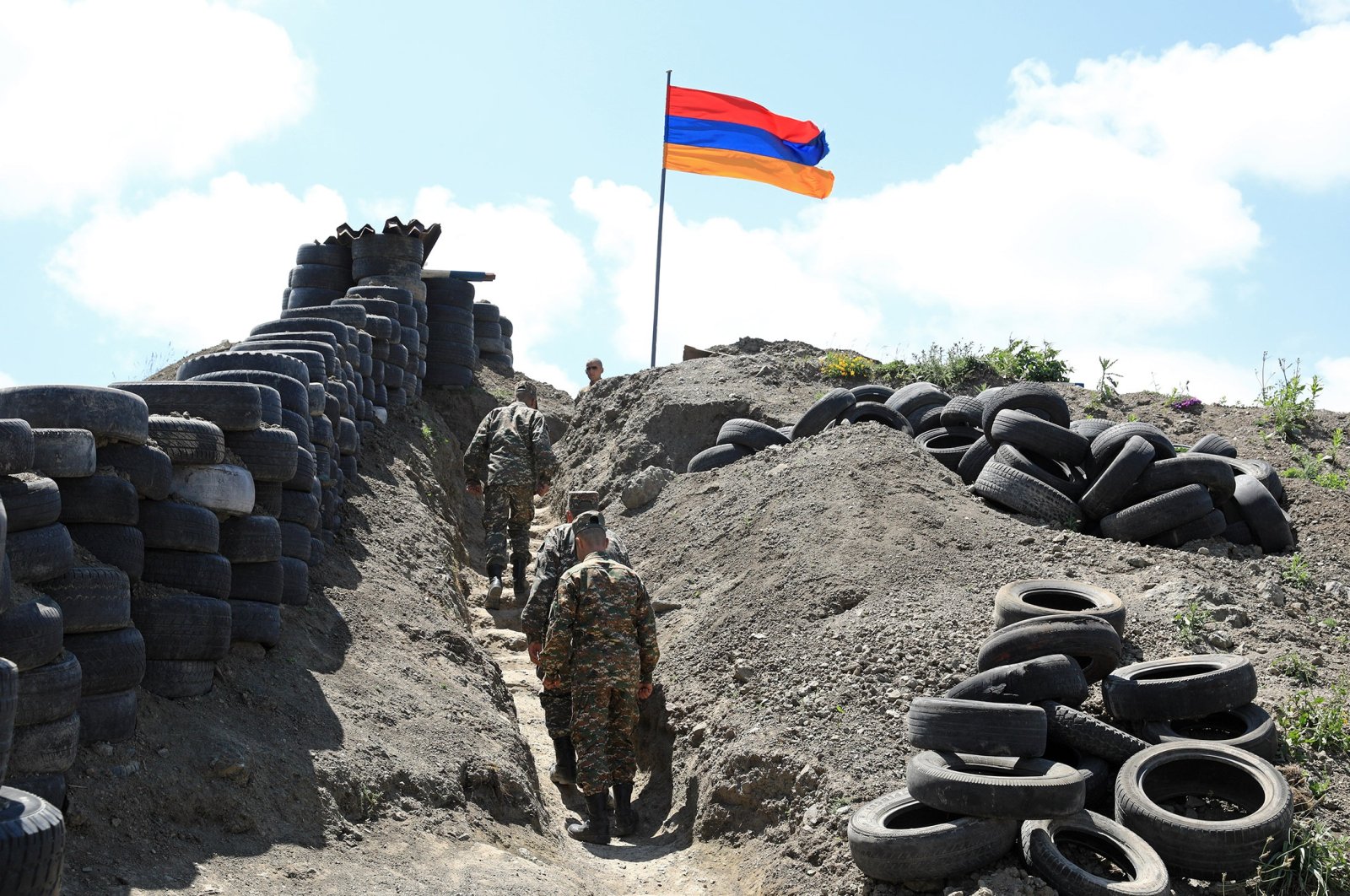 A flag over an observation post at an Armenian checkpoint at the Sotk gold mine on the border with Azerbaijan, June 18, 2021 (Reuters Photo)
by DAILY SABAH WITH AA
Aug 02, 2021 9:51 am

Armenian soldiers have been carrying out attacks on Azerbaijani positions in the Nakhchivan Autonomous Region for the second day in a row on Monday.

Azerbaijan stated that there were no casualties but that the attack was responded to.

Attacks by Armenia on the mutual border have increased in the past few weeks. Most recently, the Turkish defense ministry pointed to this increase and stated that Yerevan has been ignoring the calls for peace by Azerbaijan’s President Ilham Aliyev.

During the conflict, Azerbaijan liberated several towns and nearly 300 settlements and villages from the Armenian occupation. Fierce fighting persisted for six weeks despite efforts by France, Russia and the United States to broker cease-fires, before Armenia and Azerbaijan signed a Moscow-brokered peace deal on November 9.