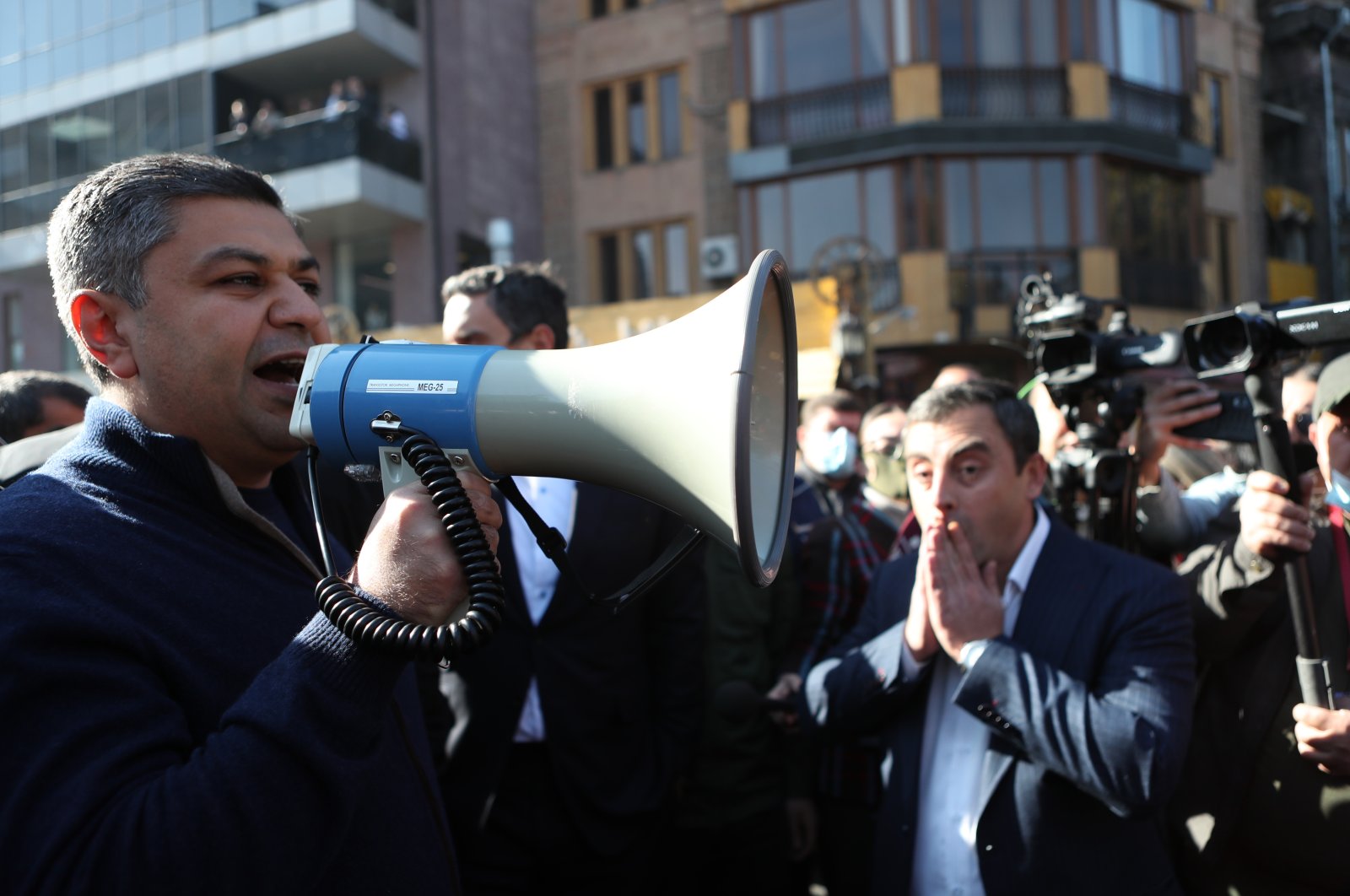 Vanetsyan's lawyers described the arrest as a "shameful persecution of opponents."

Anger has been mounting over Pashinian's decision to cede swathes of territory as part of cease-fire deal with Azerbaijan. Thousands of people converged on the streets of the capital Yerevan in demonstrations this week, while protesters stormed and ransacked government buildings, demanding Pashinian's resignation.

On Saturday, crowds gathered on Yerevan's Liberty Square, where they lit candles in memory of soldiers killed in the fighting.

They then marched silently through the streets toward the Matenadaran museum of ancient manuscripts where priests held a requiem service.