Assange fails to gain release from prison during coronavirus pandemic 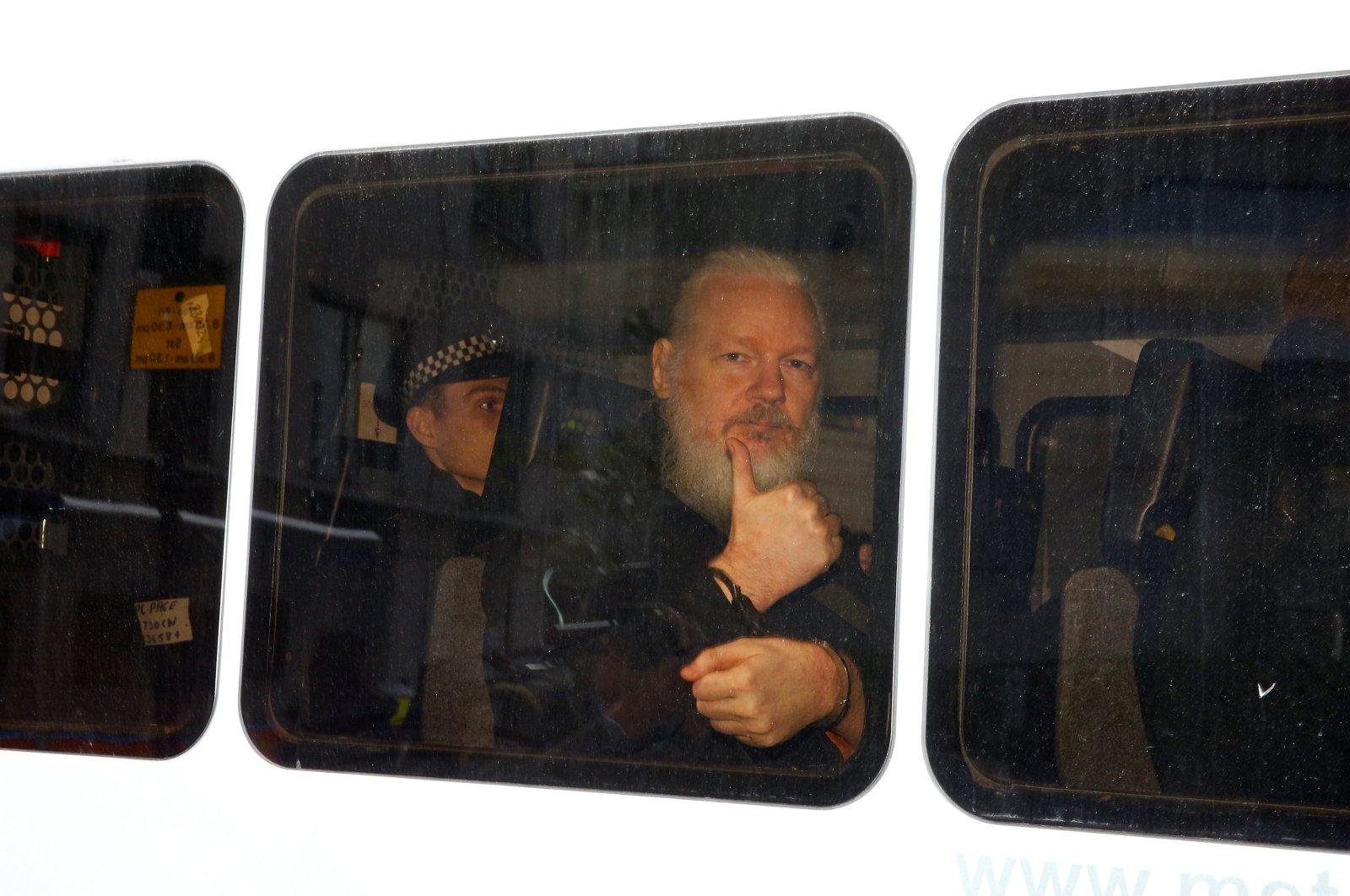 WikiLeaks founder Julian Assange is seen in a police van after he was arrested by British police outside the Ecuadorian embassy, London, April 11, 2019. (Reuters Photo)
by Compiled from Wire Services Mar 25, 2020 5:12 pm
RECOMMENDED

WikiLeaks founder Julian Assange, who is fighting extradition from Britain to the United States, was denied bail on Wednesday after his lawyers said he should be released because he was at high risk of contracting the coronavirus in prison.

The 48-year-old is wanted by the U.S. on 18 criminal counts of conspiring to hack government computers and violating an espionage law, and says he could spend decades in prison if convicted.

“As matters stand today, this global pandemic does not as of itself provide grounds for Mr. Assange’s release," said judge Vanessa Baraitser at Westminster Magistrates' Court.

She said Assange's past conduct showed how far he was prepared to go to avoid extradition proceedings, and there were substantial grounds to believe that if released he would abscond again.

She was referring to the fact that Assange skipped bail and fled to the Ecuadorean embassy in London in 2012 to avoid extradition to Sweden, where he was wanted at the time to answer questions on alleged sex crimes. The allegations have since been dropped.

London's Woolwich Crown Court adjourned hearing a U.S. extradition request for Assange on Feb. 27, after four days that focused on whether or not his alleged crimes were political. The hearing is due to resume on May 18, but the coronavirus outbreak makes postponement likely.

Assange remained holed up in the embassy for seven years. He was eventually dragged out after Ecuador revoked his asylum. He is being held at Belmarsh Prison in London.