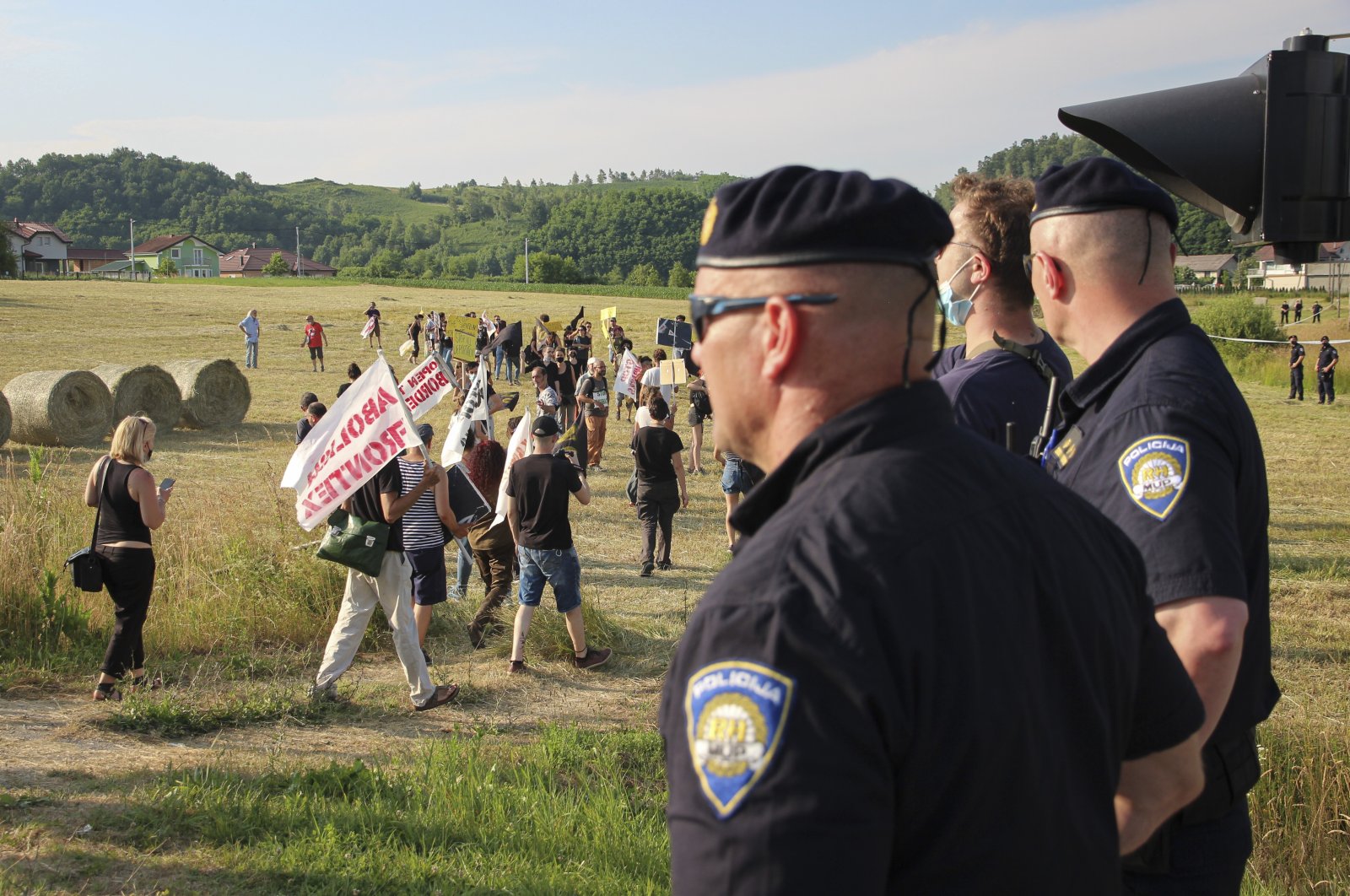 Croatian police officers stand as people walk with banners during a protest against the violent pushbacks of migrants, allegedly conducted by Croatian police, near the border crossing between Croatia and Bosnia Herzegovina in Maljevac, Croatia, June 19, 2021. (AP File Photo)
by German Press Agency - DPA Sep 24, 2021 10:03 pm

The number of asylum applications to the European Union more than doubled between April and June compared to the same period in 2020, according to Eurostat.

A total of 103,895 people made an initial asylum application to the EU, according to Eurostat, an increase of 115% compared to the same period last year, and up 9% compared to the previous quarter.

The current level of applications remains far below levels seen in 2015 and 2016 however, when more than 1 million people sought asylum each year, as people fled war and poverty in the Middle East.

Asylum applications dropped significantly in spring 2020 when governments around the world introduced travel restrictions to stem the spread of COVID-19.

The number of applications from Afghans increased by 216% compared to the same period last year, and by 28% compared to the first quarter of 2021, significantly greater increases than for people from Syria or Pakistan.

Those three countries registered 61% of all initial applications in the EU between April and June.

Germany and France are the two most populous countries in the EU, while Spain ranks fourth.