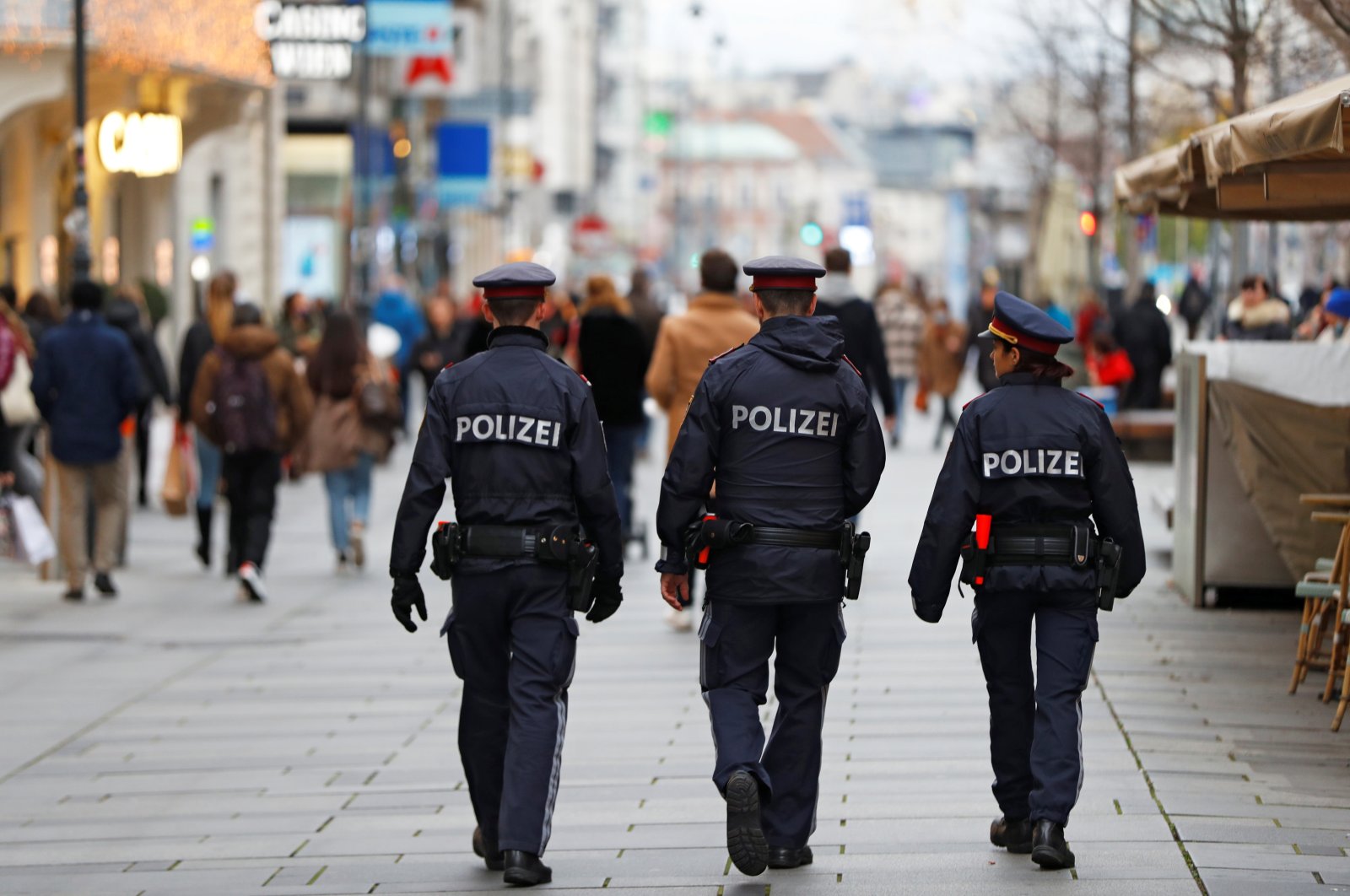 Police officers walk down a shopping street after the Austrian government announced a lockdown including the closure of all nonessential shops, as the spread of coronavirus continues, in Vienna, Austria, Nov. 16, 2020. (Reuters Photo)
by daily sabah
Nov 17, 2020 10:51 am

Austrian police came under fire for recent raids targeting Muslims, in which they asked a series of offensive questions and subjected children to poor treatment, according to a nongovernmental organization (NGO).

Some 60 homes, including those of activists and academics, were raided by Austrian police as part of a counterterrorism operation on Nov. 9.

The individuals detained as part of the operation were treated like terrorists, according to the Palestine Solidarity Platform Austria (Palästina Solidarität Österreich).

Police raided the homes of Muslims at 5 a.m., forced residents, including young children, out of their homes and did not even let them take coats or jackets even though the weather was extremely cold, the platform said in a statement.

The security forces also asked a series of irrelevant questions to occupants of the same homes as the targeted suspects. For instance, they asked children where their fathers "hide the money," if the residents go to mosques, and how frequently they perform religious rituals at home, claiming that they were trying to determine if the suspects were radical or not.

According to the Anadolu Agency (AA), the officials asked the detained individuals around 70 questions.

Some of these questions include if the suspects have friendly relations with non-Muslims in Austria, the suspects' thoughts about female genital mutilation, if women and men should be considered as equal, if their wives wear an Islamic headscarf and if they think a woman can reject putting on the headscarf, if they determine the spouses of their children, or if they pay attention to their children's worship practices, if they wake women and children up at 4 a.m. for the morning prayers and if their wives go shopping on their own.

Austria has been criticized for becoming the center of anti-Muslim policies in Europe.

The Austrian government prepared a program to card-index Islamic institutions in the country under the pretext of fighting "political Islam."

The government's move led to reactions from the public, especially the Muslim minority, who think that authorities see Muslims as potential criminals.

The government, which seems to never take into consideration the rising racism and Islamophobia in the country, has allocated 500,000 euros ($571,243) for the planned center.

An annual report published in June by the European Commission against Racism and Intolerance (ECRI) warns that the public discourse in Austria has become "increasingly xenophobic," and the political actors are playing a part in this. The report describes political speeches as "highly divisive and antagonistic," targeting Muslims and refugees.