Azerbaijanis call for mobilization against Armenia 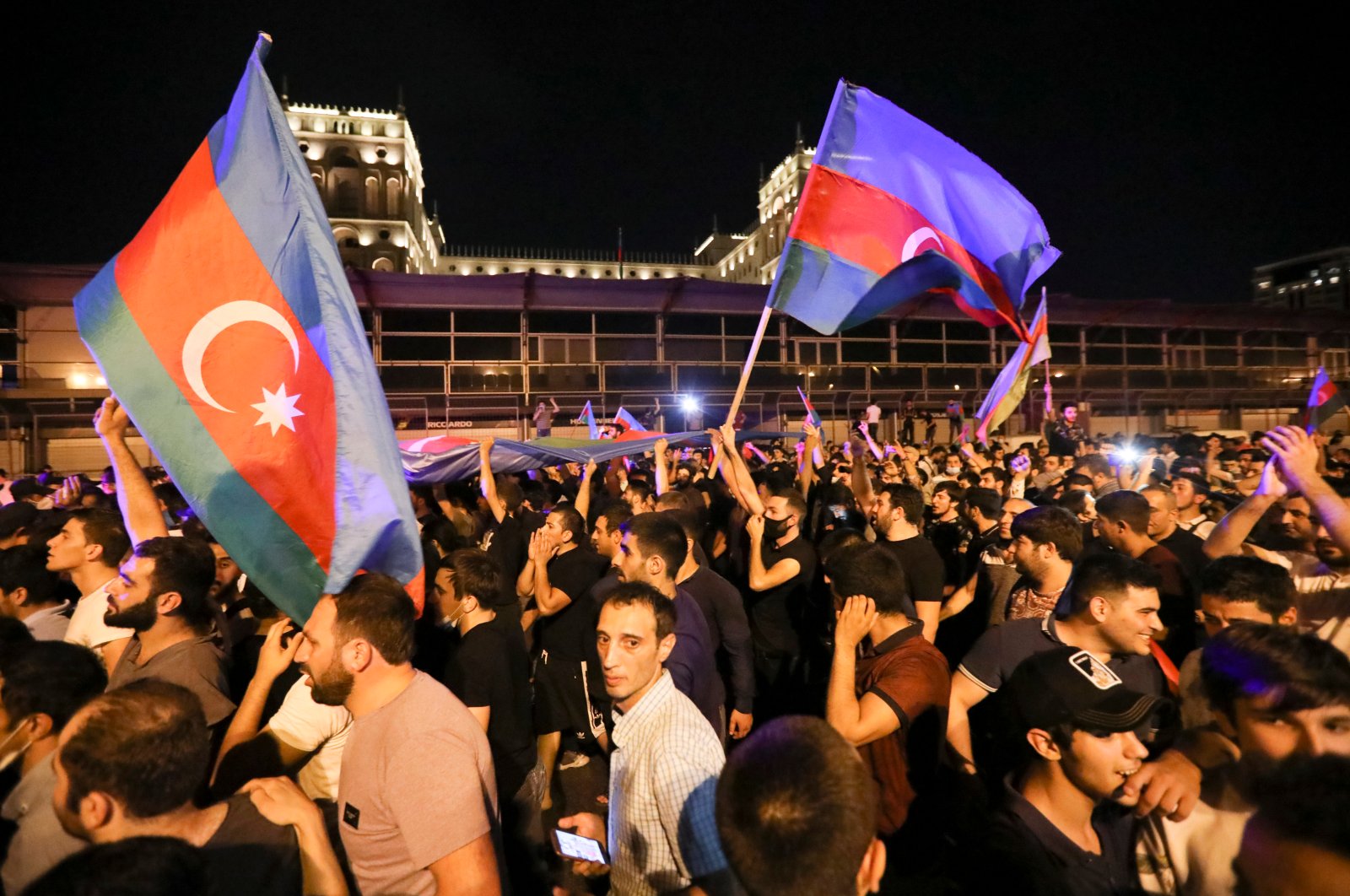 Azerbaijanis gathered early Wednesday in front of the National Assembly building in the capital demanding that they be mobilized amid clashes with Armenian forces on the frontier.

Thousands of Azerbaijanis marched in the streets of Baku to protest the occupation of Upper Karabakh by Armenia and attacks by its forces since Sunday on border positions of the Azerbaijani army, which have resulted in casualties.

Azerbaijanis living in Baku and surrounding areas formed a cortege in the streets of the city in the evening.

Holding Azerbaijani flags and chanting "Karabakh is ours, and will remain ours," they gathered in front of the country's parliament building, where they demanded the government declare a mobilization as they are ready to go to the frontlines and protect their motherland.

As a result, an Azerbaijani civilian was killed in artillery fire in the village of Aghdam in Tovuz.

"Targeting Azerbaijani civilians with heavy guns is clear proof of fascism and barbarism. This is part of the occupation policy of Armenia. The Armenian side has purposefully killed Azerbaijani civilians before, thus committing acts of crime against humanity," Azerbaijan's Foreign Ministry said in a statement.

A total of 11 Azerbaijani soldiers have been killed, including high-ranking officers, and another four wounded in fighting with Armenian forces since Sunday.

Nearly 100 Armenian soldiers have been killed during the period, according to Kerim Veliyev, Azerbaijan's deputy defense minister. Azerbaijan earlier stated that Armenia hides its casualties.

On Tuesday, President Recep Tayyip Erdoğan condemned the Armenian attack, adding that Turkey will not hesitate to stand against any kind of attack targeting Azerbaijan.

Upper Karabakh, or Nagorno-Karabakh, an internationally recognized territory of Azerbaijan, has been illegally occupied since 1991 through Armenian military aggression.

Four U.N. Security Council resolutions and two U.N. General Assembly resolutions as well as decisions by many international organizations refer to this fact and demand the withdrawal of the occupational Armenian forces from Upper Karabakh and seven other occupied regions of Azerbaijan.